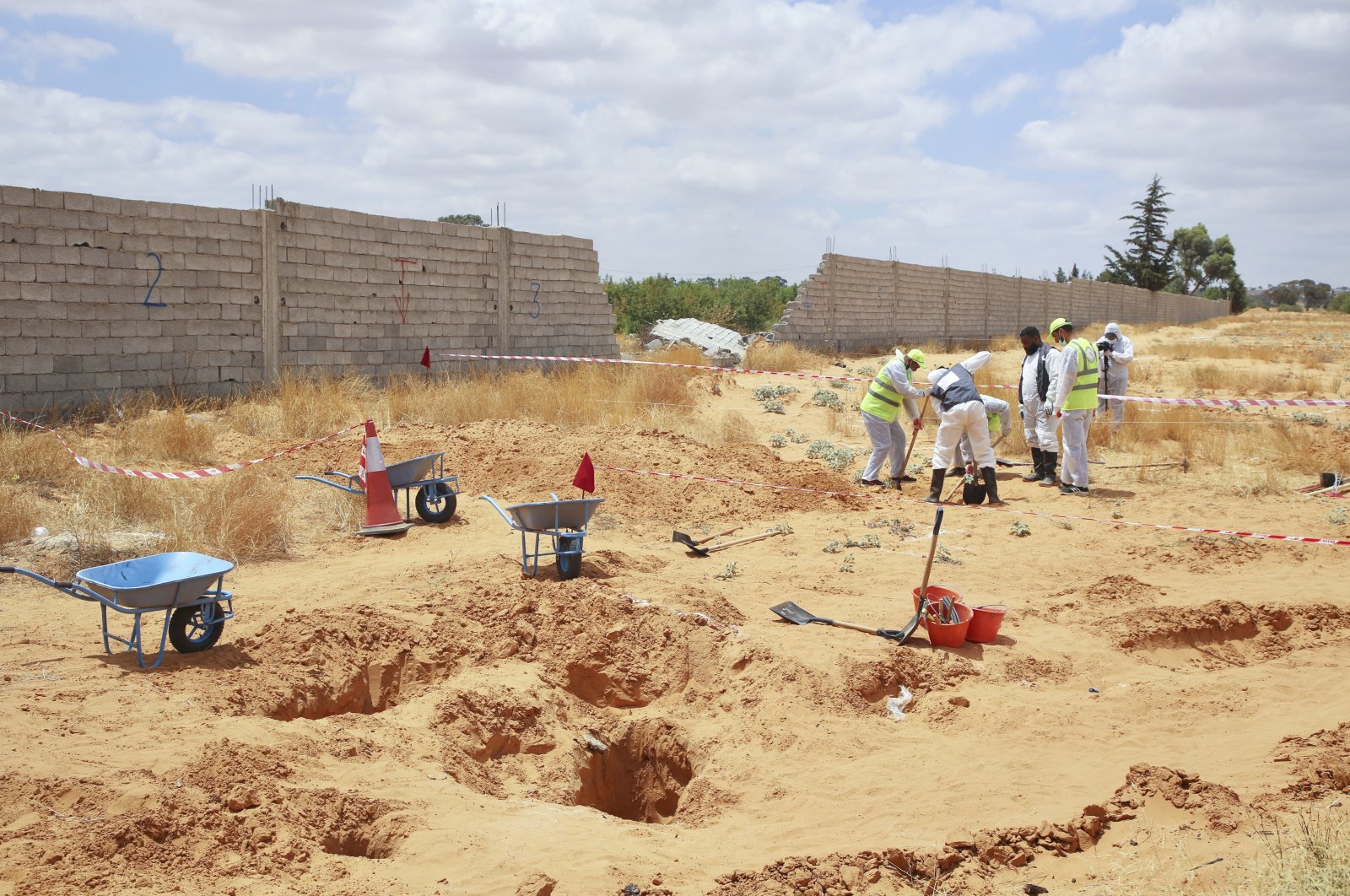 "Two sites were discovered. Four unidentified bodies were extracted from the first and six from the second," the department charged with searching for remains said in a statement on Monday.

It also published pictures showing a number of holes in what it said was a local landfill site, adding that it expected to unearth more bodies.

The grim discovery came as a United Nations fact-finding mission found that all parties to Libya's decadelong conflict have violated international humanitarian law since 2016, with some possibly guilty of war crimes.

After starting their reign of terror in 2015, "the militia often abducted, detained, tortured, killed and disappeared people who opposed them or who were suspected of doing so," according to residents' testimonies cited by the Human Rights Watch.

Haftar used Tarhuna as a rear base for his aborted attack on Tripoli, and more than 150 bodies have been found since his forces' withdrawal in 2020.

Members of the Kaniyat have been sanctioned by the United States and Britain.

Their chief Mohamed al-Kani was shot dead in the eastern city of Benghazi in July and others are rumored to have fled east or abroad, reports that are not possible to verify.

Libya has seen a decade of violence since the fall in 2011 of dictator Moammar Gadhafi in a NATO-backed rebellion, with a myriad of militias and foreign forces becoming involved.

Haftar’s 2019 offensive, supported by Egypt, the United Arab Emirates (UAE) and Russia, collapsed in June 2020 when the Tripoli government, with support from Turkey and Qatar, gained the upper hand. A U.N.-brokered cease-fire was reached in October that stopped hostilities.