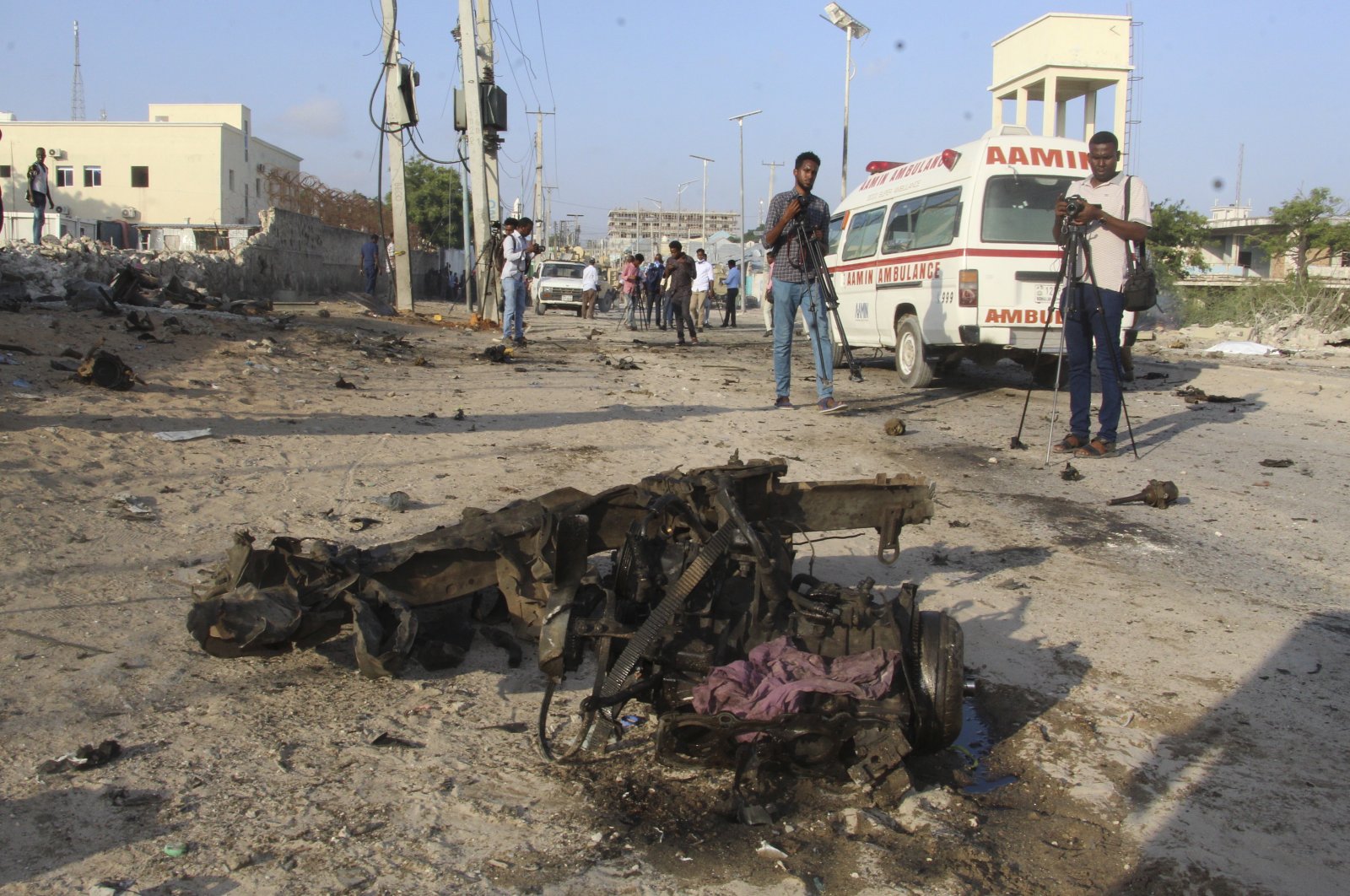 At least three people were killed and several others wounded when an al-Shabaab terrorist rammed his explosives-laden car into a security convoy in the Somali capital Mogadishu on Thursday, officials said.

The suicide bombing took place at a busy intersection near Villa Baidoa, the Somali military's second headquarters in Mogadishu.

Abdifatah Hassan, a police officer in Mogadishu, told Anadolu Agency (AA) over the phone the suicide car bomb blast targeted a convoy carrying personnel of the African Union Mission in Somalia (AMISOM). "We don't know if there are AMISOM casualties," he said.

The wounded were transported to nearby Madina hospital, he added.

Yasin Adan, a paramedic, told AA that he saw several wounded civilians lying on the ground crying before they were taken to the hospital.

Al-Qaida-affiliated terrorist group al-Shabaab later claimed responsibility for the attack, saying that it had targeted United States officers working for a defense company called Pacific Architects and engineers who were part of the AMISOM convoy.