300 mercenaries fighting on Haftar’s side to exit Libya 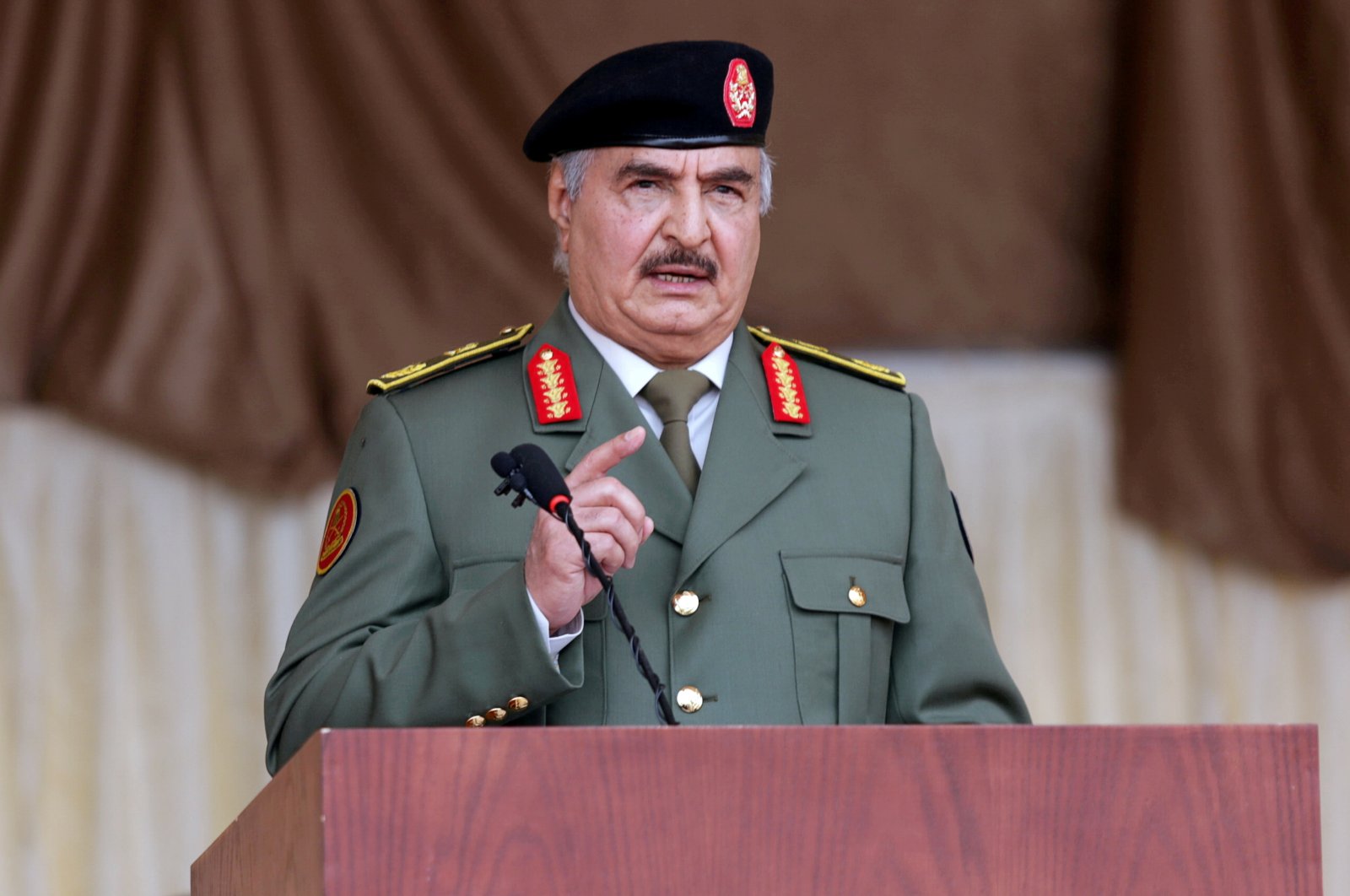 Some 300 mercenaries that were fighting in the ranks of putschist Gen. Khalifa Haftar will leave the country at France’s request, forces of the warlord said Thursday ahead of the Paris conference on the war-torn country.

The announcement, which gave no timeline for their exit, comes on the eve of an international conference in Paris aimed at ensuring Libya sticks to plans to hold elections in December, in a bid to restore stability in the North African country.

The United Nations estimates that 20,000 mercenaries and foreign fighters are deployed in Libya, including from the Russian private security firm Wagner, as well as from Chad, Sudan and Syria.

Haftar, who has been accused by critics of wanting to establish a military dictatorship in Libya, was backed by the United Arab Emirates (UAE), Egypt, Russia and France, while Turkey provided military aid to the internationally recognized Tripoli administration.

A "first group of 300 mercenaries and foreign fighters" are to be repatriated "at the request of France," representatives of Haftar's east-based forces said in a statement.

It said the decision was taken by the military command of Haftar's self-styled Libyan National Army and the withdrawal of foreign fighters would be coordinated with the U.N. mission in Libya and the home countries of the fighters.

The nationality of the fighters was not specified.

The statement, a copy of which was received by Agence France-Presse (AFP), was released by pro-Haftar delegates to the so-called 5+5 military commission made up of rival camps in Libya's conflict.

The commission is tasked with implementing a cease-fire brokered by the U.N. in October last year between the rival eastern and western camps.

A U.N. report released in October revealed that all sides in Libya, "including third states, foreign fighters and mercenaries, have violated international humanitarian law ... and some have also committed war crimes."

Libya has been struggling to move past the violence that has wracked the oil-rich nation since a 2011 NATO-backed uprising toppled and killed dictator Moammar Gadhafi.

The October 2020 cease-fire brought to an end a fierce yearlong battle sparked by Haftar's bid to seize the capital Tripoli.

It also led to a fragile unity government taking office in March, with a mandate to take the country to elections.

Part of an agreed roadmap backed by the U.N. is to hold presidential and legislative elections in December.

On Monday, Libya opened registration for candidates in the polls, with the presidential vote to take place in December and legislative polls in January.

In Thursday's statement, Haftar's faction said the withdrawal of the 300 foreign mercenaries and fighters would be a "unilateral" gesture, adding they expect nothing in return from the government in Tripoli.

But despite a year of relative peace since the October 2020 cease-fire, a U.N.-led transition process has been overshadowed by wrangling over the legal bases for upcoming elections and whether the various factions will recognize the results of the polls.

"The elections are within grasp ... but there are 'spoilers' who are trying to derail the process," a French presidential official said ahead of the meeting.

Macron also wants the conference to endorse a plan for the departure of all foreign forces and mercenaries, the French presidential official added.

Turkey will also attend the conference and will be represented by Deputy Foreign Minister Sedat Önal.