37 dead in western Niger after fresh attacks by radicals 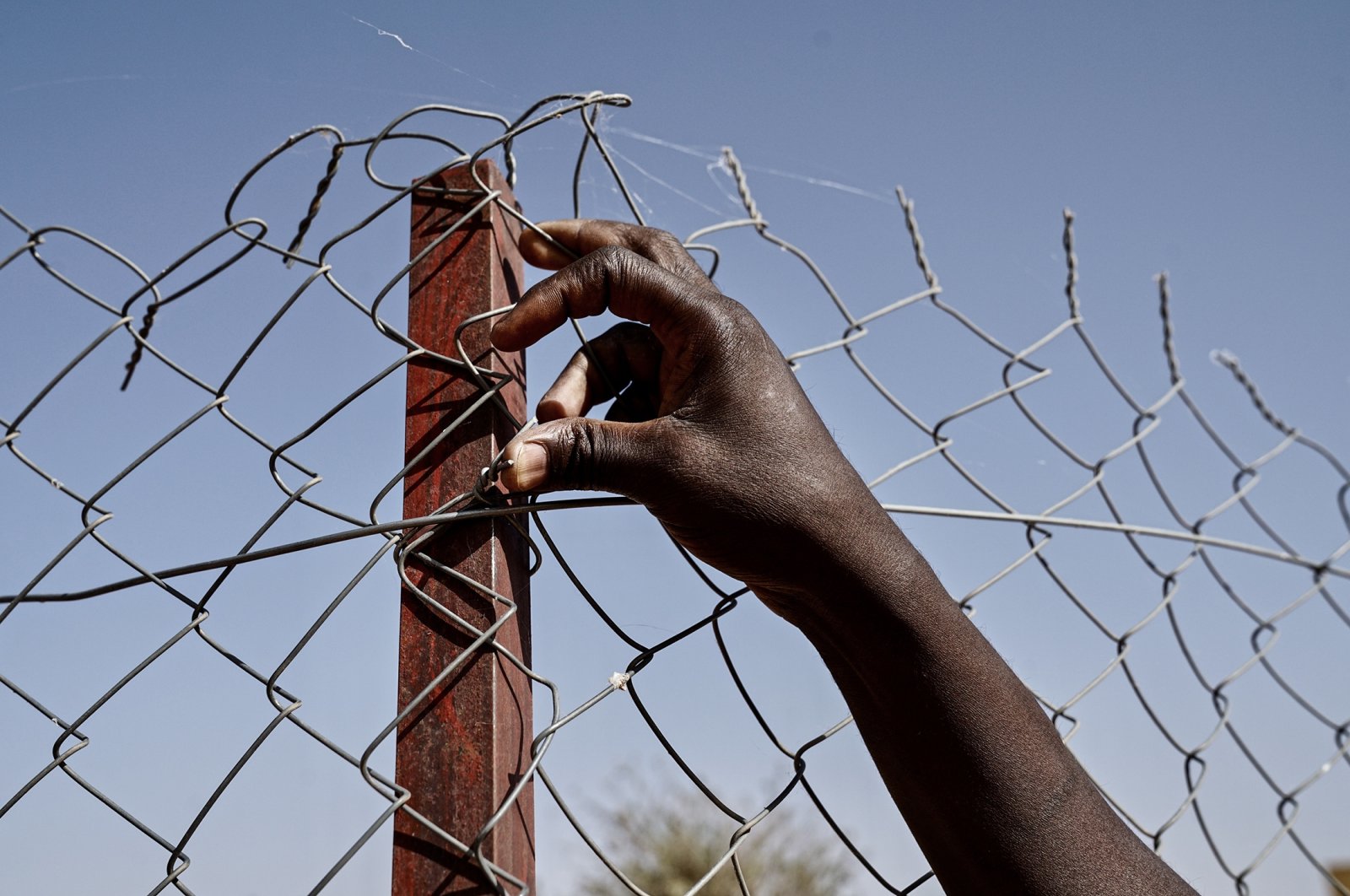 The hand and arm of a refugee on the perimeter fence of Tillaberi Refugee settlement located some 50 miles (80 kilometers) from Niger's capital of Niamey, Dec. 13, 2019. (Getty Images Photo)
by French Press Agency - AFP Aug 17, 2021 3:27 pm
RECOMMENDED

The assailants "arrived on motorbikes" in the village of Darey-Daye in the Tillaberi region on Monday afternoon as people were working in the fields, a local official said.

"The toll is very high – there were 37 dead, including four women and 13 children," the source said.

A local journalist confirmed the toll and described the attack as "very bloody."

"They found people in the fields and shot at anything that moved," he said.

The deaths bring the unofficial death toll from extremist attacks in western Niger to more than 450 since the start of the year. It is also the fifth attack in this area of Tillaberi in as many months, claiming 151 lives.

Rated the world's poorest country by the U.N.'s Human Development Index, Niger lies in the heart of the arid Sahel region of West Africa, which is battling a nine-year-old extremist insurgency.

The bloodshed began in northern Mali in 2012 and then spread to the centre of the country before hitting neighbouring Niger and Burkina Faso.

Tillaberi has borne the brunt of the crisis.

Darey-Daye, located 40 kilometers (25 miles) east of the town of Banibangou, was already reeling from a bloody assault on March 15.

Suspected extremists killed 66 people in attacks on the village and on vehicles of shoppers returning from the weekly market in Banibangou.

According to a toll issued last Wednesday by Human Rights Watch (HRW), more than 420 civilians have been killed in extremist attacks in Tillaberi and the neighbouring region of Tahoua this year. Tens of thousands of people have fled their homes.

Among those killed were village chiefs, imams, people with disabilities and "numerous children," some executed after being ripped from their parents' arms, HRW said.

The Banibangou department lies in the so-called "tri-border" area where the frontiers of Niger, Burkina Faso and Mali converge.

The area is notorious for attacks by highly mobile extremists linked to Al-Qaeda and the Daesh.

Three attacks by gunmen on motorbikes were carried out in the Banibangou area on July 25 and 29 and August 9, killing 48 people, according to the authorities.

Atrocities have also been committed in southeast Niger by Nigerian extremists from Boko Haram and the Daesh's offshoot in West Africa Province (ISWAP).

Meanwhile, in northern Mali authorities said hundreds of people had fled their homes a week after extremist attacks on the villages of Karou, Ouatagouna and Daoutegeft, near the border with Niger, left 42 dead.

"The terrorists gave orders to the population to leave their villages. Other civilians left out of fear," a senior administration official in the area told AFP late Monday, speaking on condition of anonymity.

In January, the U.N. refugee agency UNHCR said the number of internally displaced people in the Sahel had exceeded 2 million. A further 850,000 people were refugees.