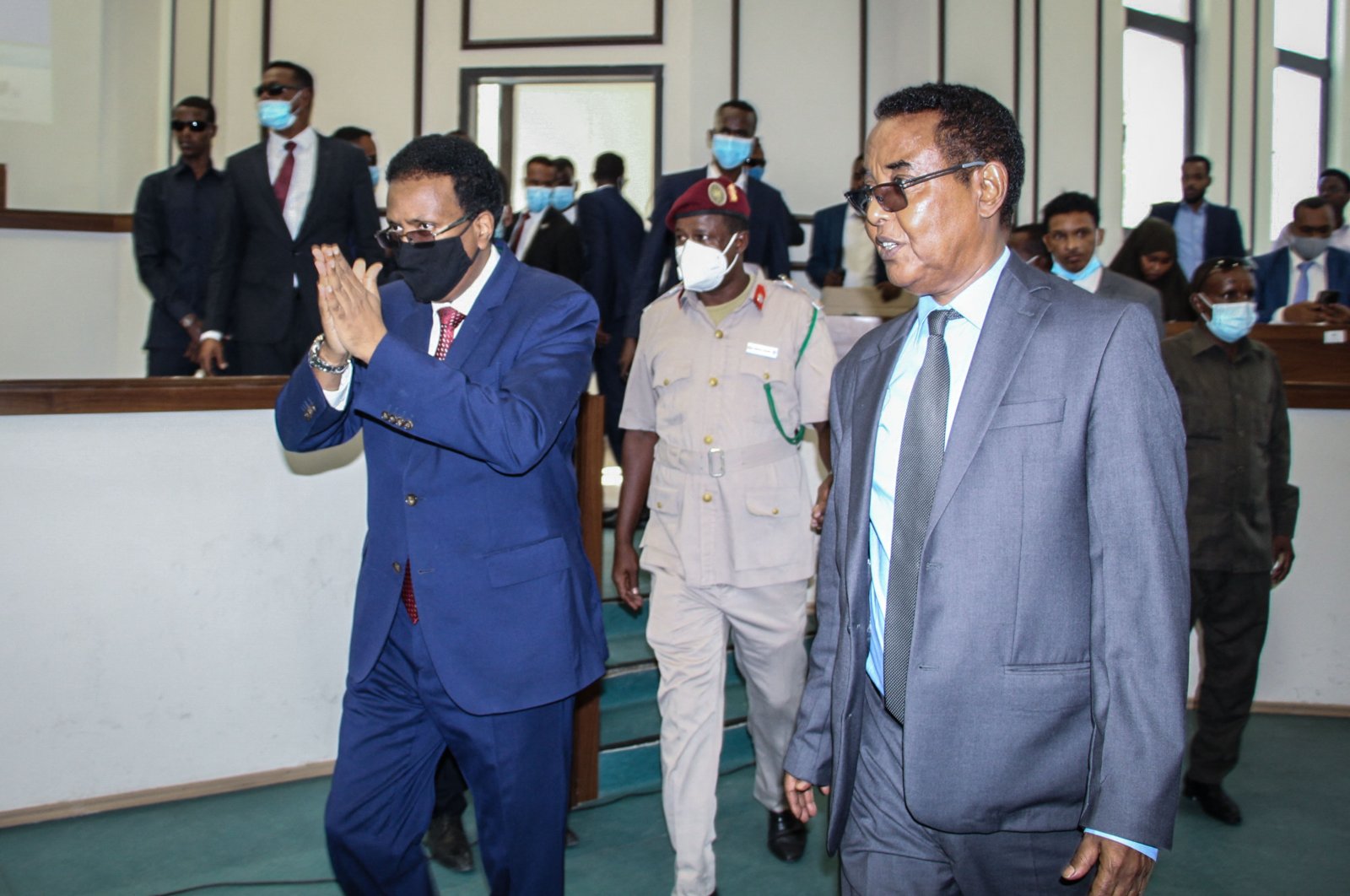 Somalia's President Mohamed Abdullahi Mohamed (L), commonly known by his nickname of Farmajo, attends the special assembly for abandoning the two-year extension of his presidential term and requesting the immediate election to ease the recent political tension at Villa Hargeisa in Mogadishu, Somalia, May 1, 2021. (AFP Photo)
by Anadolu Agency May 02, 2021 9:15 pm
RECOMMENDED

The African Union (AU) Commission on Sunday hailed a recent decision by the Somalian parliament to return the Horn of Africa nation on course for elections.

"The Chairperson of the Commission of the African Union, Moussa Faki Mahamat, welcomes the decision by the House of the People of the Federal Parliament of Somalia to reinstate the 17 September 2020 Agreement as the basis for the upcoming elections, following the request by H.E. President Mohamed Abdullahi Mohamed 'Farmaajo,'" said an AU press release.

Before the decision that came Saturday, Somali leaders had failed several times in the past six months to strike a deal to hold elections, with lawmakers voting last month to extend Mohamed's term in office for two years.

The Somali lower parliament chamber reversed this decision in a unanimous vote, setting the country on course for previously agreed indirect elections, according to the house leadership.

"The Chairperson of the Commission commends H.E. President Farmaajo for putting the interests of the Somali people first. The Chairperson also welcomes the lead role accorded to the Prime Minister to prepare for peaceful, credible and transparent elections and ensure its security," the AU statement added.

In a brief speech before parliament that was broadcast live, Mohamed commonly knows as Farmajo, abandoned a policy voted earlier in the month that extended his term in office by two years.

"We have decided to seek the solution through negotiations and to avoid starting violence in the benefit of those who trade on the blood of the public," he said.

Deadly clashes have broken out between armed rivals in the capital Mogadishu since Farmajo failed to hold elections before his term ended in February.

The international community has repeatedly called for elections to go ahead, threatening sanctions against the nation of 15 million, which is divided into five member states.