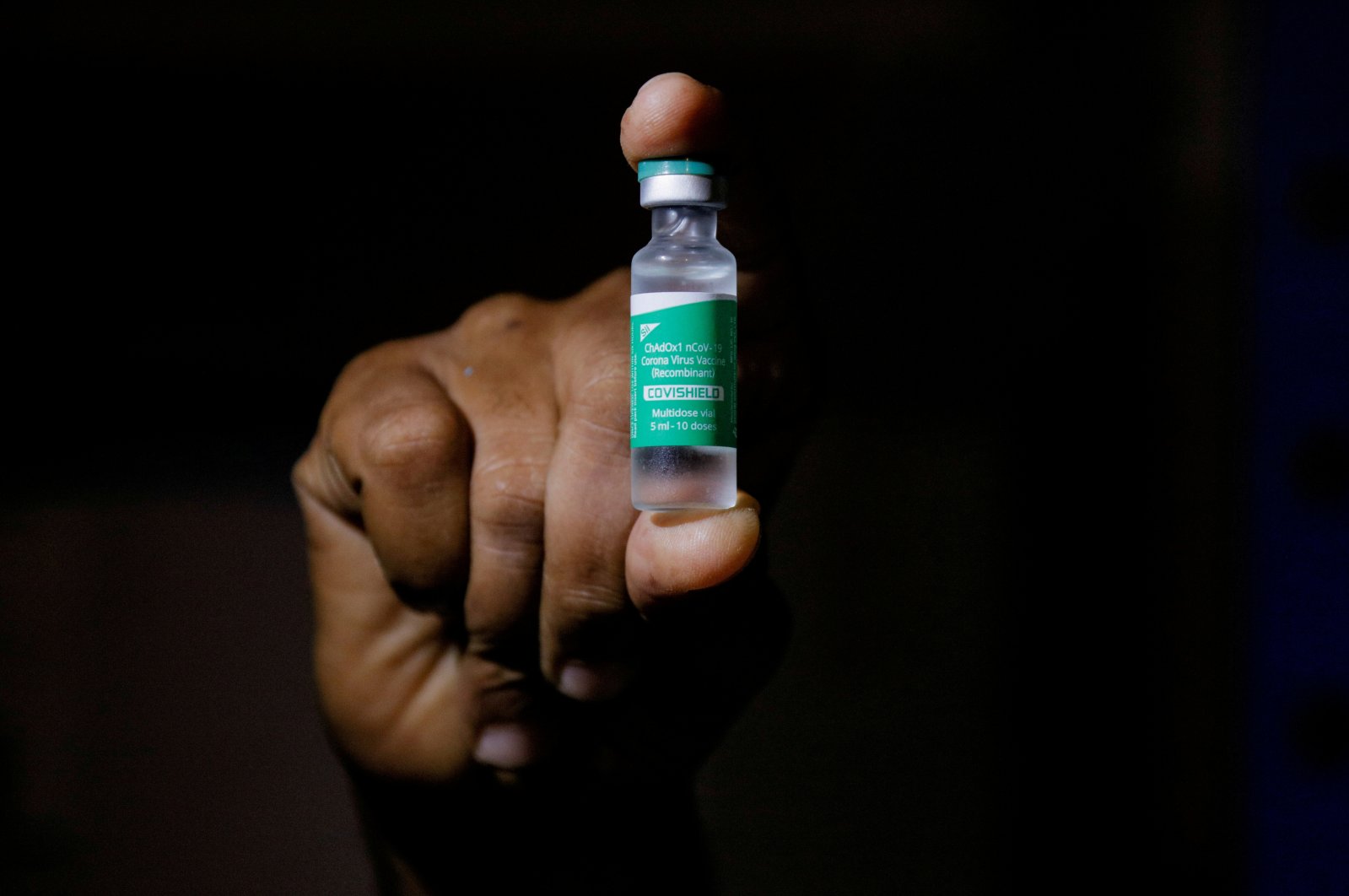 A man displays a vial of AstraZeneca's COVISHIELD vaccine as the country receives its first batch of COVID-19 vaccines under the COVAX scheme, in Accra, Ghana, Feb. 24, 2021. (Reuters Photo)
by ASSOCIATED PRESS
Jul 01, 2021 1:39 pm

“Not one dose, not one vial, has left a European factory for Africa,” said the African Union special envoy tasked with procuring COVID-19 vaccines for the continent, heavily criticizing Europe as Africa struggles amid a crushing third surge of infections.

Had African leaders known this, “we may have acted very differently,” Masiyiwa told reporters, adding that “many countries were just sitting back saying, ‘the vaccines are coming' ... We as Africans are disappointed."

He stressed that Africa has purchased 400 million vaccine doses and can buy more, but he challenged donors: “Pay up your money ... We will no longer measure pledges, we will measure vaccines arriving at our airports.”

The African continent of 1.3 billion people is now in the grip of a third surge of infections that is “extremely aggressive,” the head of the Africa Centers for Disease Control and Prevention (Africa CDC) told reporters.

Masiyiwa said COVAX had promised to deliver 700 million vaccine doses to Africa by December. But at mid-year, Africa has received just 65 million doses overall. Less than 50 million doses via COVAX have arrived.

“We are very far away from our target,” Nkengasong said. “We don’t want to be seen as the continent of COVID-19 ... (In Europe) the stadiums are full of young people shouting and hugging, we can’t do that in Africa.”

However, he and Masiyiwa announced that the first shipments of Johnson & Johnson and Pfizer-BioNTech vaccines with United States support will begin arriving next week.

The African continent has had 5.5 million confirmed COVID-19 infections and has seen a “remarkable" 23% increase in deaths over the past week, the Africa CDC director said.

He said the continent needs 1.6 billion doses in a double-dose regime, or 800 million for a single-dose regime, to meet the goal of vaccinating 60% of the population.