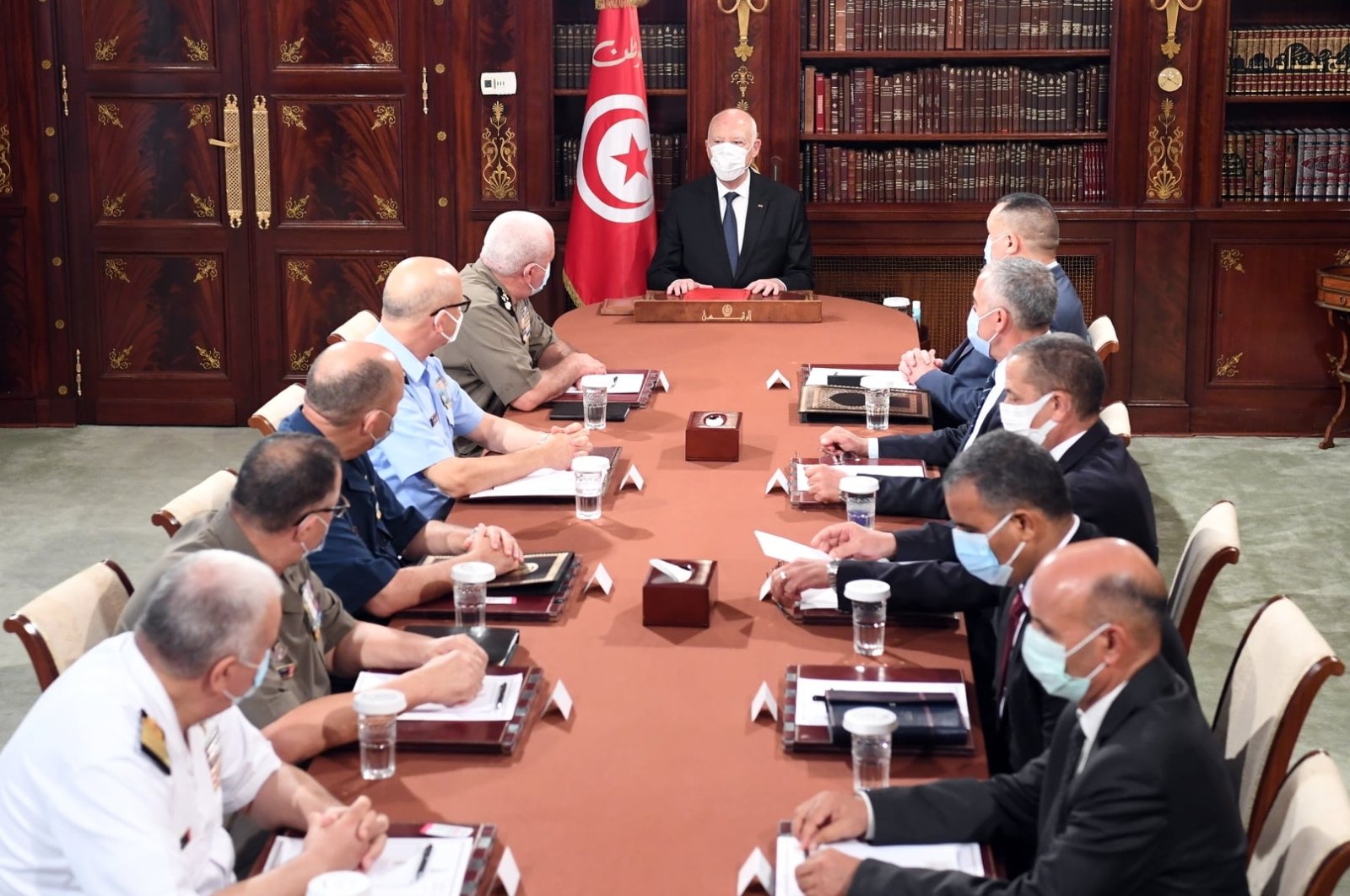 The Tunisian president has dismissed more officials days after suspending parliament and sacking the prime minister, throwing the country further into political uncertainty and raising more questions about the rule of law.

President Kais Saied dismissed parliament and fired Prime Minister Hichem Mechichi on Sunday. Just a day later the defense and justice ministers were ousted from their posts. Late on Tuesday he sacked several top officials, including the army’s chief prosecutor.

On Wednesday the CEO of national television channel Wataniya found himself kicked out of office.

In addition, Saied has lifted parliamentary immunity from legislators and taken judicial powers into his hands. He also ordered an investigation into the three largest political parties in parliament after they accused the president of staging the coup, a claim that was widely echoed across the world. The probe claimed that all three parties received foreign funds ahead of the 2019 elections.

Four days after the coup Saied accused 460 businessmen of embezzlement. He slammed the "bad economic choices" made in recent years during a meeting with a leader of the employers' federation UTICA. In his comments late Wednesday, the president singled out for criticism "those who plunder public money."

Saied accused businessmen of owing 13.5 billion dinars ($4.9 billion) to the state, citing the findings of a commission of inquiry into graft under former dictator Zine El Abidine Ben Ali.

"This money must be returned to the Tunisian people," he said, adding that he intends to offer the businessmen "judicial arbitration."

Saied also asked traders and wholesalers to "lower prices" in a country where soaring inflation has eaten away at the purchasing power of consumers. He also called for a revival of phosphate production, one of the country's few natural resources and a common agricultural fertilizer.

The president also announced the establishment of a crisis unit to manage the COVID-19 pandemic, supervised by a senior military officer.

Tunisia is facing a new peak in the pandemic that has provoked the anger of the public in recent weeks.

The North African country of around 12 million people has one of the worst COVID-19 death rates in the world, with 19,000 fatalities linked to the coronavirus. After months of political crisis, Saied seized power by invoking the constitution.

The move was denounced as a coup d'etat by his main opponents, including the powerful Ennahdha Movement. Key civil society groups in a joint statement turned against any “illegitimate” extension of Saied’s 30-day suspension of parliament, while world leaders called on Saied to respect the constitution, institutions and the rule of law.