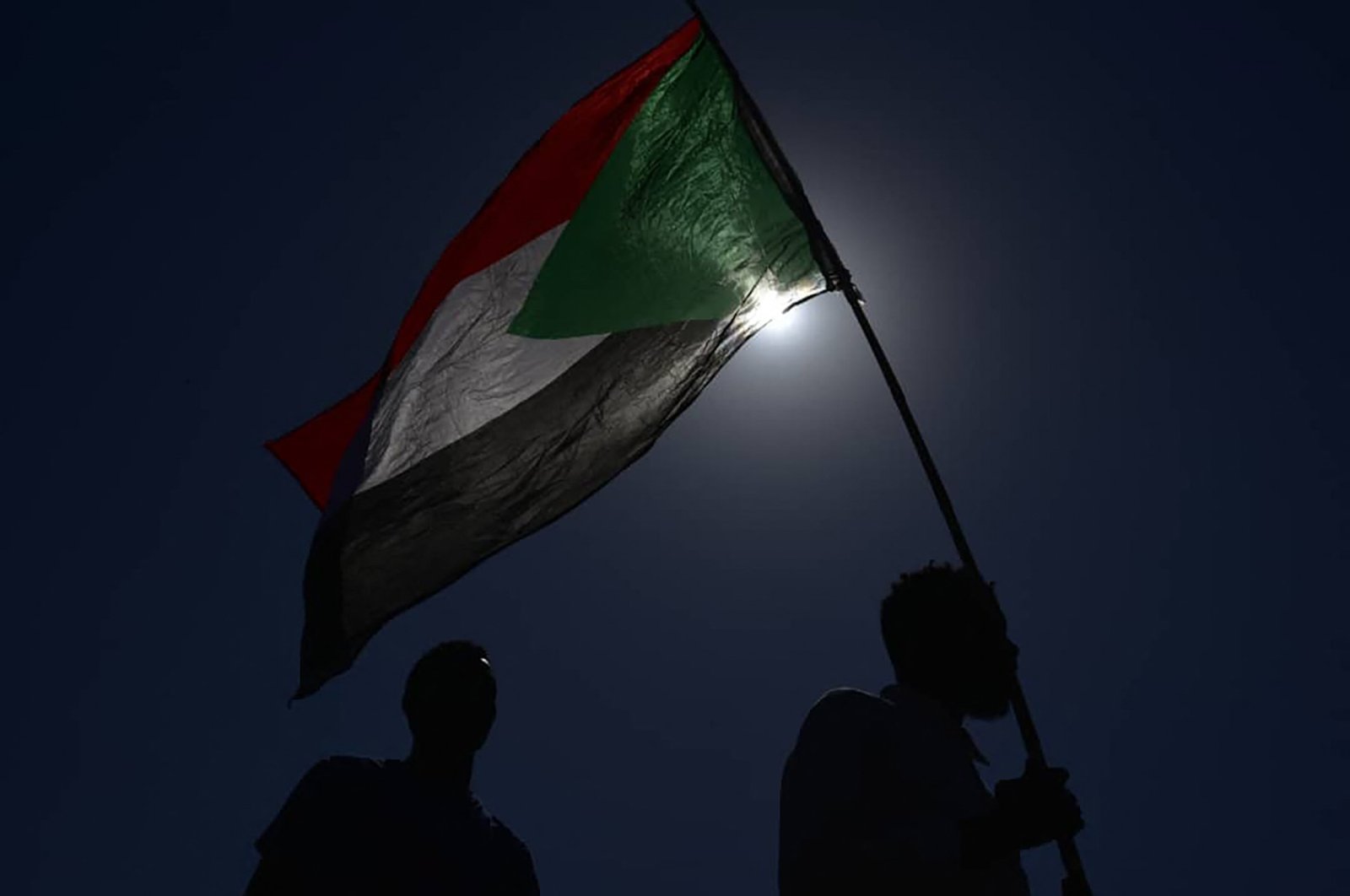 A man stands waving a Sudanese national flag as people protesting against the military coup in Sudan gather during a demonstration in the east of Khartoum, Sudan, Nov. 13, 2021. (Photo by AFP)
by French Press Agency - AFP Nov 15, 2021 10:02 pm
RECOMMENDED

The chief of Al-Jazeera's Sudan bureau has been taken to prison by the country's security forces, the Qatar-based broadcaster, which has been heavily reporting on the army's power grab, said Monday.

Al-Jazeera journalist El Musalami El Kabbashi, a Sudanese national, was arrested from his home on Sunday, the latest in hundreds of arrests since a military coup three weeks ago.

Sudan's top general, Abdel-Fattah al-Burhan, on Oct. 25 declared a state of emergency, ousted the government and detained the civilian leadership.

The army's seizure of power has derailed a transition to full civilian rule, sparked international condemnation and provoked regular protests.

Al-Burhan insists the military's move on Oct. 25 "was not a coup" but a push to "rectify the course of the transition."

Al-Jazeera, which said it "holds the Sudanese military authority responsible for the safety of all its employees," denounced the detention of El Kabbashi, saying that "the prosecution had ordered his release."

Al-Jazeera has given prominent coverage to the recent demonstrations, but has also aired a detailed interview with al-Burhan.

Other media outlets besides Al-Jazeera have also been targeted. Before the coup, Sudan was already ranked 159 out of 180 countries in the World Press Freedom Index by the nongovernmental organization Reporters Without Borders.

It's not the first time judicial decisions have been disregarded by the coup authorities.

Sudan has continued to remain largely offline even after a court ruled last week that internet services be restored. Judges also ordered the release of detainees arrested during nationwide anti-coup rallies on Saturday but "police took them to an unknown location," a lawyer, Enaam Attik, told Agence France-Presse (AFP).

Earlier on Monday, medics said the death toll from the weekend protests had risen to eight, bringing the total number killed since last month's military takeover to 23.

The union named all eight people killed, including a 13-year-old girl who it said had suffered "a shot to the head outside her home."

U.S. Assistant Secretary of State for African Affairs Molly Phee is in Sudan until Tuesday seeking "release from detention of Sudanese political and civilian leaders, the return of Prime Minister Hamdok to office, and the restoration of a civilian-led transitional government."

Sudan has a long history of military coups, enjoying only rare interludes of democratic rule since independence in 1956.