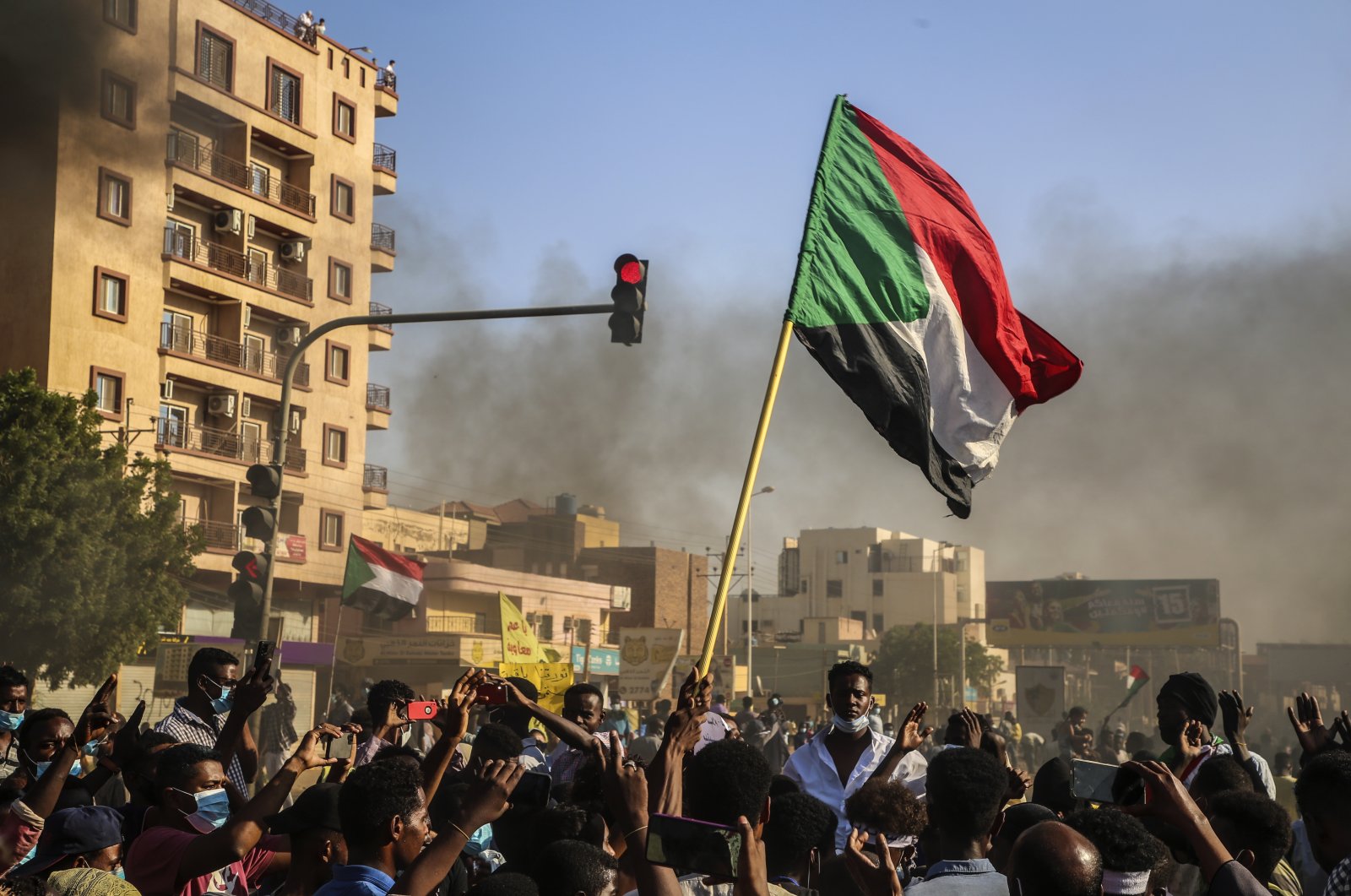 Bloodshed overshadowed pro-democracy protests in Sudan, as security forces shot tear gas and opened fire with live ammunition on Saturday on crowds of protesters who had gathered to denounce the military’s tightening grip on the country. Activists said at least five people have been killed and many more were wounded.

The violence came as thousands of pro-democracy protesters yet again took to the streets across Sudan to rally against the military’s takeover last month. The coup has drawn international criticism and massive protests in the streets of the capital of Khartoum and elsewhere in the country.

Security forces used live ammunition and tear gas to disperse protesters in different locations Saturday. At least five protesters were killed, including four from gunshots and one from a tear gas canister in Khartoum and its twin city of Omdurman, according to the Sudan Doctors Committee. Several others were wounded, including with gunshots, it said.

The rallies, called by the pro-democracy movement, came two days after coup leader Gen. Abdel-Fattah Burhan reappointed himself head of the Sovereign Council, Sudan's interim governing body. Thursday’s move angered the pro-democracy alliance and frustrated the United States and other countries that have urged the generals to reverse their coup.

“For me, this is an illegitimate council and this was a unilateral decision that was taken by Burhan alone," said protester Wigdan Abbas, a 45-year-old healthcare worker. “It was a decision by one person ... without consulting the coalition for freedom and change."

The Sudanese military seized power Oct. 25, dissolving the transitional government and arresting dozens of officials and politicians. The takeover upended a fragile planned transition to democratic rule, more than two years after a popular uprising forced the removal of longtime autocrat Omar al-Bashir and his government.

Saturday’s protests were called by the Sudanese Professionals Association and the so-called Resistance Committees. Both groups were the primary forces behind the uprising against al-Bashir in April 2019. Other political parties and movements joined the call. The Sudan Doctors Committee is also part of the pro-democracy movement.

The movement has opposed the return to the power-sharing deal that established the deposed transitional government late in 2019 and demand a full handover to civilians to lead the transition to democracy.

Earlier Saturday, protesters gathered in Khartoum neighborhoods waved Sudanese flags and posters of deposed Prime Minister Abdalla Hamdok, who has been under house arrest since the coup. They also chanted “civilian, civilian," a reference to their main demand that the generals hand over power to civilians.

Later, the demonstrators regrouped in Khartoum and barricaded at least one major street with stones and burning tires. There were also protests in other Sudanese cities and towns.

"The youth ... will not give up and will not stop this revolution until we achieve the goals of the revolution,” said Mohammed Ahmed, a 28-year-old university student.

Hamza Baloul, the information minister in the deposed government, took part in Saturday’s rallies following his release from detention earlier this month.

There should be “no negotiations with the coup leaders,” he told the protesters in Khartoum. “The Sudanese people insist on a civilian government ... the civilian state (government) is our option and we will fight for it."

The demonstrations took place amid tight security. Authorities had closed off bridges over the Nile River linking Khartoum's neighborhoods. Troops and paramilitary forces also sealed off the area around the military headquarters, where thousands of protesters set up camp in April 2019, forcing the military to remove al-Bashir.

The U.N. envoy in Sudan, Volker Perthes, urged security forces to “exercise utmost restraint” and called for demonstrators to “maintain the principle of peaceful protest.”

Since the Oct. 25 takeover, at least 17 anti-coup protesters have been killed due to excessive force used by the country’s security forces, according to Sudanese doctors and the United Nations. That tally includes the protesters killed on Saturday. Ongoing mediation efforts are seeking a way out of the crisis.

Perthes said he held “good discussions” Friday with representatives of the protest movement in Khartoum, civil society activists and Mohammed Hassan al-Taishi, a civilian member of the council dissolved in the coup. Nasredeen Abdulbari, justice minister of the deposed government, also took part.