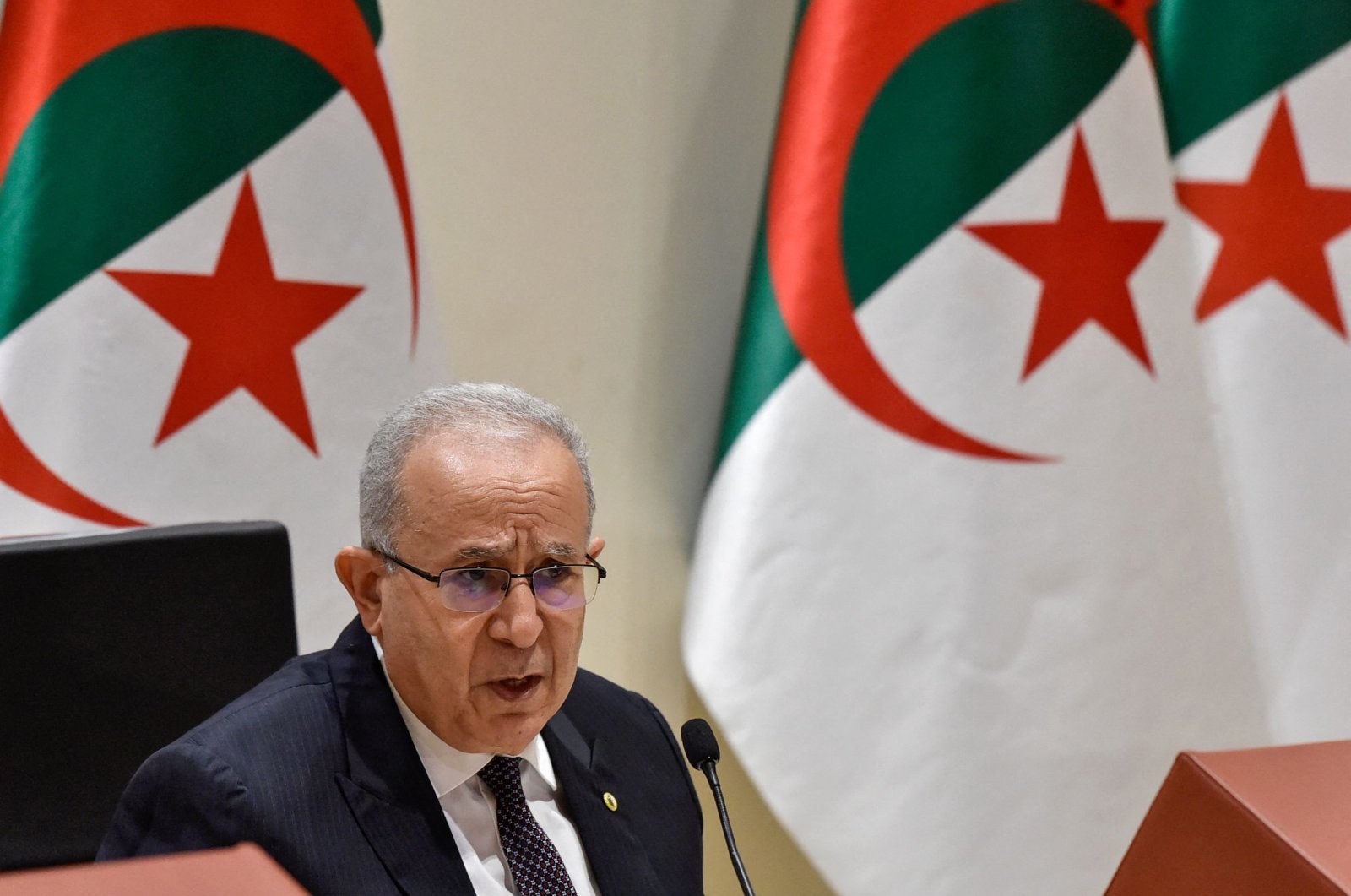 Algeria's Foreign Minister Ramtane Lamamra held a news conference Tuesday to announce that his country has severed diplomatic relations with Morocco due to its "hostile actions," a week after Algeria said it would review its relations with the neighboring kingdom.

The move comes after Algeria last week said it would review its relations with Morocco after accusing it of complicity in deadly forest fires that ravaged the country's north.

"Algeria has decided to cut diplomatic relations with the Kingdom of Morocco from today," the minister announced during a news conference.

"History has shown that the Kingdom of Morocco has never stopped carrying out hostile actions against Algeria," Lamamra added.

The forest fires in Algeria, which broke out on Aug. 9 amid a blistering heat wave, burned tens of thousands of hectares of forest and killed at least 90 people, including more than 30 soldiers.

Algerian authorities have pointed the finger for the fires at the independence movement of the mainly Berber region of Kabylie, which extends along the Mediterranean coast east of the capital Algiers.

The authorities have also accused the Movement for Self-determination of Kabylie (MAK) of involvement in the lynching of a man falsely accused of arson, an incident that sparked outrage.

Algeria last week accused Morocco of supporting the MAK, which it classifies as a "terrorist organization."

"The incessant hostile acts carried out by Morocco against Algeria have necessitated the review of relations between the two countries," a presidency statement said last week.

It also said there would be an "intensification of security controls on the western borders" with Morocco.

The border between Algeria and Morocco has been closed since 1994.

Algeria's foreign minister on Tuesday also accused Morocco's leaders of "responsibility for repeated crises" and behavior that has "led to conflict instead of integration" in North Africa.

Relations between Algiers and Rabat have been fraught in past decades, especially over the flashpoint issue of the disputed Western Sahara.Morocco considers the former Spanish colony an integral part of its kingdom, but Algeria has backed the Polisario movement which seeks independence there.

Last month, Algeria recalled its ambassador in Morocco for consultations after Morocco's envoy to the United Nations, Omar Hilale, expressed support for self-determination for the Kabylie region.

At the time, Algeria's foreign ministry said Morocco thus "publicly and explicitly supports an alleged right to self-determination of the Kabylie people."