Algerian president in discussions to form new govt after polls 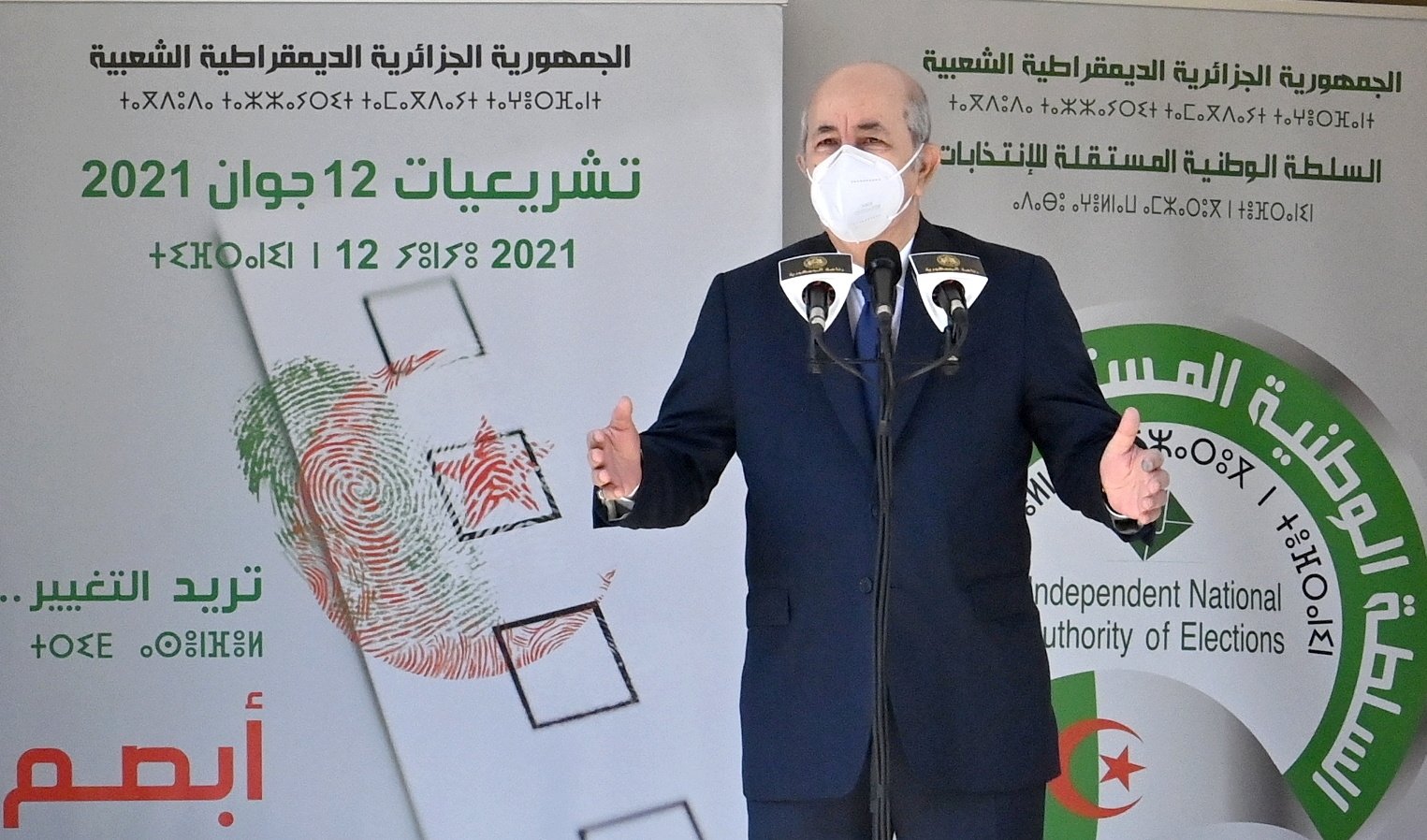 Algeria's incumbent National Liberation Front (FLN) won the most seats in the June 12 vote that saw record levels of abstention, with voter turnout at just 23%.

"In the context of broad political consultations to form a government, President Abdelmadjid Tebboune received (on Saturday) the secretary-general of the FLN, Abou El Fadhl Baadji, and members of the political bureau," a presidency statement said.

"The president also received a delegation representing independents, led by Abdelwahab Ait Menguelet," the mayor of Tizi Ouzou, it added.

Ait Menguelet headed an independent list in an electorate where the participation rate was less than 1%.

Consultations are scheduled to continue until Wednesday.

The record abstention rate has been seen as a sign of Algerians' disillusionment with and defiance of a political class deemed to have lost much of its credibility.

The ruling FLN, which emerged from Algeria's long struggle for independence from France in 1962 and was the country's sole party until the first multiparty elections in 1990, secured 98 of the parliament's 407 seats, beating a loose alliance of independents with 84 seats.

The Movement of Society for Peace (MSP), a moderate Islamic party, was third with 65 seats, while the FLN's traditional ally, the Democratic National Rally (RND), claimed 58 seats.