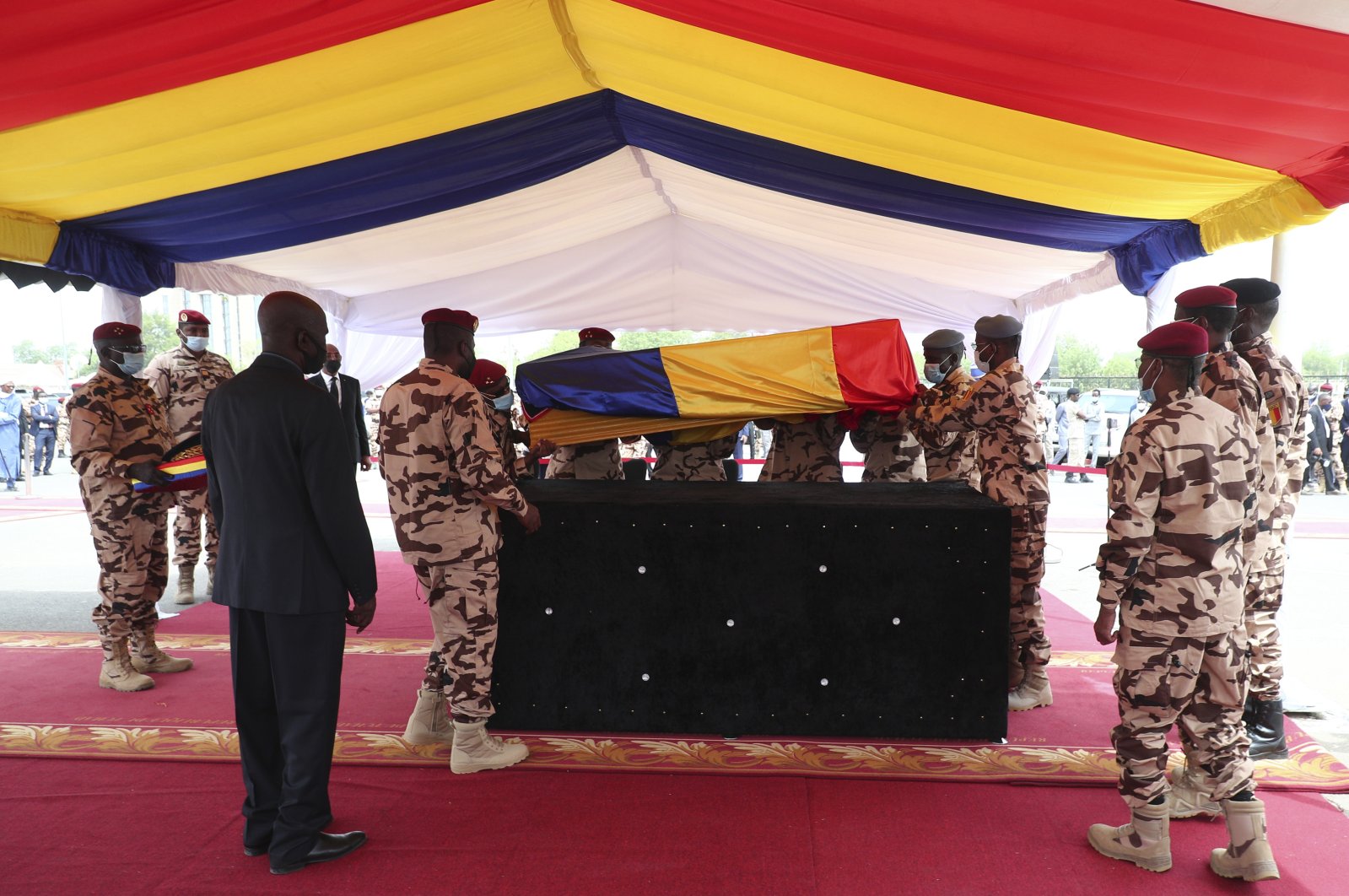 Chad is holding late President Idriss Deby Itno's funeral Friday amid mounting tensions, as the rebels say they do not recognize the slain president's son as the new leader and threaten to depose him.

The country faces an uncertain future. Both opposition leaders and the rebels accused of killing Deby say they aren't happy with what they say amounts to a coup after power was handed over to Deby’s son, 37-year-old Mahamat Idriss Deby Itno, to lead an 18-month transitional government.

French President Emmanuel Macron and Congo's President Felix Tshisekedi were among the heads of state at the ceremony for the late president who ruled the Central African nation for 30 years and died at age 68.

Deby, an important ally to Western nations in the fight against extremism in Africa, was fatally wounded this week while visiting the front lines of the battle against the rebels, a military spokesperson said Tuesday.

The military council led by his son has some support from the army. Mahamat Idriss Deby Itno is only one year older than his father was when his rebel forces overthrew the president in 1990. Many fear he will stay on beyond the 18-month transitional period.

France, which bases its regional counterterrorism operations in Chad, has emphasized the importance of a peaceful transition. Chad has provided pivotal troops to regional forces battling extremists in northern Mali, which has been called the most dangerous United Nations peacekeeping mission in the world. Deby’s death was announced hours after he had been confirmed to have won a sixth term after facing minimal opposition. Several challengers chose to boycott the April 11 vote, fearing it would be rigged.

The rebel group said to have killed Deby is known as the Front for Change and Concord in Chad. It has threatened to depose Deby’s son, claiming it is advancing on the capital and its 1 million people. The rebel group’s claim could not be independently verified. The ruling Transitional Military Council has warned that the fight was not yet over for control of Chad.

The group, known by its acronym FACT, said Friday that Chad’s military carried out a bombardment Wednesday into Thursday with the aid of French surveillance systems that they said was meant to kill its leader. However, it said the attempt failed and it called on the international community to look into France’s role in backing the transitional leadership.

The French Armed Forces told The Associated Press (AP) on Friday that "there has not been a single strike by the French army in Chad this week.” After the state funeral and prayers at the Grand Mosque of N’Djamena, Deby’s body will be flown to Amdjarass, a village about 1,000 kilometers (621 miles) from the capital.

Though he led an oil-producing country, critics denounced Deby for using proceeds toward his military and weapons rather than aid for Chadians.

Despite criticism of his autocratic rule, Western nations consistently looked the other way as Deby’s army became a key player in the fight against Boko Haram in the Lake Chad region and against extremists in the Sahel.