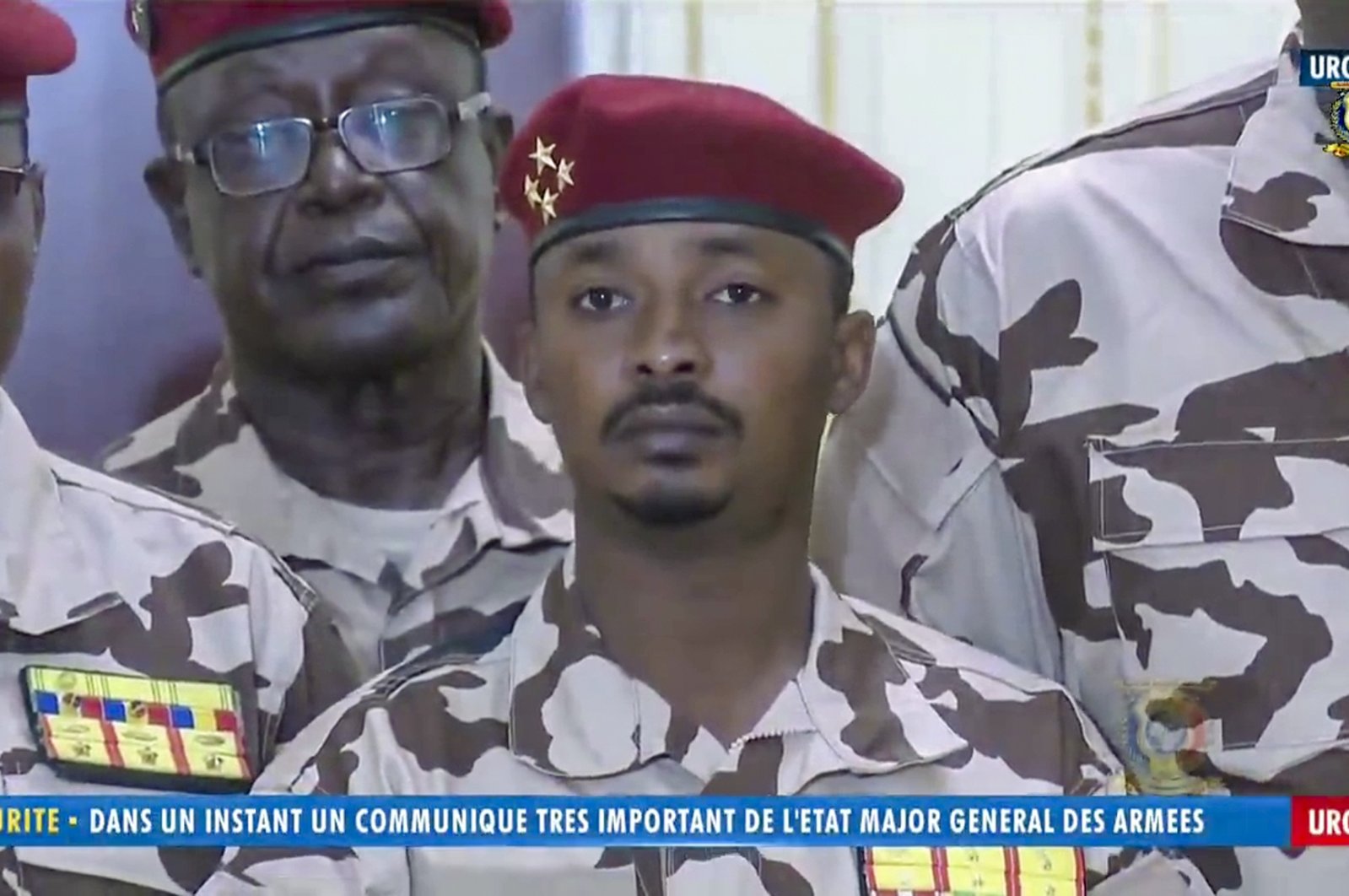 Chad’s slain leader Idriss Deby Itno’s son will take over as president in place of his father, according to a charter released on Wednesday by the presidency, while rebel forces set their sights on the state's capital N'Djamena, threatening to bring more disruption to a country vital to international efforts to combat extremists in Africa.

According to the presidency, General Mahamat Idriss Deby Itno, 37, who on Tuesday was named transitional leader as head of a military council following his father's death, will "occupy the functions of the president of the republic" and also serve as head of the armed forces. The charter repeals the preceding constitution and will be implemented as the "basic law of the republic," according to its terms.

The younger Deby has also been named "supreme head of the armed forces," it said. Deby's son had overseen his father's security as head of the elite presidential guard and had often appeared alongside him. He signed a decree Tuesday setting out a military council with 15 generals, including himself and 14 others known to have been part of the late president's circle of loyalists. The council is tasked with an 18-month transition toward "free and democratic elections."

Mahamat Idriss Deby also chairs the "military transition council, the council of ministers, the councils and superior committees of national defense," according to the charter.

The new head of state will promulgate legislation adopted by the 69 members of the national transition council, who are named directly by Mahamat. The Transition Charter, which contains 95 articles, also guarantees "freedom of opinion, conscience and worship."

A transition government has been set up, whose members were also named by the new president.

"The members of the army who are called to the transition government are discharged from all military duties," the charter said, according to remarks carried by Agence France-Presse (AFP).

Meanwhile, schools and some businesses were open in N'Djamena on Wednesday but many people had opted to stay home and the streets were quiet, a Reuters witness said. Authorities imposed a nightly curfew and closed land and air borders after Deby's death was announced. A 14-day period of national mourning is being observed.

Deby, 68, died on Monday on the frontline in a battle against Libya-based fighters, shocking the nation and raising concerns among Western allies who had long seen him as an ally in their fight against extremist groups.

He had been in power since 1990 and had just been announced the winner of a presidential election that would have given him a sixth term in office. Deby, who often joined soldiers on the battlefront in his military fatigues, was visiting troops after rebel group Front for Change and Concord in Chad (FACT) invaded from Libya and advanced hundreds of miles towards the capital.

FACT rejected the military's transition plan and said they would press on with their offensive on the capital.

"Chad is not a monarchy. There can be no dynastic devolution of power in our country," FACT said in a statement. Opposition politicians also called for a move back to civilian rule.

Deby had won friends abroad by sending his well-trained army to fight terrorists including Boko Haram in the Lake Chad Basin and groups linked to al-Qaeda and Daesh in the Sahel. His main ally, France, has about 5,100 troops based across the region as part of international efforts to fight the militants, including its main base in N'Djamena. His death, which Paris described as the loss of a courageous friend, poses questions about stability in the region and inside Chad itself.

As well as the rebel threat, the military is divided and the opposition to Deby's authoritarian rule had been growing. "The potentially explosive consequences of President Deby’s death cannot be underestimated – both for the future of Chad and across the region," Human Rights Watch (HRW) said in a statement.

The New York-based organization said the military council must respect human rights and ensure that civilians are protected. It also called for a swift transition to democratic civilian rule and free and fair elections.

"For years, international players have propped up Deby’s government for its support for counterterrorism operations ... while largely turning a blind eye to his legacy of repression and violations of social and economic rights at home," HRW said in a statement.