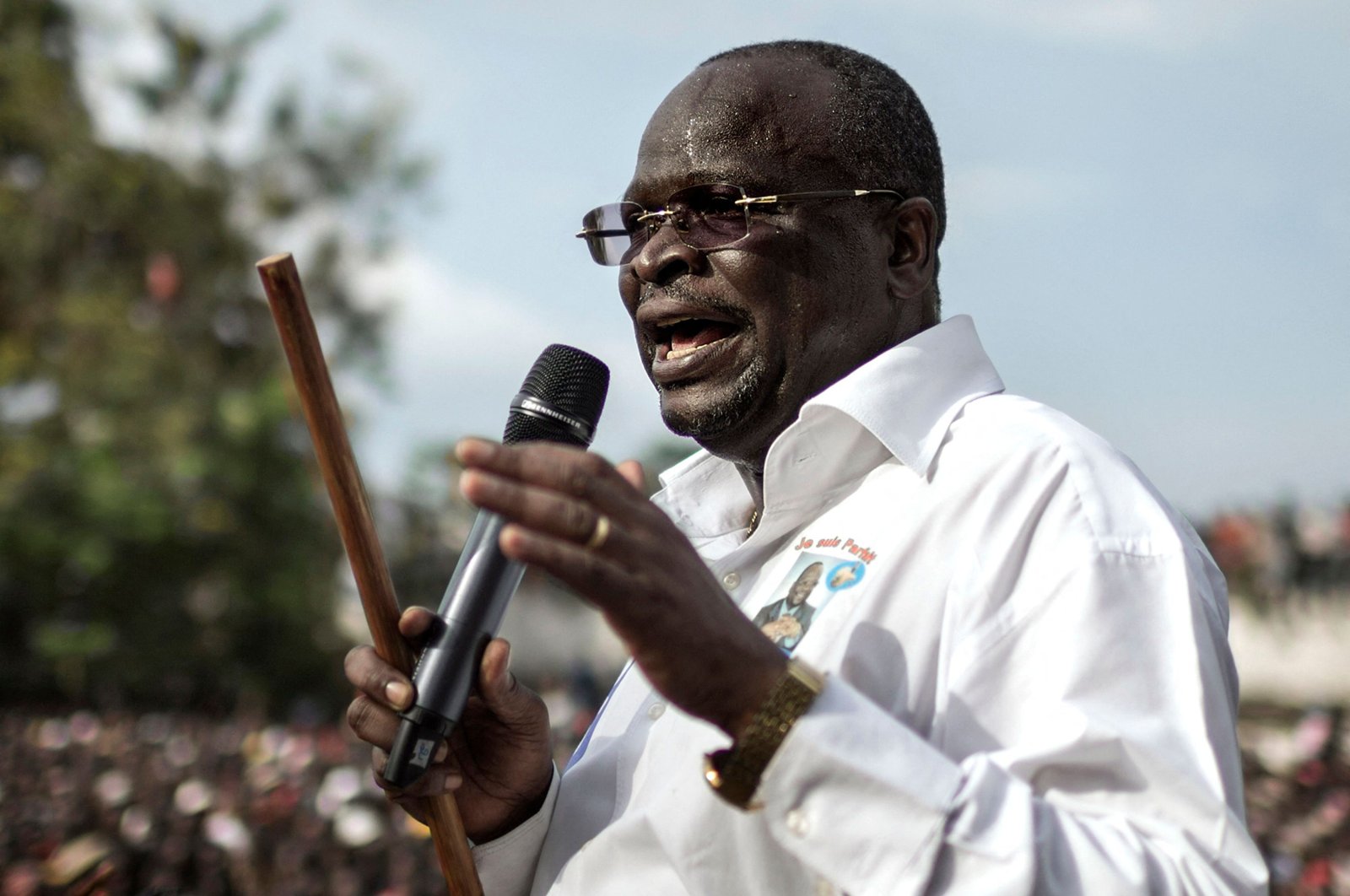 Republic of Congo opposition candidate Guy Brice Parfait Kolelas died of COVID-19 as he was being transferred to France for treatment, his campaign director said Monday, the day after presidential elections in which he was the main challenger.

Kolelas was seen as the main rival to veteran leader Denis Sassou Nguesso, who was expected to win Sunday's vote.

The election was boycotted by the main opposition and under an internet blackout, with critics voicing concerns over the transparency of the polls seen as tilted toward Sassou Nguesso.

Kolelas "died in the medical aircraft which came to get him from Brazzaville on Sunday afternoon," his campaign director Christian Cyr Rodrigue Mayanda told Agence France-Presse (AFP).

The 60-year-old tested positive for COVID-19 on Friday afternoon and was unable to host his last campaign meeting in Brazzaville.

On Saturday, he posted a video from his sickbed, declaring he was "battling against death."

"Rise up as one person... I'm fighting on my deathbed, you too fight for your change," he urged his supporters, saying the election was "about the future of your children."

"We'll continue to count the ballots. He was ahead in a number of areas," he said.

Kolelas came second in the presidential election of 2016, picking up 15% of the vote according to official results. He had pledged to release the two candidates from that vote sentenced in 2018 to 20 years in prison for "undermining state security," former army general Jean-Marie Michel Mokoko and ex-minister Andre Okombi Salissa.

He was the only serious contender left facing the president on Sunday after a string of boycotts, withdrawn candidacies and exclusions. Provisional election results are not expected for days.

There were no reports of major incidents before polling stations closed, but AFP correspondents said access to the internet and social media, as well as text messages, was cut. In some areas, voters complained that their names weren't on the electoral list.

"The only uncertainty is what score Mr. Sassou will tell the electoral commission to give him," said Congolese novelist Emmanuel Dongala, contacted by AFP at his U.S. home.

Sassou Nguesso, 77, a former paratrooper, first rose to power in 1979 and has since accumulated 36 years in office, making him one of the world's longest-serving leaders.

Speaking after he cast his ballot, Sassou Nguesso said that the "atmosphere of peace" during the election campaign – marked by police crackdowns on the opposition – was "a good sign for our democracy."

But when asked about security when election results are announced, a moment that triggered a wave of violence at the last vote in 2016, he responded: "I'm not God."

Shops were closed and only security vehicles were seen in Brazzaville city center during voting.

The largest opposition group, the Pan-African Union for Social Democracy (UPADS), is boycotting the poll in which some 2.5 million people are eligible to vote.

UPADS – the group of former president Pascal Lissouba, who died in France last August – is the only opposition party to have a parliamentary group in the current national assembly.

Flanked by its giant neighbor the Democratic Republic of Congo as well as Gabon, the former French colony has abundant oil reserves and most of its budget comes from petroleum revenue.

But its economy is in a slump, hurt by a collapse in world crude prices, long-standing debt, and the pandemic, as well as a reputation for corruption.

Sassou Nguesso campaigned on agricultural development and portrayed himself as a defender of Congo's youth – the average age of the population of 5 million is just 19, according to U.N. figures.

After first coming to power in 1979, Sassou Nguesso was forced to introduce multi-party elections in 1991 and was defeated at the ballot box a year later. But he returned to power in 1997 following a prolonged civil war. He has won every election since, which the opposition has mostly slammed as fraudulent.

A constitutional amendment in 2015, which ended a ban on presidential candidates aged over 70 and scrapped a two-term limit, allowed him to run again in 2016.