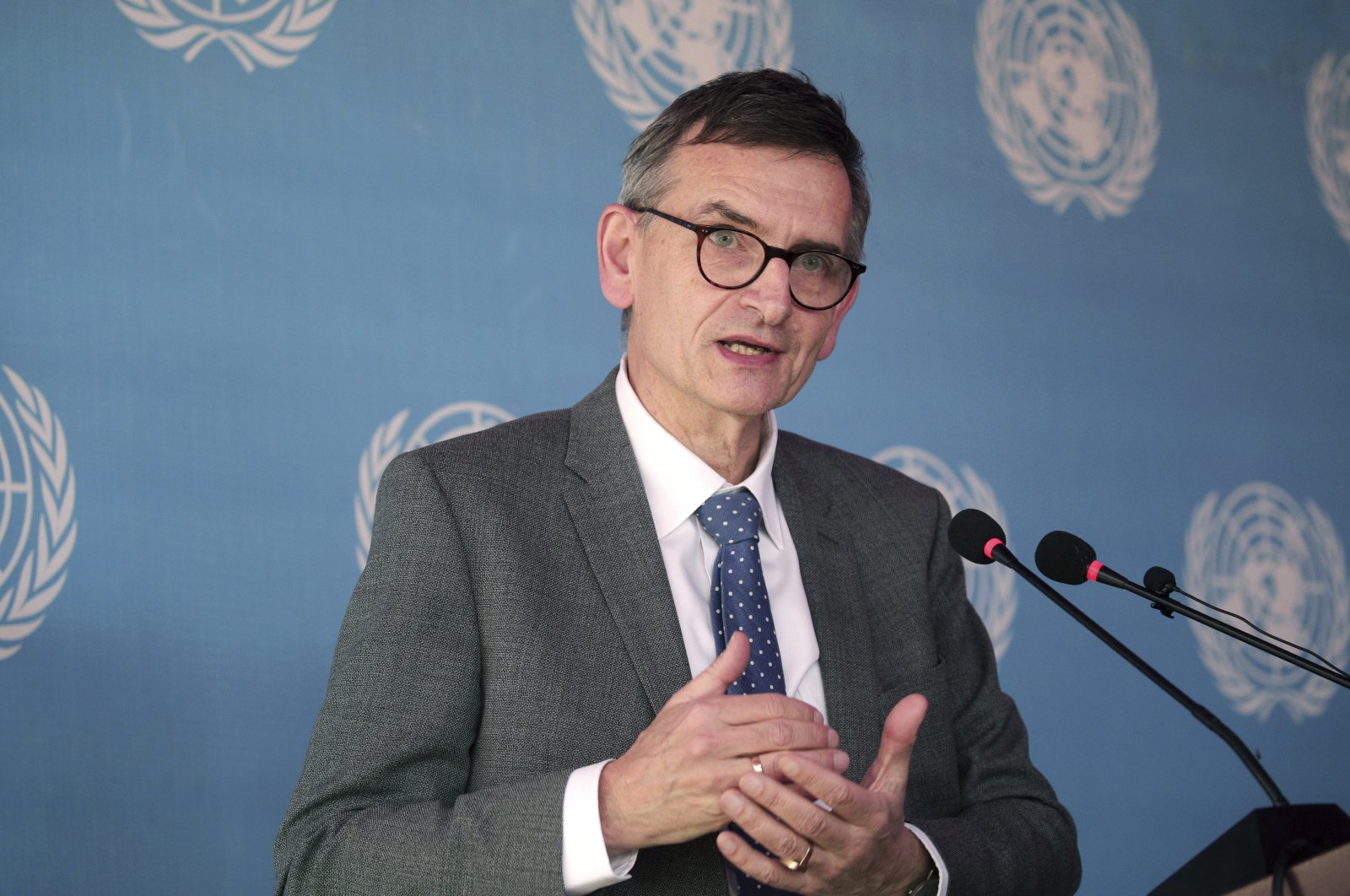 Volker Perthes, the U.N. envoy for Sudan, speaks during a conference in Khartoum, Sudan, Jan. 10, 2022. Perthes said talks would seek a "sustainable path forward towards democracy and peace" in the country. (AP Photo)
by reuters Jan 10, 2022 5:20 pm
RECOMMENDED

The United Nations mission in Sudan said consultations would begin on Monday with the goal of launching direct negotiations to resolve the country's political crisis after an October coup.

The military takeover derailed a transition toward elections in which the army had agreed to share power with civilian groups following the overthrow of Omar al-Bashir in a 2019 uprising.

It also halted an economic opening in which Sudan began to emerge from decades of isolation and sanctions. A crackdown by security forces on frequent mass protests since the coup has left more than 60 civilians dead and many more injured.

The initial talks, to begin later on Monday, will entail broad individual consultations aimed at moving to a second phase of direct or indirect negotiations between different players, U.N. special representative Volker Perthes told a news conference in Khartoum on Monday.

"We want to move quickly ... We are starting this afternoon with the first group from civil society. We will have every day a mix of stakeholders we are talking to," he said.

It would be tricky to set a timeframe for starting negotiations, Perthes added. "Time is precious, we know that. There's a lot of pressure on the situation in Sudan and on us."

Unless a new course for the transition and a path to credible elections is found, Sudan's economic plight could worsen and instability could spread inside and outside its borders, analysts and diplomats say.

"I do hope that these consultations can become something like a confidence-building measure and would help to at least reduce the violence," Perthes said.