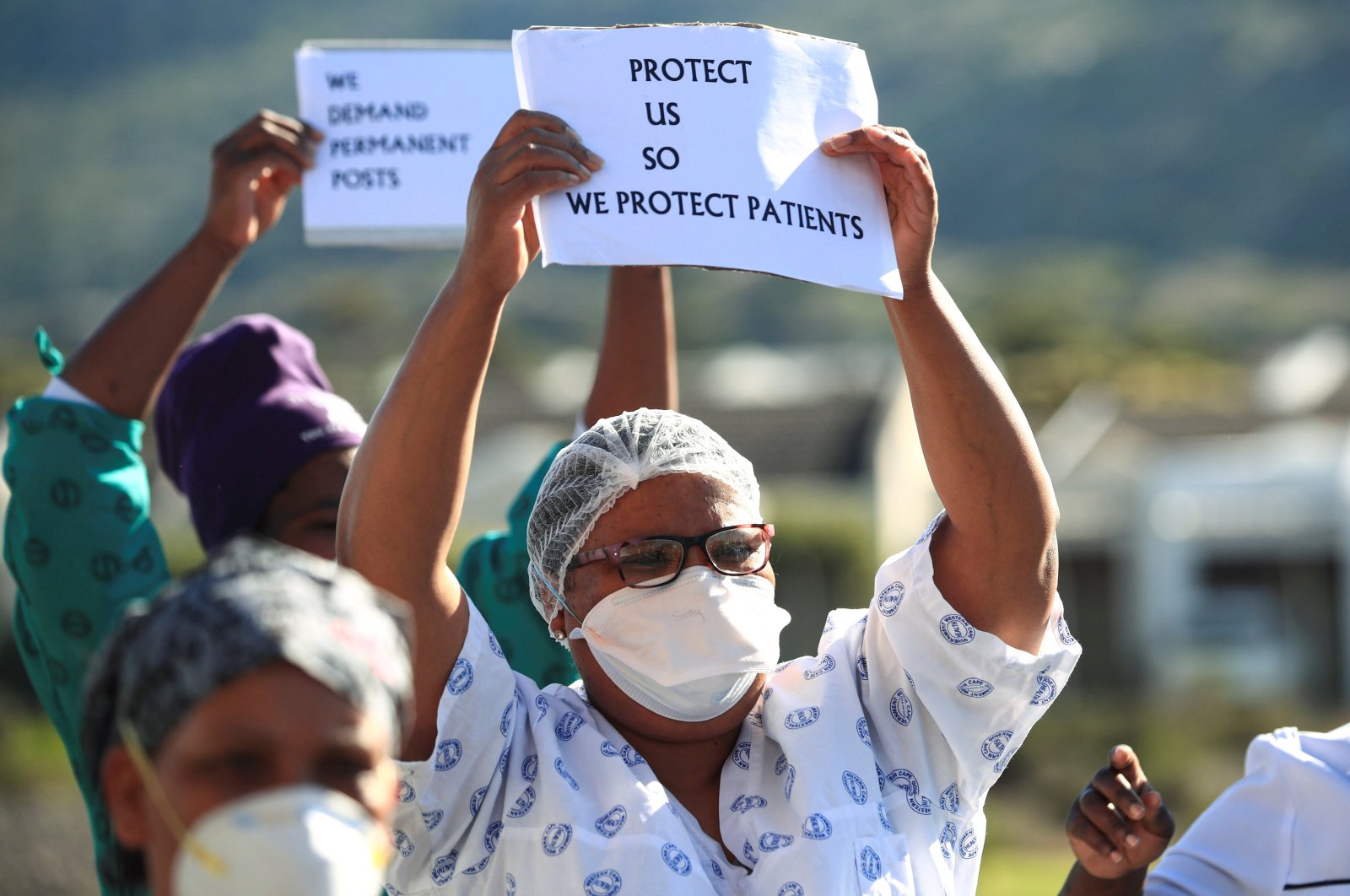 Some 24,000 health workers in South Africa have contracted coronavirus, 181 of whom have died since the pandemic hit the country in March, the health minister announced Wednesday.

South Africa is the hardest-hit country in Africa with at least 521,318 infections diagnosed so far, accounting for more than half the continent's cases.

Health Minister Zweli Mkwize told a news conference that the numbers of health workers who tested positive for coronavirus stood at 24,104 with 181 deaths.

The tally translates to around 5% of the country's total caseload, compared to the global rate of some 10%, he said.

Unions have since the start of the pandemic been raising concerns about safety in hospitals as well as the availability, quality and size of protective gear.

The minister warned he would act against hospital administrators who failed to ensure workplace safety.

South Africa's overall caseload has risen rapidly in recent weeks, although the daily increase has recently begun to slow.

Mkhize cautioned it was too early to draw conclusions about this.

"We are not out of the woods yet, but so far we have fought a good fight," he said. "We haven't got to the stage where we don't have hospital space for patients."

Health authorities have been expecting a surge in infections after the easing of a strict lockdown imposed on March 27.

Mkize suggested the country "might be over the surge by the end of August" but warned that the risk of a second wave remained and containment measures should not be abandoned.

South Africa sits in the top five globally in terms of the number of infections.