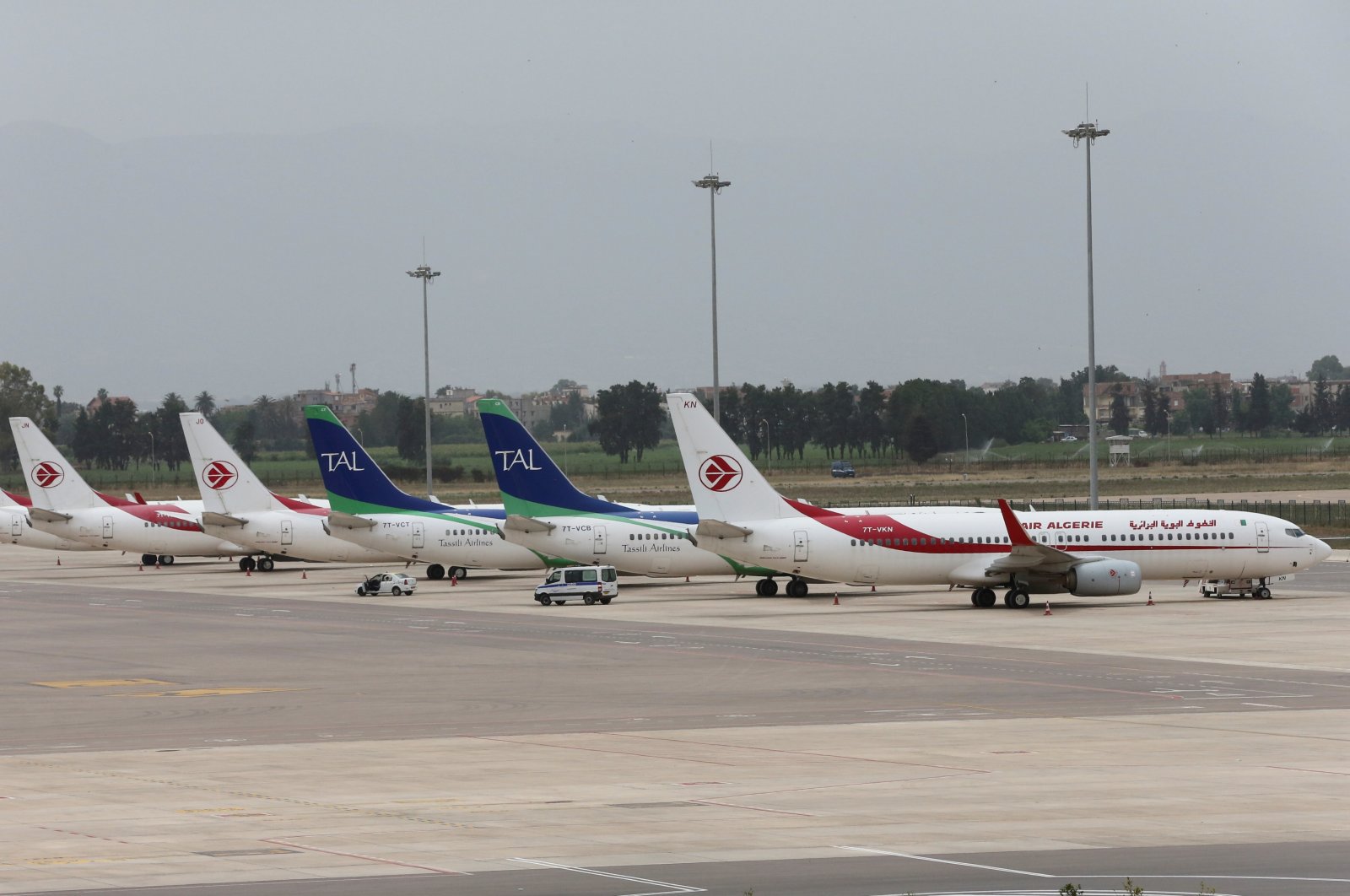 Planes sit on the tarmac at Algiers Airport, as Algeria resumed some international flights, amid the coronavirus outbreak, Algeria, June 1, 2021. (Reuters Photo)
by REUTERS Sep 23, 2021 12:02 am
RECOMMENDED

Algeria's presidency announced Wednesday to close airspace to all Moroccan flights, for both civil and military aircraft, less than a month after it cut diplomatic relations with the kingdom.

The decision came "in view of the continued provocations and hostile practices on the Moroccan side," it said in a statement.

The closure also includes any aircraft carrying a Moroccan registration number, the presidency said after a meeting of the council.

There was no immediate Moroccan official response. A source at Royal Air Maroc said the closure would only affect 15 flights weekly linking Morocco with Tunisia, Turkey and Egypt.

The source described the closure as insignificant and said the relevant flights could reroute over the Mediterranean.

Algeria late last month decided to cut diplomatic ties with Morocco, citing "hostile actions" from the kingdom, referring mainly to comments made by Morocco's envoy in New York in favor of the self-determination of the Kabylie region in Algeria.

Algiers also accused Rabat of backing MAK, a separatist group that the government has declared a terrorist organization. Authorities blame the group for devastating wildfires, mainly in Kabylie, that killed at least 65 people.

The border between Morocco and Algeria has been closed since 1994 and Algeria has indicated it will divert gas exports from a pipeline running through Morocco, which was due to be renewed later this year.

Relations have deteriorated since last year, when the Western Sahara issue flared up after years of comparative quiet. Morocco sees Western Sahara as its own, but the territory's sovereignty has been disputed by the Polisario Front, an Algeria-backed independence movement.