Dozens of children kidnapped from Islamic school in Nigeria 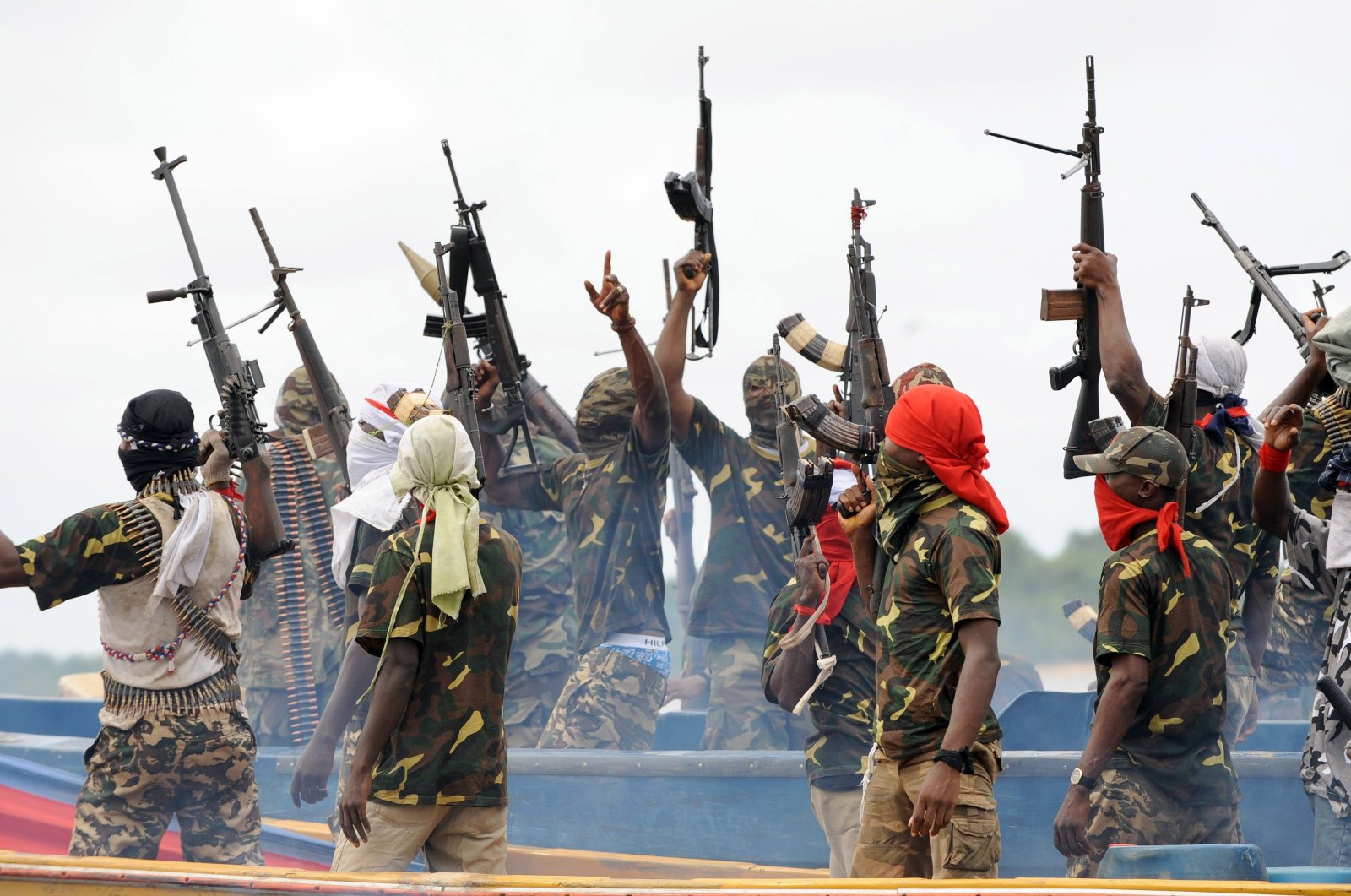 Fighters with the Movement for the Emancipation of the Niger Delta (MEND) raise their rifles to celebrate news of a successful operation by their colleagues against the Nigerian army in the Niger Delta, Sept. 17, 2008. (AFP Photo)
by French Press Agency - AFP
May 31, 2021 1:12 pm

Dozens of children were abducted by gunmen from an Islamic seminary in central Nigeria, in the latest mass kidnap in Africa's most populous nation.

Some 200 children were at the school in Niger state on Sunday during the attack, the local government tweeted, adding "an unconfirmed number" were taken. The abduction came a day after 14 students from a university in northwestern Nigeria were freed after 40 days in captivity, one of a series of kidnappings to target colleges and schools since December.

Niger state police spokesperson Wasiu Abiodun said the attackers arrived on motorbikes and started shooting indiscriminately, killing one resident and injuring another, before kidnapping the children from the Salihu Tanko Islamic school.

One of the school's officials, who asked not to be named, said the attackers initially took more than 100 children "but later sent back those they considered too small for them, those between four and 12 years old."

The state government, in a series of tweets, said the attackers had released 11 of the pupils who were "too small and couldn't walk" very far. In a later Twitter thread, the state added that Governor Sani Bello had directed "security agencies to bring back (the) children as soon as possible."

The kidnappings in northwest and central Nigeria are complicating challenges facing President Muhammadu Buhari's security forces, who are battling a more than decadelong extremist insurgency in the northeast.

Since December 2020, before the attack on Sunday, 730 children and students had been kidnapped. Gangs have often targeted schools in remote areas, where pupils live in dormitories with little security protection, before taking their victims deep into nearby forests to negotiate.

On April 20, gunmen stormed Greenfield University in northwestern Nigeria and kidnapped around 20 students, killing a member of the school's staff in the attack. Five students were executed a few days later to force families and the government to pay a ransom. Fourteen were released on Saturday.

Nigeria has been plagued by kidnappings for years, with criminals largely targeting the wealthy and prominent. But more recently, the poor have also become victims. Earlier this month, hundreds of protesters partially blocked a motorway into the capital Abuja after a spate of kidnappings in the area.

The criminal gangs maintain camps in the Rugu forest which straddles northern and central Zamfara, Katsina, Kaduna and Niger states. Their motives have been financial with no ideological leanings.