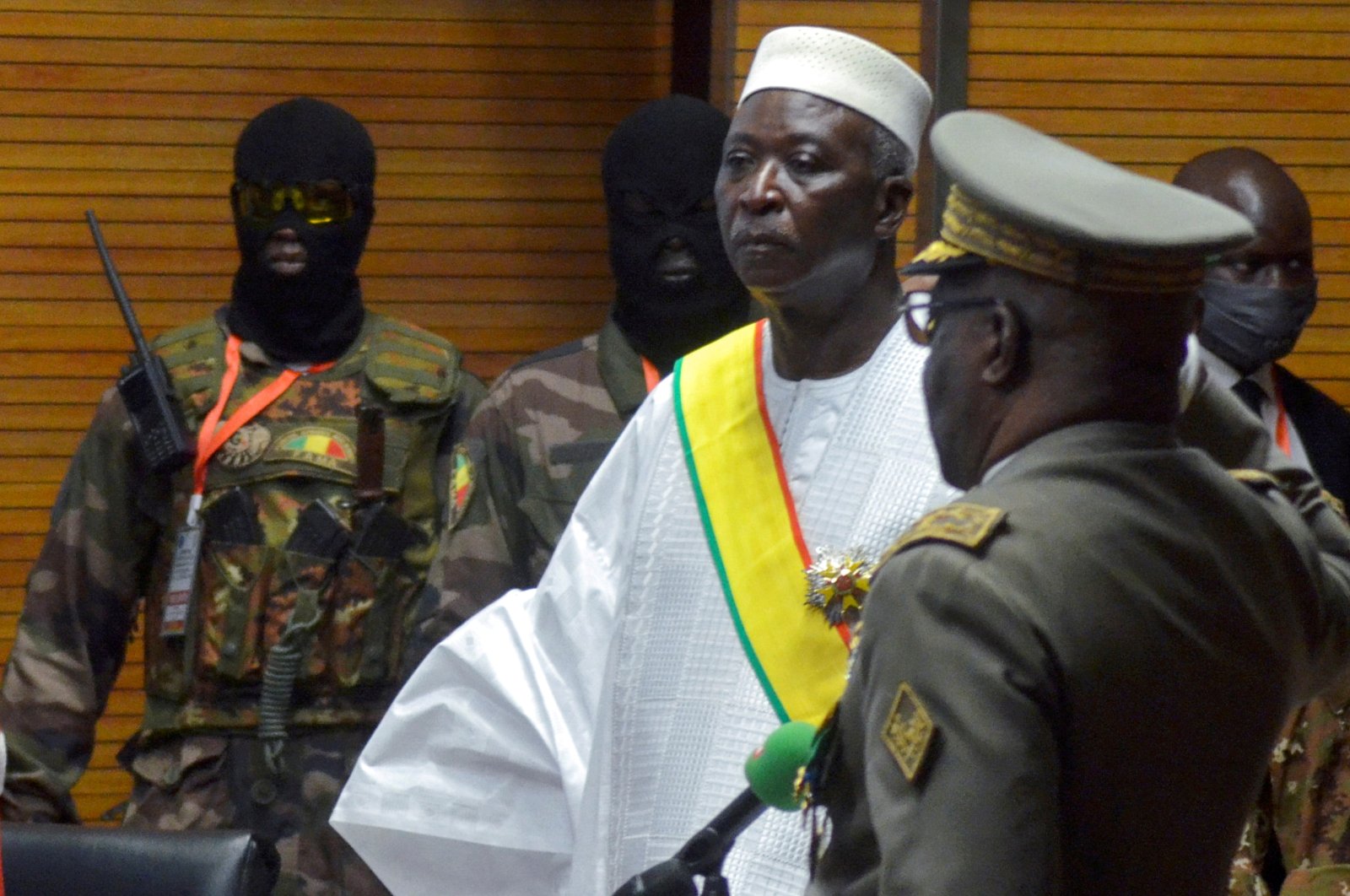 The Malian military arrested the president, prime minister and defense minister of the African country's interim government on Monday after a cabinet reshuffle, multiple diplomatic and government sources told Reuters, indicating that a coup is in the works.

President Bah Ndaw, Prime Minister Moctar Ouane and Defense Minister Souleymane Doucoure were all taken to a military base in Kati outside the capital Bamako, hours after two members of the military lost their positions in a government reshuffle, the diplomatic and government sources said. Their detentions followed the military ouster in August of President Ibrahim Boubacar Keita.

Speculation of a coup swirled around Bamako late on Monday, but the city remained relatively calm. Briefly reached by phone before the line cut, Prime Minister Ouane told Agence France-Presse (AFP) that soldiers "came to get him."

The development could exacerbate instability in the West African country where terrorist groups linked to al-Qaida and Daesh control large areas of the desert north. Political instability and military infighting have complicated efforts by Western powers and neighboring countries to prop up the impoverished nation, contributing to regional insecurity.

The United Nations' mission in Mali called for the group's "immediate and unconditional" release and said those who hold the leaders would have to answer for their actions.

"The international community rejects in advance any act imposed by coercion, including forced resignations," the group said.

EU leaders condemned what they called the "kidnapping" of Mali's civilian leadership, said European Council President Charles Michel. "What happened was grave and serious and we are ready to consider necessary measures," he told reporters after a summit of the bloc's 27 leaders, describing events as "the kidnapping of the president and the prime minister."

The U.S. State Department called in a statement for the "unconditional release of those currently being held".

Ndaw and Ouane had been tasked with overseeing an 18-month transition back to civilian rule after the August takeover, but they appear to have moved against the military's control over a number of key positions. Two coup leaders – ex-defense minister Sadio Camara and ex-security minister Colonel Modibo Kone – were replaced. Coup leaders and army officers have wielded significant influence over the government, casting doubts on a pledge to hold elections by early next year.

"The sacking of the pillars of the coup was an enormous misjudgement," a senior former Malian government official told Reuters. "The actions are probably aimed at getting them back in their jobs."

The military's ultimate goal was not immediately clear. One military official in Kati said this was not an arrest. "What they have done is not good," the source said, referring to the cabinet reshuffle. "We are letting them know, decisions will be made."

Kati's military base is notorious for ending the rule of Malian leaders. Last August, the military took President Keita to Kati and forced him to resign. A mutiny there helped topple his predecessor Amadou Toumani Toure in 2012. Mali has been in turmoil ever since.

Toure's departure triggered an ethnic Tuareg rebellion to seize the northern two-thirds of the country, which was hijacked by al-Qaida-linked terrorists. French forces beat the insurgents back in 2013 but they have since regrouped and carry out regular attacks on the army and civilians. They have exported their methods to neighboring Burkina Faso and Niger where attacks have skyrocketed since 2017.

There had appeared to be some cause for optimism. The transitional government said last month that it would hold legislative and presidential elections in February 2022 to restore a democratic government. "It is regrettable, but not surprising: the arrangement agreed to after the coup last year was not perfect, but it was a compromise agreed to by all the major Malian and international stakeholders," said J. Peter Pham, former U.S. special envoy for the Sahel, now with the Atlantic Council, told Reuters.

Young military officers ousted Keita on Aug. 18 after weeks of protests over perceived government corruption and his handling of Mali's insurgency. After the 15-nation West Africa bloc ECOWAS threatened sanctions, the military junta handed power to a caretaker government that pledged to reform the constitution and stage elections within 18 months. Coup leader Assimi Goita was appointed as vice president of the caretaker administration, and the interim president, Bah Ndaw, is a retired army officer.

Many have doubted whether the military-dominated government has the will, or the ability, to stage reforms on a short timescale. Among other problems, the vast nation faces a major logistical and security challenge, as swathes of territory are in the hands of terrorists.

Doubts remained despite the interim government last month pledging to hold a constitutional referendum on Oct. 31, with elections to follow in February next year. On May 14, amid growing anger, the government then said it would appoint a new "broad-based" cabinet.

An official at Mali's interim presidency, who requested anonymity, said the reshuffle was designed to send a message that "respect for the transition deadline remains the priority." He also underscored the necessity of replacing the defense and security ministers. "They are not emblematic figures of the junta," the official said, referring to the newly appointed ministers.

In an example of mounting unease, the opposition M5 movement, which spearheaded protests against Keita in 2020, this month urged dissolving the interim government and demanded a "more legitimate" body. But the M5 is divided. Two members of the Union for the Republic and Democracy party – part of the M5 – were appointed interim ministers Monday.

Civil disputes in Mali are also adding to the pressure created by political feuding. The country's largest union, UNTM, called a second week of strikes Monday after pay negotiations with the interim government collapsed.