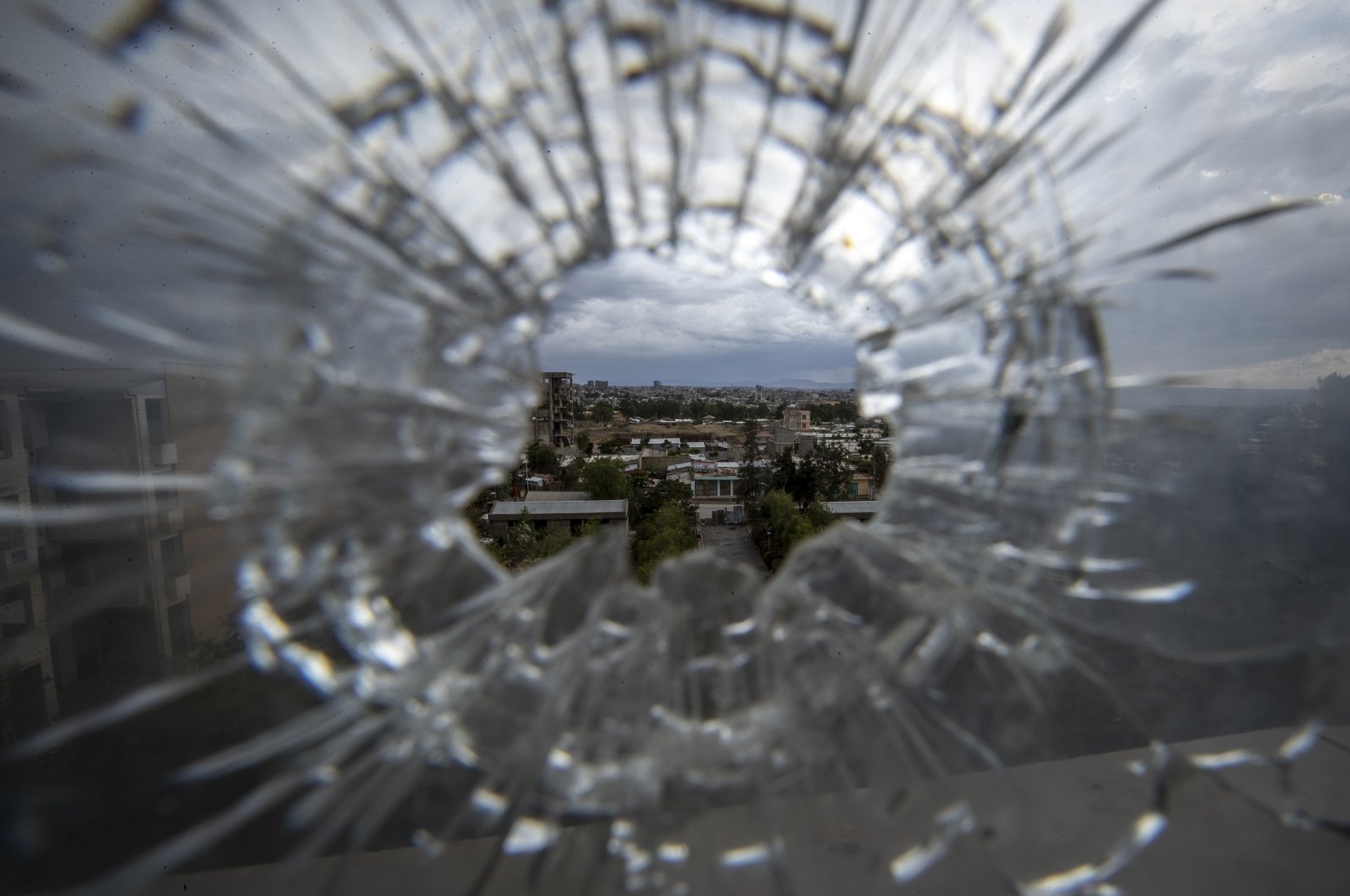 The city of Mekele is seen through a bullet hole in a stairway window of the Ayder Referral Hospital, in the Tigray region of northern Ethiopia, May 6, 2021. (AP Photo)
by ASSOCIATED PRESS Oct 18, 2021 4:39 pm
RECOMMENDED

Ethiopian military airstrikes have hit the capital of the country’s Tigray region and killed at least three people, witnesses said Monday, bringing the war back to Mekele after several months of peace.

The airstrikes, confirmed by two humanitarian workers, came days after a new military offensive was launched against Tigray forces who have been fighting Ethiopian and allied forces for nearly a year. Mekele hasn't seen fighting since late June, when Tigray forces retook much of the region and Ethiopian troops withdrew.

Since then, Ethiopia's federal government has called all able citizens to crush the Tigray fighters who dominated the national government for 27 years before being sidelined by Prime Minister Abiy Ahmed. What began as a political dispute in Africa's second-most populous country has now killed thousands of people.

Spokespeople for the military and the prime minister didn't immediately respond to questions. One Mekele resident, Kindeya Gebrehiwot, told The Associated Press (AP) that a market was bombed on a busy day. Kindeya, a spokesperson for the Tigray authorities, asserted that many people were wounded.

Another resident, speaking on condition of anonymity for fear of retaliation, said the first airstrike occurred just outside the city and three children from the same family were killed. The resident said at least seven people were wounded in the second airstrike, which also badly damaged a hotel.

The Tigray region, along with the current areas of fighting in the neighboring Amhara and Afar regions, is under a communications blackout, making it challenging to verify information. The Tigray forces have said they are trying to pressure Ethiopia's government to lift a deadly blockade imposed on the Tigray region since the dramatic turn in the war in June.

But witnesses in the Amhara region have alleged door-to-door killings and other atrocities against civilians by the Tigray fighters – an echo of the atrocities that Tigrayans reported at the hands of Ethiopian and allied forces earlier in the war.

The new offensive rages despite pressure from the United Nations, the United States, the European Union and other African nations for a cease-fire, talks and humanitarian access. The U.S. a month ago threatened a new round of targeted sanctions if steps toward those goals weren't taken quickly. Instead, the warring sides have shown no sign of stopping.

"The possibility for peaceful dialogue, which the people of Tigray had waited for, has no hope,” the Tigray forces said in a statement on Sunday. The last time the Ethiopian military carried out an airstrike near Mekele was in June, when a market in Togoga outside the city was hit and at least 64 civilians were killed. Soldiers for hours blocked medical teams from responding to victims.