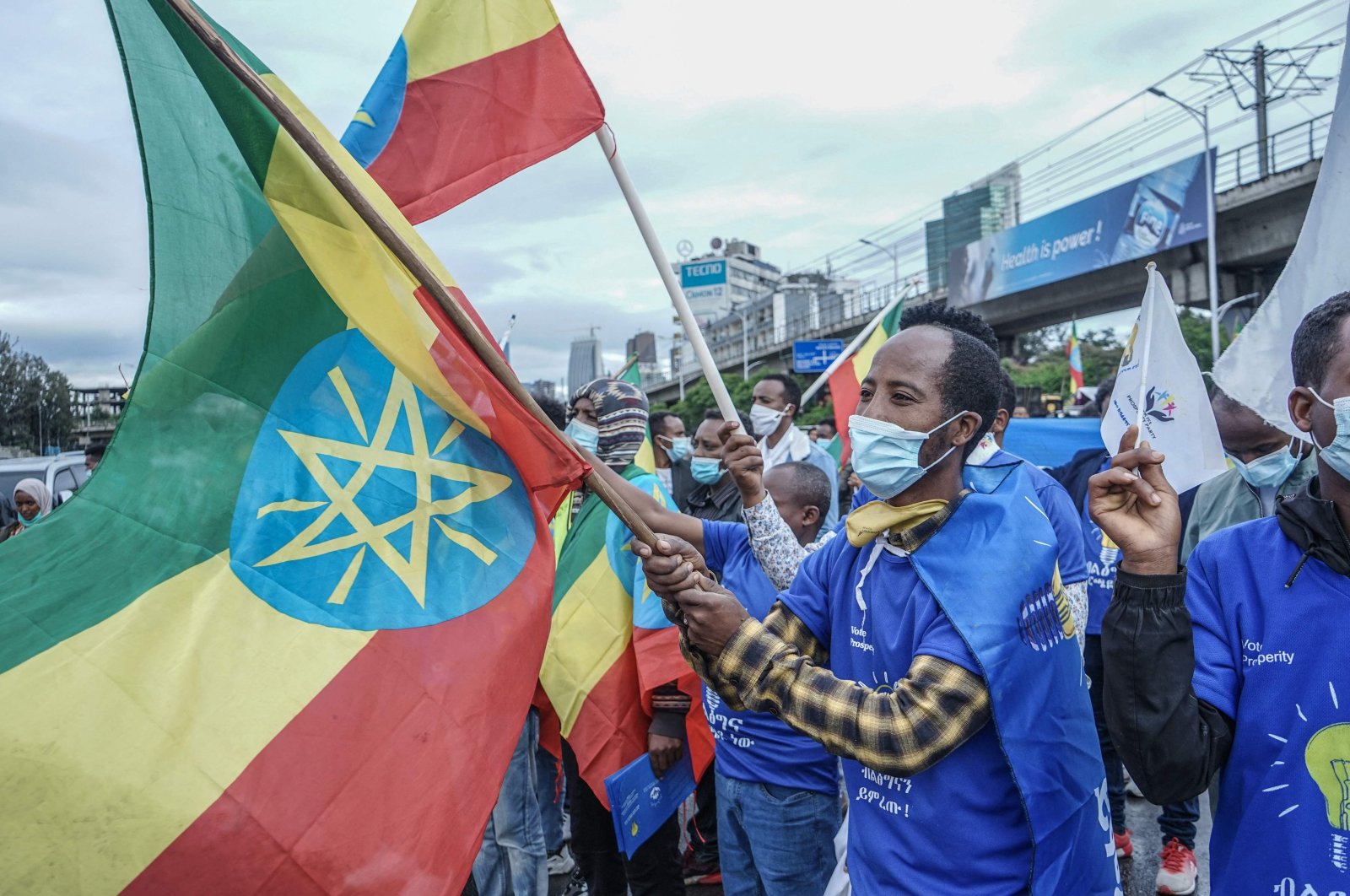 A Supporter of the Prosperity Party waves Ethiopia's national flag during the electoral campaign rally for the general elections in Addis Ababa, Ethiopia, on May 7, 2021. (AFP Photo)
by ASSOCIATED PRESS May 15, 2021 6:34 pm
RECOMMENDED

As the conflict in Ethiopia's Tigray region maintains its ferocity, Nairobi has once again decided to delay its national election that certain opposition parties had already announced they would not take part in.

The head of the national elections board, Birtukan Mideksa, in a meeting with political parties’ representatives on Saturday said the June 5 vote in Africa’s second-most populous country would be postponed until a yet-unknown date, citing the need to finish printing ballots, training staffers and compiling voters’ information.

Ethiopia last year delayed the election, the first major electoral test for Prime Minister Abiy Ahmed, citing the COVID-19 pandemic. That heightened tensions with the Tigray region’s leaders, who declared that Abiy’s mandate had ended and defiantly held a regional vote of their own that Ethiopia called illegal.

Since then, war in Tigray has killed thousands and led the United States to allege that "ethnic cleansing” against Tigrayans was being carried out in the western part of Tigray, a region of some 6 million people.

The prime minister, who introduced sweeping political reforms after taking office in 2018 and won the Nobel Peace Prize the following year, has repeatedly vowed that this election would be free and fair.

But the European Union recently said it would not observe the vote, saying Ethiopia failed to guarantee the independence of its mission and refused its requests to allow the importation of communications equipment.

Meanwhile, sometimes deadly ethnic tensions in parts of Ethiopia have led some to question how the election would be carried out, and the opposition Oromo Federalist Congress earlier this year pulled out of the vote. Several of its leaders remain behind bars after a wave of violence last year sparked by the killing of a popular Omoro musician.

In response, Ethiopia’s national election board said it was "striving” to ensure the poll will be free. "Shortfalls are inevitable given factors such as population size, development deficits at all levels, a nascent democratic culture and an increasingly charged political and security environment,” it said.

"We are deeply concerned about increasing political and ethnic polarization throughout the country,” the State Department said Friday.

Ethiopia’s election board has said some 36.2 million people have registered to vote. It was hoped that up to 50 million would do so.