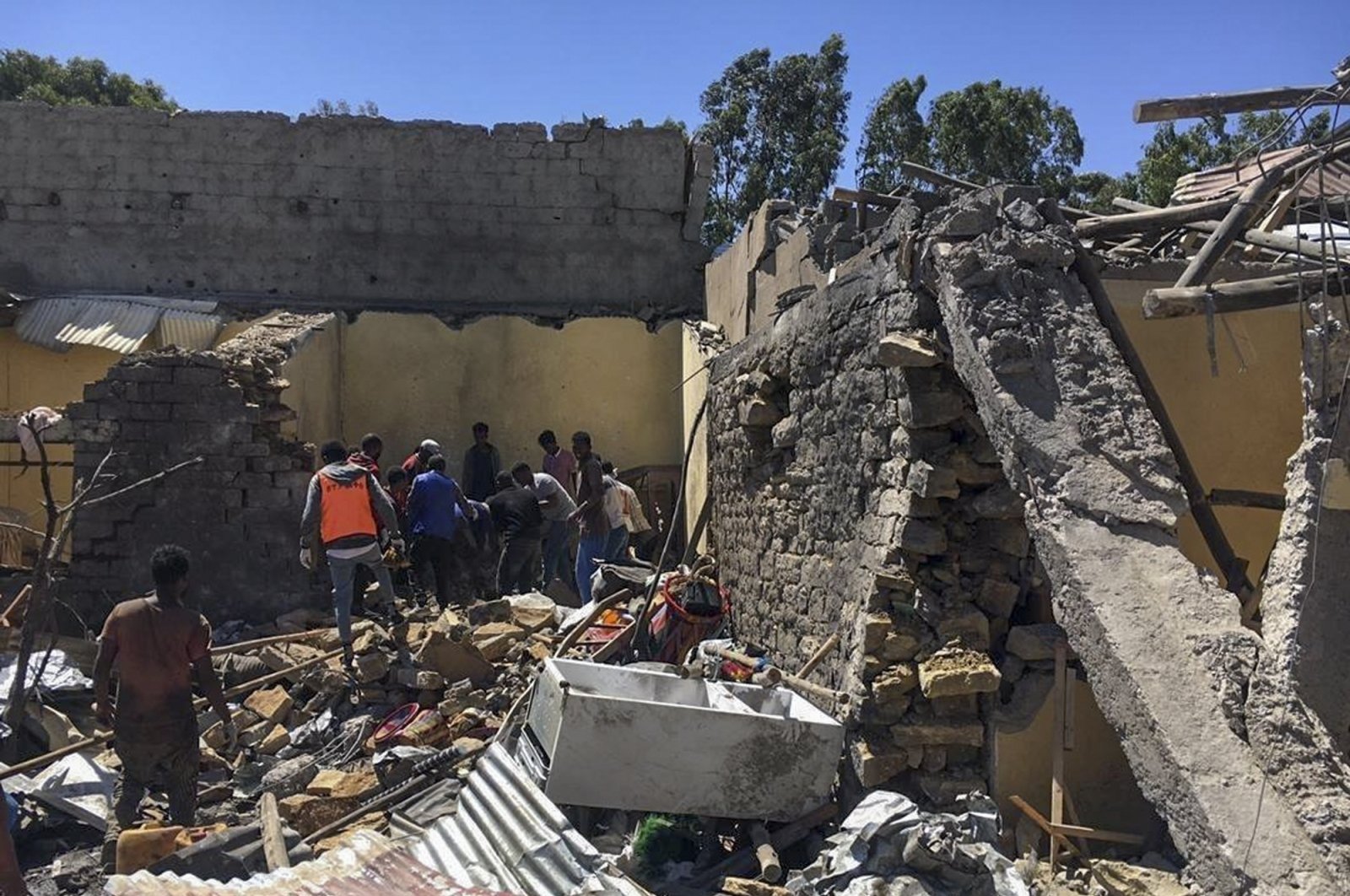 Residents sift through rubble from a destroyed building at the scene of an airstrike in Mekele, in the Tigray region of northern Ethiopia, Oct. 28, 2021. (AP Photo)
by Agencies Oct 28, 2021 3:50 pm
RECOMMENDED

An Ethiopian airstrike hit the capital of the northern region of Tigray on Thursday, with Tigrayan forces saying it killed six civilians in their homes, while the government said the strike hit a factory where military equipment was stored.

Tigray spokesperson Nahusenay Belay denied that the airstrike hit a military target and said it struck a "civilian residence," killing six people and wounding more than 20. Three children were among the dead, he said, according to The Associated Press (AP).

A doctor told Reuters he saw six people pulled out of the rubble from the bombing, and that he could not tell if they were alive or dead. He said the strike hit the residential Kebele 5 area. Tigrayan television screened pictures of Red Cross workers at the site of collapsed brick structures with corrugated iron roofs. Blankets and kettles can be seen among bloodstained wreckage. At one point, gloved volunteers hastily cover a body part with a sheet.

The government said in a statement that the airstrike hit Mekele and destroyed the other part of Mesfin Industrial Engineering PLC, a factory complex bombed last week, which it said the Tigray People's Liberation Front (TPLF) was using to maintain military equipment. But TPLF spokesperson Getachew Reda told Reuters that the airstrike hit Kebele 05 and that three people were killed, several other injured and three houses destroyed.

Asked for a comment on the alleged civilian deaths, government spokesperson Legesse Tulu replied in a text message: "There is not any intended and deliberate harm on civilians and their properties. The air strike successfully hit its target."

The central government of Prime Minister Abiy Ahmed in Addis Ababa has been fighting the Tigrayan forces, led by the TPLF, for nearly a year. The conflict has killed thousands of people and displaced more than 2 million.

The TPLF now controls most of Tigray and parts of the two neighboring regions. Thursday's strike is the latest in a campaign of aerial bombardments that the government began on Oct. 18. The air offensive accompanies intensified fighting in two neighboring northern regions – Afar and Amhara – where the military is trying to recover territory taken by the TPLF.