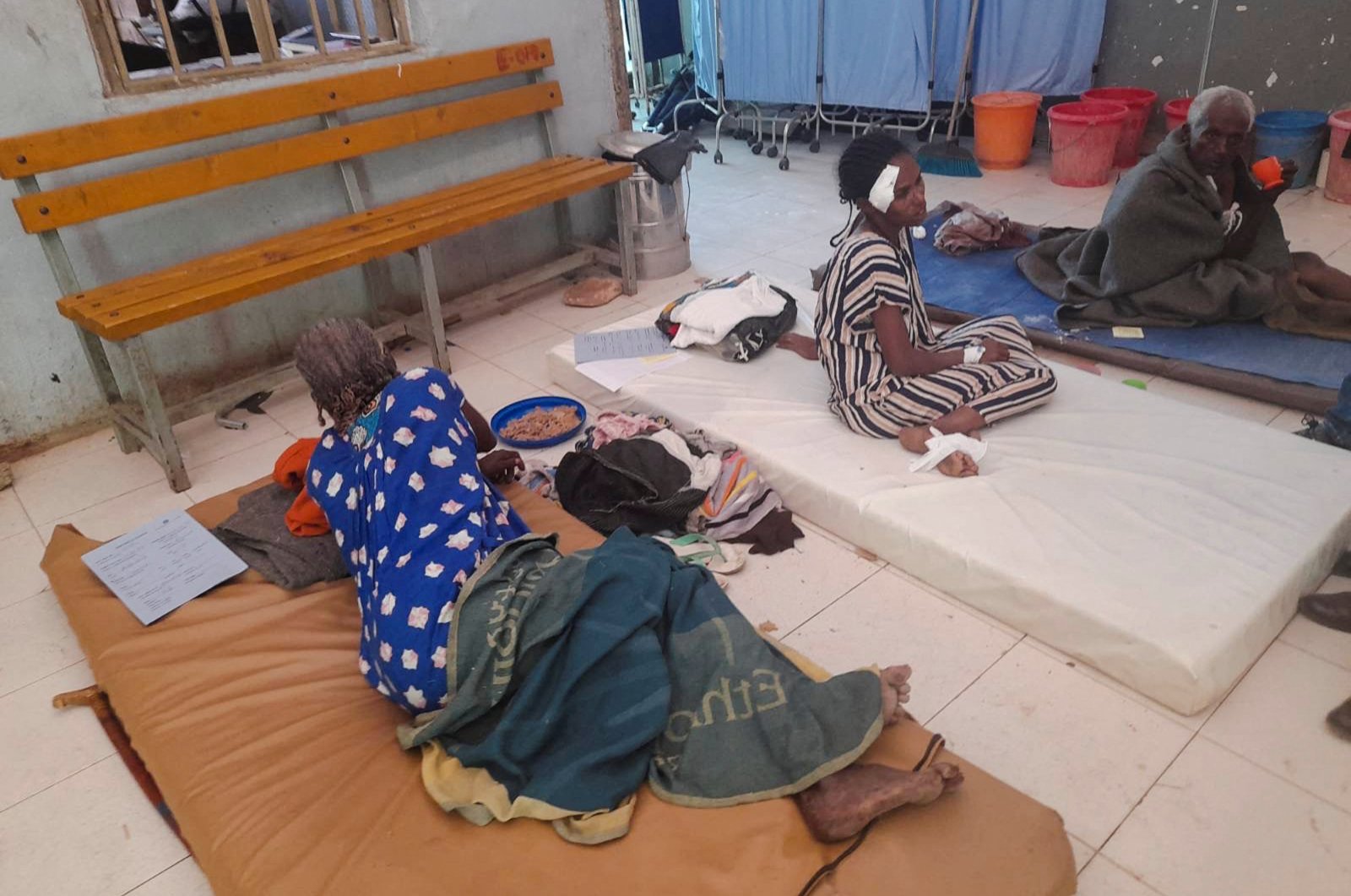 An Ethiopian airstrike in a camp in northern Tigray for internally displaced people claimed at least 56 victims and wounded many others, aid workers told Reuters on Saturday.

Both aid workers, who asked not to be named as they are not authorized to speak to the media, said the number of dead was confirmed by the local authorities.

The aid workers sent Reuters pictures they said they had taken of the wounded in hospital, which included many children.

The strike hit the camp in the town of Dedebit, in the northwest of the region near the border with Eritrea, late on Friday night, the aid workers said.

One of the aid workers, who visited Shire Shul General Hospital where the injured were brought for treatment, said the camp hosts many old women and children.

"They told me the bombs came at midnight. It was completely dark and they couldn't escape," the aid worker said.

Before the latest strike, at least 146 people have been killed and 213 injured in airstrikes in Tigray since Oct. 18, according to a document prepared by aid agencies and shared with Reuters this week.

The war in the north has claimed the lives of thousands of people and left hundreds of thousands more facing famine conditions in Tigray, which is under what the United Nations says is a de facto blockade.

Fighting broke out when Abiy sent troops into Tigray in November 2020 after months of seething tensions with its ruling party the TPLF, accusing its fighters of attacking federal army camps.

He declared a swift victory but rebel fighters hit back, recapturing most of Tigray by the end of June and pushing into the neighboring regions of Amhara and Afar.

The TPLF claimed to have been as close as 200 kilometers (125 miles) from Addis Ababa in November, prompting alarmed foreign nations to tell their citizens to leave.

But by the end of December, they announced a withdrawal to Tigray after the government retook several strategic towns on the road to the capital, including the UNESCO heritage site Lalibela.

In a surprise move, the Ethiopian government announced Friday it was pardoning a number of high-profile political prisoners, including members of the TPLF, in a bid to promote "national dialogue."

It comes amid a lull in the brutal 14-month conflict after a dramatic shift in battlefield fortunes at the end of last year saw government forces retake a string of key towns and the TPLF retreat to its stronghold in Tigray.

"The key to lasting unity is dialogue. Ethiopia will make any sacrifices to this end," the government communications service said in a statement carried by the Agence France-Presse (AFP) announcing the amnesty.

"Its purpose is to pave the way for a lasting solution to Ethiopia's problems in a peaceful, non-violent way ... especially with the aim of making the all-inclusive national dialogue a success."

It listed several prominent members of the TPLF as well as opposition leaders from the Oromo ethnic group, the largest in Ethiopia, and the Amhara. It was not immediately clear how many of those granted amnesty had yet been freed.

Prime Minister Abiy Ahmed, a Nobel peace laureate who reportedly went to the battlefront in November to lead his troops, had also called for "national reconciliation" and "unity" in a statement issued as Ethiopia celebrated Orthodox Christmas.

The pardons coincided with a mission to Ethiopia by U.S. envoy Jeffrey Feltman, who is pushing for talks to end a conflict that has threatened to tear apart Africa's second most populous state and destabilize the Horn of Africa region.

U.N. Secretary General Antonio Guterres said in a statement on Twitter that he welcomed the amnesty announcement.

"I will remain actively engaged in assisting Ethiopia to bring an end to the fighting and to restore peace and stability," he added.