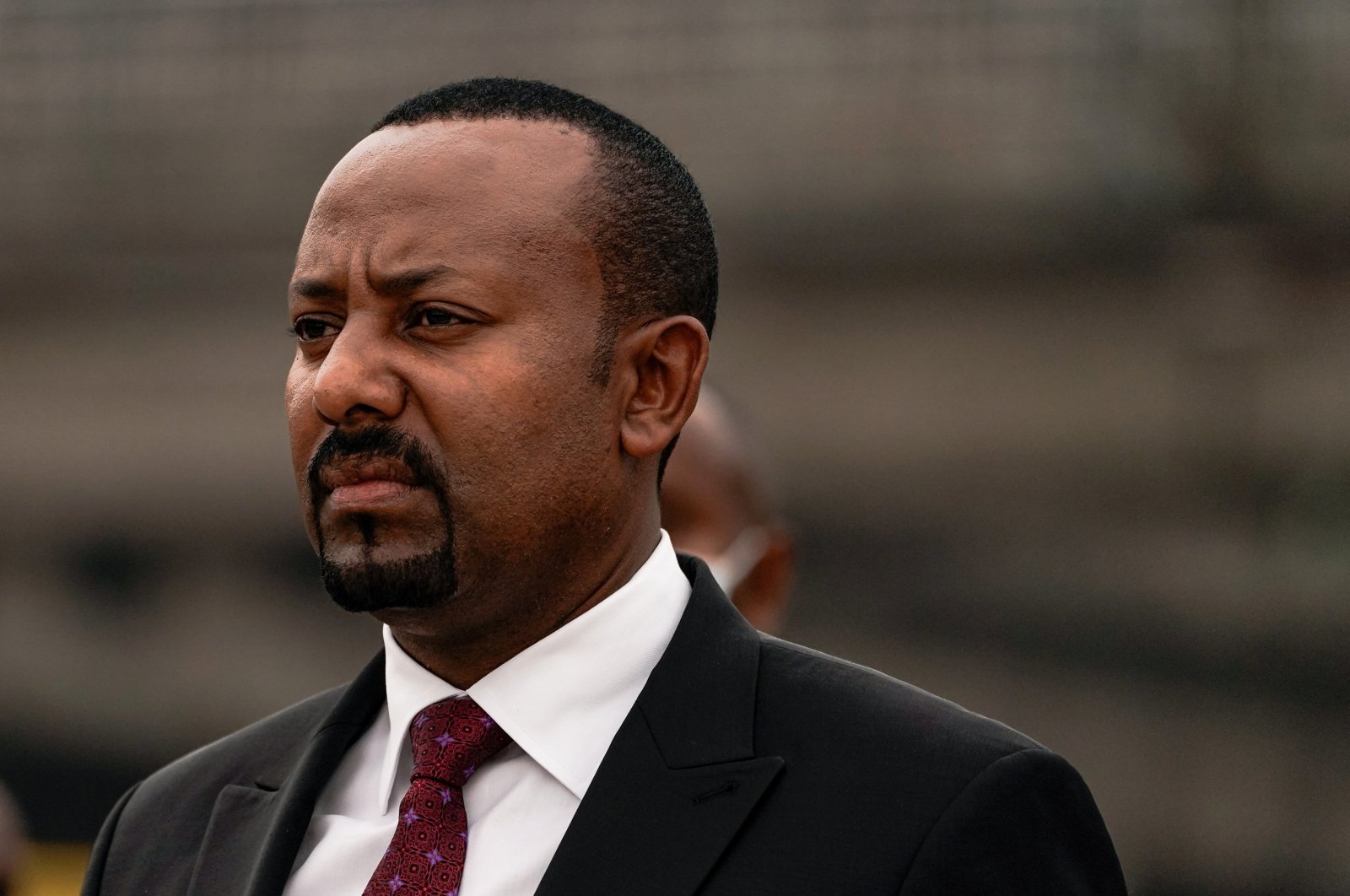 Ethiopia's Nobel Peace Prize-winning prime minister has gone to the front lines, his government announced Wednesday, after the leader said sacrificing oneself might be necessary in the yearlong war with rival fighters approaching the capital.

State media showed no images of Abiy Ahmed, a 45-year-old former soldier, and his spokesperson Billene Seyoum dismissed a request for details on his location as "incredible." He arrived at the front Tuesday, according to a government spokesperson.

Tens of thousands of people have died in the war between Ethiopian federal and allied troops and fighters from the country's Tigray region. The prospect of the ancient nation breaking apart has alarmed both Ethiopians and observers who fear what would happen to the often turbulent Horn of Africa at large. Countries including France, Germany and Turkey have told their citizens to leave immediately.

Abiy was awarded the Nobel Peace Prize just two years ago for sweeping political reforms and for making peace with neighboring Eritrea. His trajectory from winning the Nobel to now potentially heading into battle has shocked many.

But a move to the front would follow the tradition of Ethiopian leaders including Emperor Haile Selassie and Emperor Yohannes IV, who was killed in battle in 1889, said Christopher Clapham, a retired professor associated with the University of Cambridge.

"It strikes me as a very traditional Ethiopian exertion of leadership," Clapham said. "It might be necessary to rescue what looks like a very faltering Ethiopian military response."

The Tigray forces, who had long dominated the national government before Abiy came to power, appear to have the momentum. They've approached the capital of Addis Ababa in recent weeks with the aim of strengthening their negotiating position or simply forcing the prime minster to step down.

While unusual, a leader's move to the front has occurred elsewhere in Africa, but at times with deadly results: Chad's president, Idriss Deby Itno, was killed while battling rebels in April, according to the military.

"The situation is extremely dangerous," said Adem Abebe, researcher with the International Institute for Democracy and Electoral Assistance. "If (Abiy) gets hurt or killed, it's not just the federal government that will collapse, the army will as well."

The prime minister announced earlier this week that he would go to the battlefront, saying that "this is a time when leading a country with martyrdom is needed." The deputy prime minister is handling the government's day-to-day operations in the meantime, spokesperson Legesse Tulu said Wednesday.

Abiy also invited Ethiopians to join him – the latest call for every able citizen in the country of more than 110 million people to fight. There have been reports of hurried military trainings and allegations of forced conscription in recent months, while analysts have warned that, with the military apparently weakened, ethnic-based militias are stepping up.

"He may be seriously considering becoming a martyr," said the man who nominated Abiy for the Nobel, Awol Allo, a senior lecturer in law at Keele University in Britain.

Allo said the move fits with the prime minister's view of himself and his sense that he was destined to lead. But he also didn't rule out the possibility that Abiy may have simply left the capital for a safer location – not the front – and was directing the war from there.

U.S. envoy Jeffrey Feltman told reporters on Tuesday that he fears that "nascent" progress in mediation efforts with the warring sides could be outpaced by the "alarming" military developments.

The war began in November 2020, when a growing political rift between the Tigray leaders and Abiy's government broke into open conflict. Abiy quietly allowed soldiers from Eritrea to enter Tigray and attack ethnic Tigrayans, resulting in some of the worst atrocities of the war. He denied the Eritreans' presence for months.

The Tigray forces have said they want Abiy out, among other demands. Abiy's government wants the Tigray forces, which it has designated as a terrorist group, to withdraw to their region as part of their conditions.

"Unless there is some kind of divine intervention, I don't see any chance for a peaceful resolution through dialogue because the positions are highly polarized," said Kassahun Berhanu, professor of political science at Addis Ababa University, who added he believed Abiy's announcement about going to the front is "aimed at boosting popular morale."

Millions of civilians are trapped and going hungry amid the fighting. Ethiopia's government has blockaded the Tigray region for several months, saying it fears that humanitarian aid will end up in the hands of fighters, while hundreds of thousands of people in the neighboring Amhara and Afar regions are beyond the reach of significant aid as Tigray forces advance through those areas.

One target of the Tigray forces appears to be the supply line from neighboring Djibouti to Ethiopia's capital, and the U.S. envoy warned the fighters against cutting off that road or entering Addis Ababa.

That could be "catastrophic" for the country, Feltman said to reporters on Tuesday. African Union (AU) envoy Olesegun Obasanjo also has been mediating but has not spoken publicly about his work in recent days.