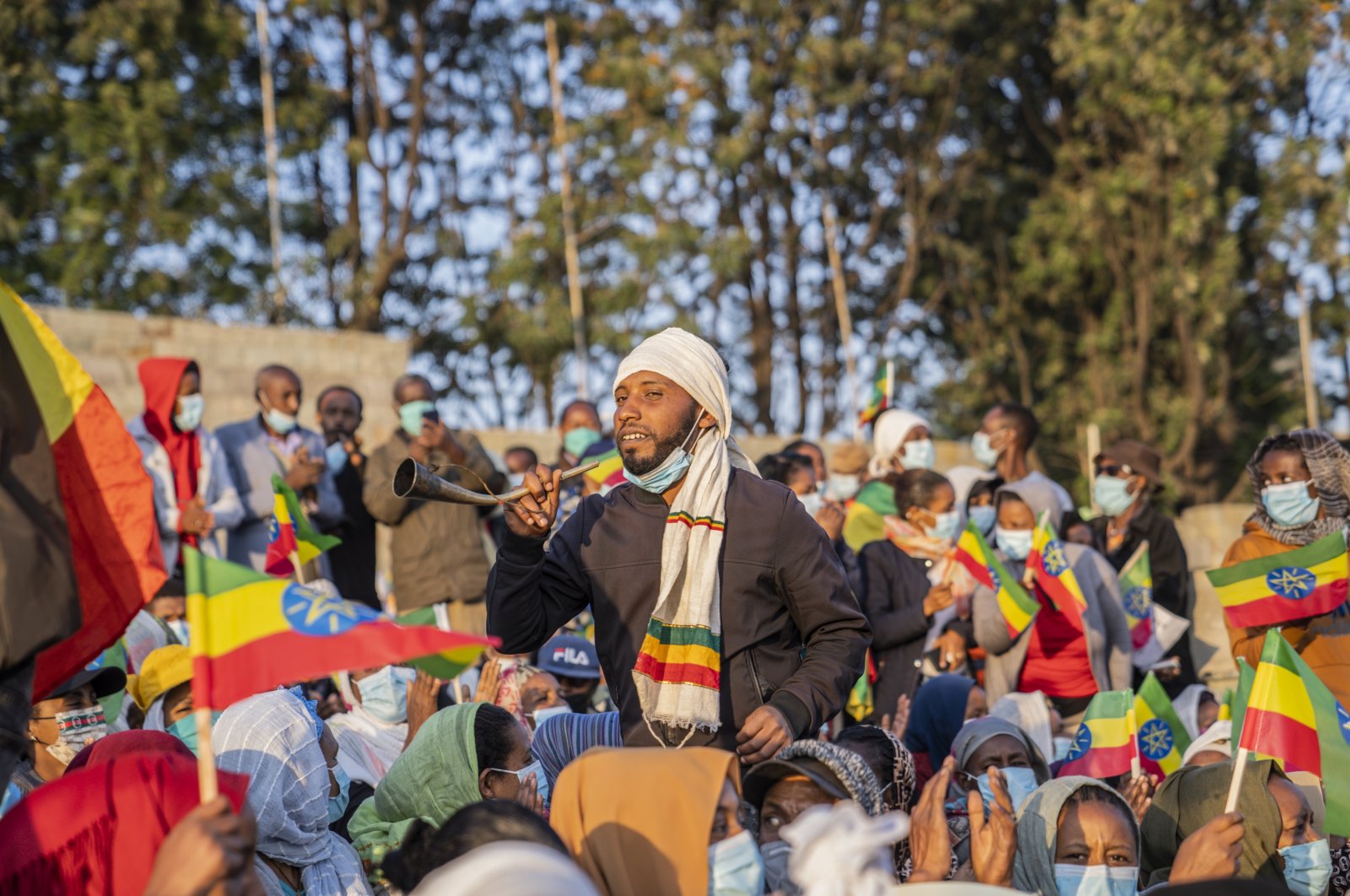 The United Nations ordered its international staff and their family members to leave Ethiopia immediately, according to Agence France-Presse (AFP) which saw an internal document Tuesday, as Tigrayan rebels move closer to capital Addis Ababa.

France also became the latest country to urge its citizens to leave Ethiopia as the brutal one-year conflict appears to be taking a dramatic new turn.

Prime Minister Abiy Ahmed on Monday vowed he would head to the front line to lead his soldiers, declaring: "We are now in the final stages of saving Ethiopia."

Officials in the capital insisted Tuesday that security forces were working to ensure Addis Ababa's peace and stability and told the diplomatic community not to worry.

But the latest developments cast doubt on hopes of a peaceful solution to the war in Africa's second most populous country, despite frantic diplomatic efforts led by the African Union (AU) to secure a cease-fire.

Thousands of people have been killed since the fighting erupted in November 2020, triggering a deep humanitarian crisis that the U.N. says has left hundreds of thousands on the brink of famine and displaced more than 2 million.

An internal U.N. security order seen by AFP said that "eligible family members of internationally recruited staff" should be evacuated by Nov. 25.

France also advised its citizens in an email to leave Ethiopia "without delay," following similar advisories by the U.S. and the U.K. in recent weeks as the fighting moves closer to Addis Ababa.

But officials in the capital said at a briefing to diplomats that security forces, including youth groups, were working to ensure the city's safety.

"The propaganda and terror talk being disseminated by the Western media fully contradicts the peaceful state of the city on the ground, so the diplomatic community shouldn't feel any worry or fear," said Kenea Yadeta, head of the Addis Ababa Peace and Security Bureau.

Northern Ethiopia has been wracked by conflict since November 2020 when Abiy sent troops into the northern Tigray region to topple the Tigray People's Liberation Front (TPLF) after months of tensions with the party, which dominated national politics for three decades.

The 2019 Nobel Peace Prize winner promised a swift victory, but by late June the TPLF had regrouped and retaken most of Tigray including its regional capital Mekele.

Since then the TPLF has pushed into the neighboring Afar and Amhara regions and this week claimed control of Shewa Robit, just 220 kilometers (135 miles) northeast of Addis Ababa by road.

Some TPLF fighters were believed to have reached Debre Sina, roughly 30 kilometers closer to Addis Ababa, diplomats briefed on the security situation said.

A communications outage in much of the conflict-hit zone has made battlefield movements difficult to verify.

The government has not responded to requests about the status of Shewa Robit.

'Meet at the front'

The African Union's special envoy for the Horn of Africa, Olusegun Obasanjo, is leading a frantic push to broker a cease-fire, but so far there has been little concrete progress.

The leaders of South Africa and Kenya on Tuesday urged the warring parties to commit to an immediate cease-fire and political dialogue.

But Abiy, who won the Nobel prize in 2019 for forging peace with neighboring Eritrea, himself cast doubts on the prospects for a peaceful solution in a statement on Monday.

"Starting tomorrow, I will mobilise to the front to lead the defence forces," he said.

"Those who want to be among the Ethiopian children who will be hailed by history, rise up for your country today. Let's meet at the front."

Meanwhile, the United Nations on Tuesday launched a major drive to deliver food aid to two towns in northern Ethiopia despite the looting of warehouses.

The U.N.'s World Food Programme said the "major food assistance operation" would serve more than 450,000 people over the next two weeks in the Amhara towns of Kombolcha and Dessie which lie at a strategic crossroads on the main highway to Addis Ababa.