Ethiopian military not to cross into Tigray: Government spox 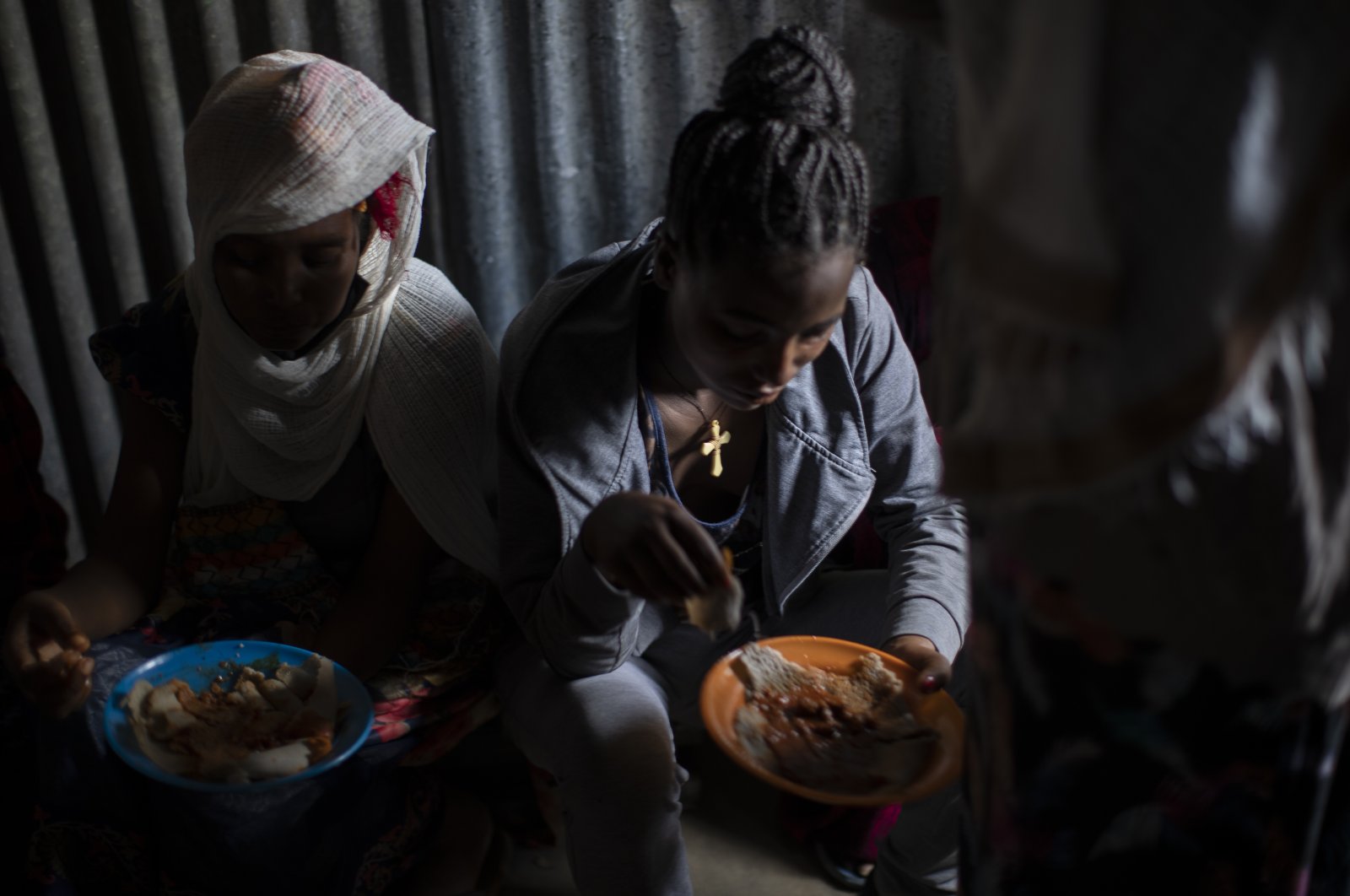 Displaced Tigrayan women, one wearing an Ethiopian Orthodox Christian cross, sit in a metal shack to eat food donated by local residents at a reception center for the internally displaced in Mekele, in the Tigray region of northern Ethiopia, on May 9, 2021. (AP Photo)
by Reuters Dec 23, 2021 8:06 pm
RECOMMENDED

Following their advance into the Amhara and Afar regions, the Ethopian military will not advance further into the Tigray region, a government spokesperson announced Thursday, one day after a government airstrike took out a key Tigrayan power station.

But the government will take whatever measures necessary to ensure the party ruling Tigray – the Tigray People's Liberation Front (TPLF) – does not present a threat, government spokesperson Legesse Tulu told a news conference.

"As per our current assessment, the enemy has been heavily hit and is no longer capable of executing its wishes," said Legesse.

The TPLF and the federal government and its allies have been at war for over a year. Government forces stayed in Tigray for the first eight months of the war, before withdrawing in June following heavy battlefield casualties.

Tigrayan forces then invaded the Amhara and Afar regions in July, saying they wanted to break a humanitarian aid blockade on Tigray but withdrew this month after also suffering heavy battlefield casualties. The government has denied U.N. accusations it blocked food aid into famine-hit Tigray.

Airstrikes in Tigray have continued. On Wednesday, an airstrike hit a power substation in Mekelle, the Tigrayan capital, regional media and two humanitarian sources there said. One source said colleagues had been in a hospital with injured workers from the substation.

The strike jeopardizes power access in the northern region, already scant following 13 months of conflict with the federal government.

Neither Legesse nor military spokesperson Colonel Getnet Adane responded to requests for comment on the strike.

Power across Mekelle had been off since the strike, the humanitarian sources told Reuters.

Access to the national electricity and communications networks was shut down in Tigray after federal forces left the region in late June. Tigray has had extremely limited access to regional power supplies since then. The United Nations has urged the Ethiopian government to restore electricity to the region.

Tigrai TV, a media outlet controlled by the Tigray state government, broadcast footage of what it said was the aftermath of Wednesday's substation strike, showing broken glass and charred power lines. The channel interviewed a technician at the substation who described two drone strikes.

Reuters was unable to immediately independently verify the footage.

The conflict in northern Ethiopia has killed thousands, displaced millions and pushed 400,000 people in Tigray towards famine. The TPLF and the federal government blame each other for the war.

The TPLF accuses Prime Minister Abiy Ahmed of wanting to centralize power at the expense of the regions, which he denies. The federal government accuses the TPLF – which used to dominate national politics for nearly three decades – of trying to reclaim power, which it denies.