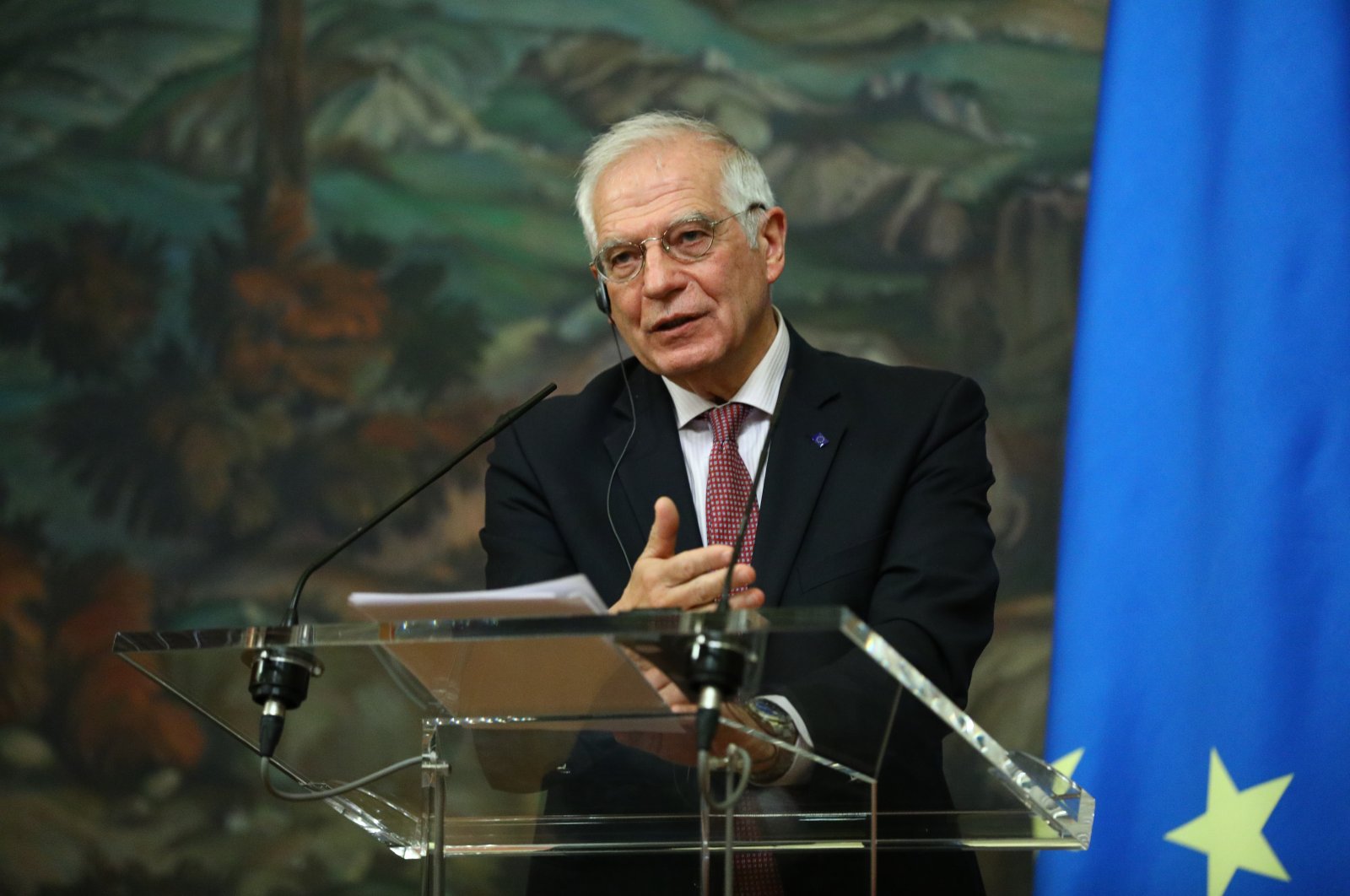 The European Union and the Arab League on Sunday welcomed the election of the new Libyan prime minister to govern the country until the elections in December.

In a statement, Josep Borrell, the high representative of the EU for foreign affairs and security policy and EU Commission vice president, said that the bloc welcomed the agreement on the transitional unified executive authority that saw the election of an interim presidential council and prime minister.

Borrell also underlined that this was an important milestone in the Berlin Process for a political resolution to the conflict in the North African country and for national elections due Dec. 24, 2021.

"We are ready to work with the new president of the Presidential Council, Mohammad Younes Menfi, and the new prime minister, Abdul Hamid Mohammed Dbeibah, and stress the need for the swift formation of a new, inclusive government that will work for national reconciliation and unification of the country.

"We encourage the House of Representatives to vote on the Libyan Political Dialogue Forum (LPDF) outcomes according to the timeline agreed in the road map adopted by the LPDF in Tunis in November 2020," the statement said.

It said that since the Berlin Conference, Libya had made significant progress toward securing lasting peace and stability, including through the reopening of its energy sector, the cease-fire agreement of Oct. 23 between the rival sides in the country, the road map for the upcoming elections and selection of a transitional unified executive authority.

The bloc also urged all relevant Libyan stakeholders and members of the international community to support the temporary authority in the interest of stabilizing the country and national reconciliation after years of turmoil since the deposition of former ruler Moammar Gadhafi in 2011.

"In this regard, the EU recalls its instrument of sanctions against possible spoilers," it said.

Emphasizing that the main priority should now be to prepare to hold the elections on time, the statement urged Libyan authorities to adopt needed electoral laws and their constitutional basis, implement the cease-fire agreement and enact economic reforms, starting with the unification of all financial institutions.

"The EU will be ready to support this process and urges all Libyan and international actors to do so in respect of Libya's territorial integrity and national sovereignty," it added.

The Arab League, as well as several Arab countries separately, also welcomed the election of Libya's Presidential Council, as well as its prime minister.

A written statement by the league emphasized the bloc's support for all national efforts in Libya to reach a final and comprehensive solution.

Algeria's foreign minister also released a statement, noting that the neighboring country is ready to cooperate with the new Libyan administration and emphasizing Algiers' opposition to outside interventions in Libya's internal affairs.

In a statement of its own, Oman's Foreign Ministry expressed the Gulf country's pleasure at the interim administration's election, adding that they hoped this step would provide security, stability and development.

For its part, Yemen's Foreign Ministry noted that this was a historical step toward security and stability in Libya.

Based in the capital Tripoli and currently led by Prime Minister Fayez Sarraj, the Government of National Accord (GNA) was founded in 2015 under a U.N.-led agreement. But efforts for a long-term political settlement have failed due to a military offensive by militias loyal to Libyan putschist Khalifa Haftar.

The GNA has been battling Haftar's militias since April 2019 in a conflict that has claimed thousands of lives.