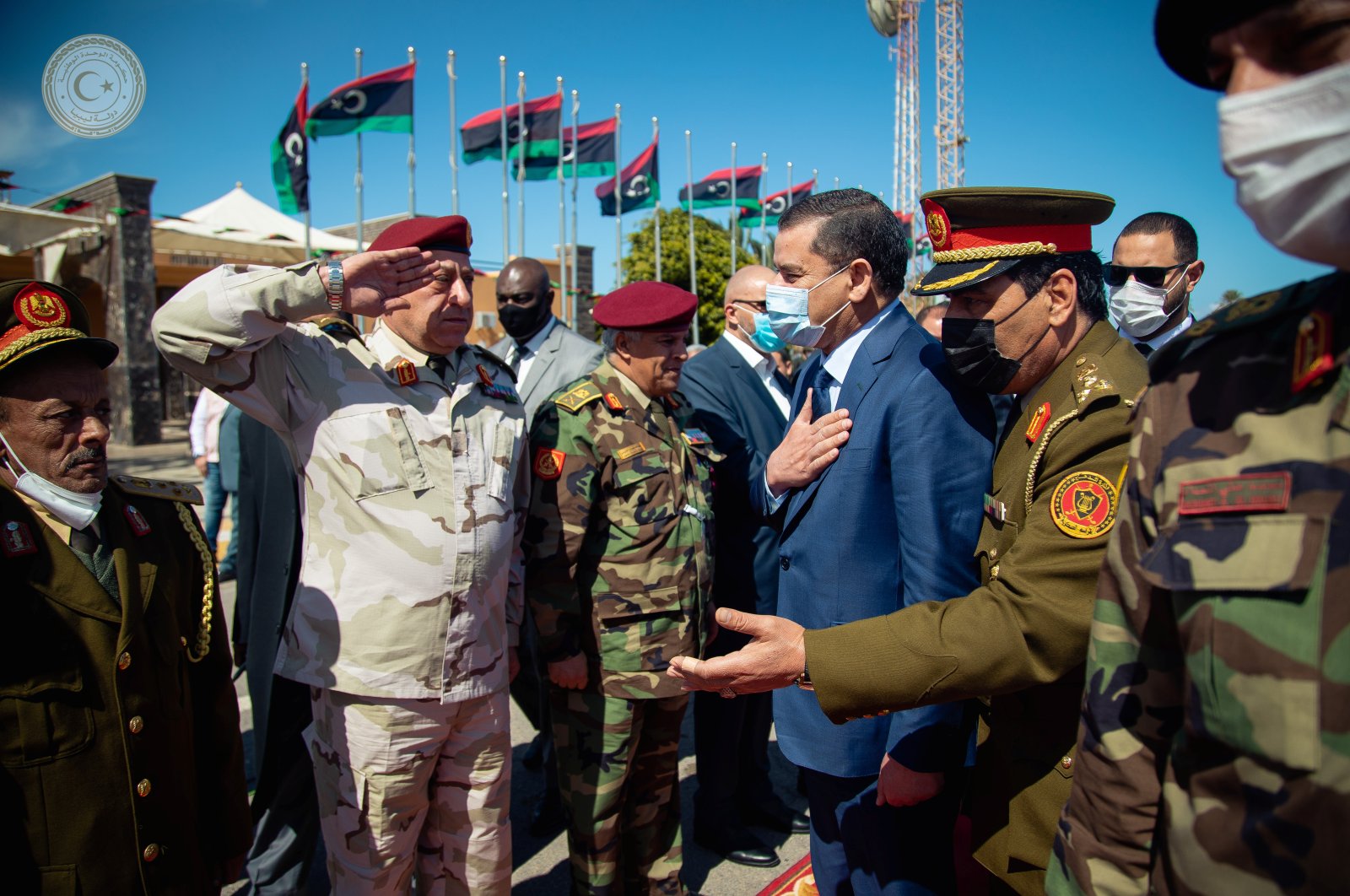 "We applaud the Libyan people for their determination to restore unity to their country," said the foreign ministers of France, Germany, the U.S., Italy and Britain in a joint statement on Thursday.

And they reiterated a call for "the withdrawal of all foreign fighters and mercenaries from all of Libya."

"This outcome is a fundamental step on the path towards the unification of Libyan institutions and a comprehensive political solution to a crisis that has tested Libya and its people," the joint statement said.

Similar comments were issued earlier at a joint news conference with the foreign ministers of France and Germany.

France's Jean-Yves Le Drian called it a "major advance," while his German counterpart Heiko Maas said it was an "excellent development."

Oil-rich Libya descended into conflict after dictator Moammar Gadhafi was toppled and killed in an uprising in 2011, resulting in multiple forces backed by competing foreign powers vying for control of the country.

After two days of intense debate under heavy security in the central city of Sirte, Libya's parliament on Wednesday approved the Cabinet of interim Prime Minister Abdul Hamid Dbeibah.

The United Nations mission to the country praised leaders for the "patriotic efforts that led to this landmark moment in the history of Libya."

Libya has been split between the U.N.-recognised Government of National Accord (GNA), based in the capital Tripoli and backed by Turkey, and an administration in the east supported by putschist Gen. Khalifa Haftar, with the backing of the United Arab Emirates (UAE), Egypt and Russia.

Dbeibah said Wednesday that it was time "to turn the page on wars and divisions," but the country faces a series of daunting challenges including soaring unemployment, inflation and poor or nonexistent public services.