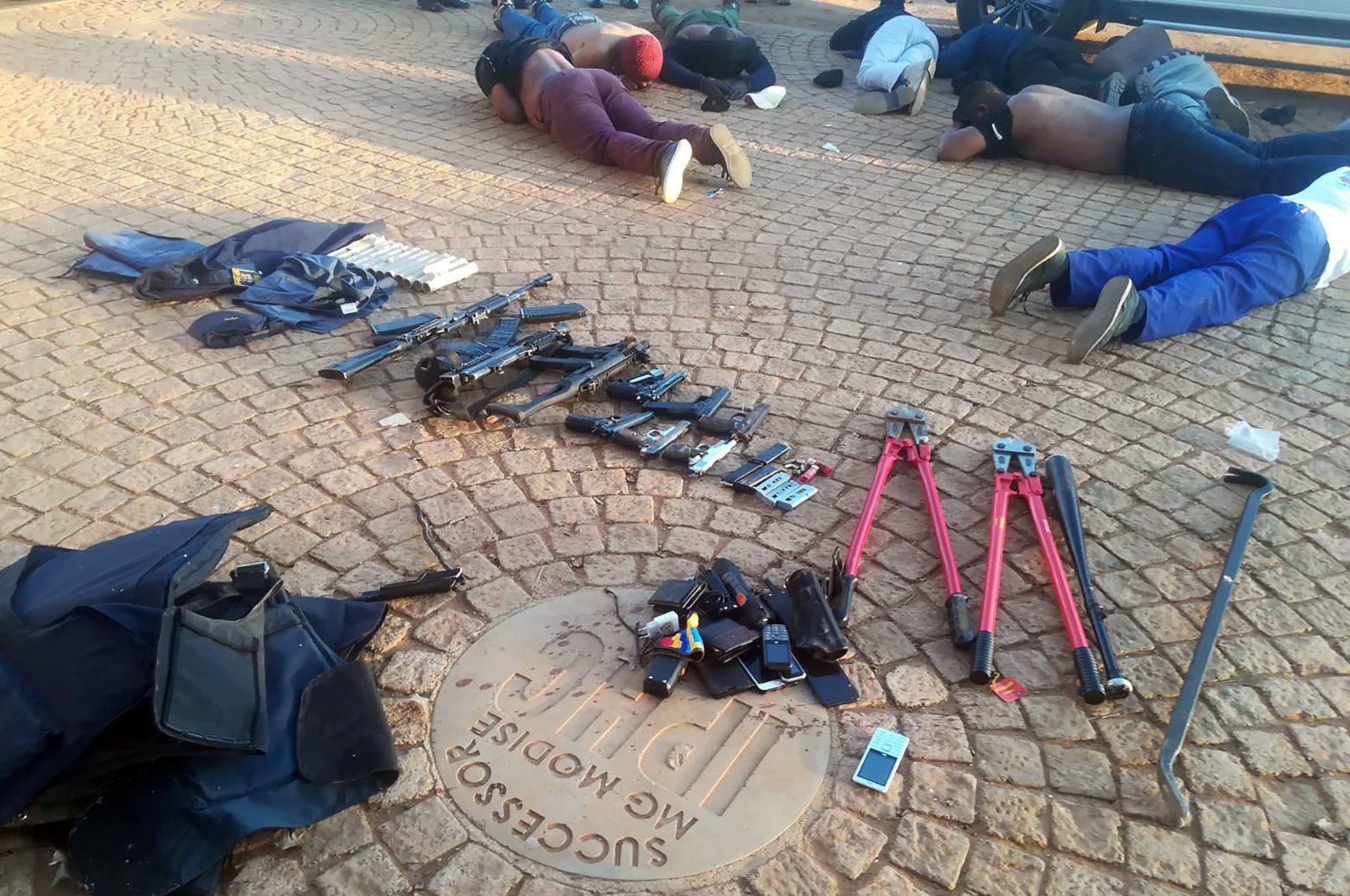 In this photo made available by the South African Police Services (SAPS), confiscated arms and ammunition, foreground, and arrested suspects, background, lay face-down at a church in Zuurbekom, near Johannesburg, Saturday, July 11, 2020. (AP Photo)
by Compiled from Wire Services Jul 11, 2020 6:38 pm
RECOMMENDED

Five people are dead and more than 40 have been arrested after an early-morning hostage situation at a long-troubled church near Johannesburg, police in South Africa said Saturday.

A statement said police and military who responded to reports of a shooting at the International Pentecostal Holiness Church headquarters in Zuurbekom found four people "shot and burned to death in a car” and a security guard shot in another car. Six other people were injured.

Police said they rescued men, women and children who had been held hostage and appeared to have been living at the church. Police spokesman Vish Naidoo told local broadcaster eNCA that they are investigating the multiple murders, adding that members of a special police task force had rescued about 200 people who had reportedly been taken hostage inside the church.

The attack by a group of armed people "may have been motivated by a feud” between church members, the police statement said.

According to preliminary investigations, the attack was linked to a leadership dispute in the church.

"The initial group that allegedly attacked this church said they were here to take over the premises," Naidoo said.

"We also have information that there are conflicting groups within the church and that might be a possibility of a motive but we don't want to elaborate too much on the motive," he added.

The church is one of the largest – and reportedly richest – in South Africa.

Photos tweeted by the police showed more than a dozen men lying on the ground, subdued, along with rifles, pistols, a baseball bat and boxes of ammunition – including at least one marked "law enforcement."

The response by security forces "averted what could have been a more severe bloodbath," national police commissioner Khehla John Sitole said.

Among those arrested were members of the police, defense forces and correctional services.

The church's Zuurbekom headquarters has been the scene of violence between factions more than once in recent years, with shots fired, rocks thrown and cars smashed, according to local news reports.

"Trouble has been brewing at the church following the death of its leader‚ Glayton Modise‚ in February 2016,” The Sowetan newspaper reported in 2018.