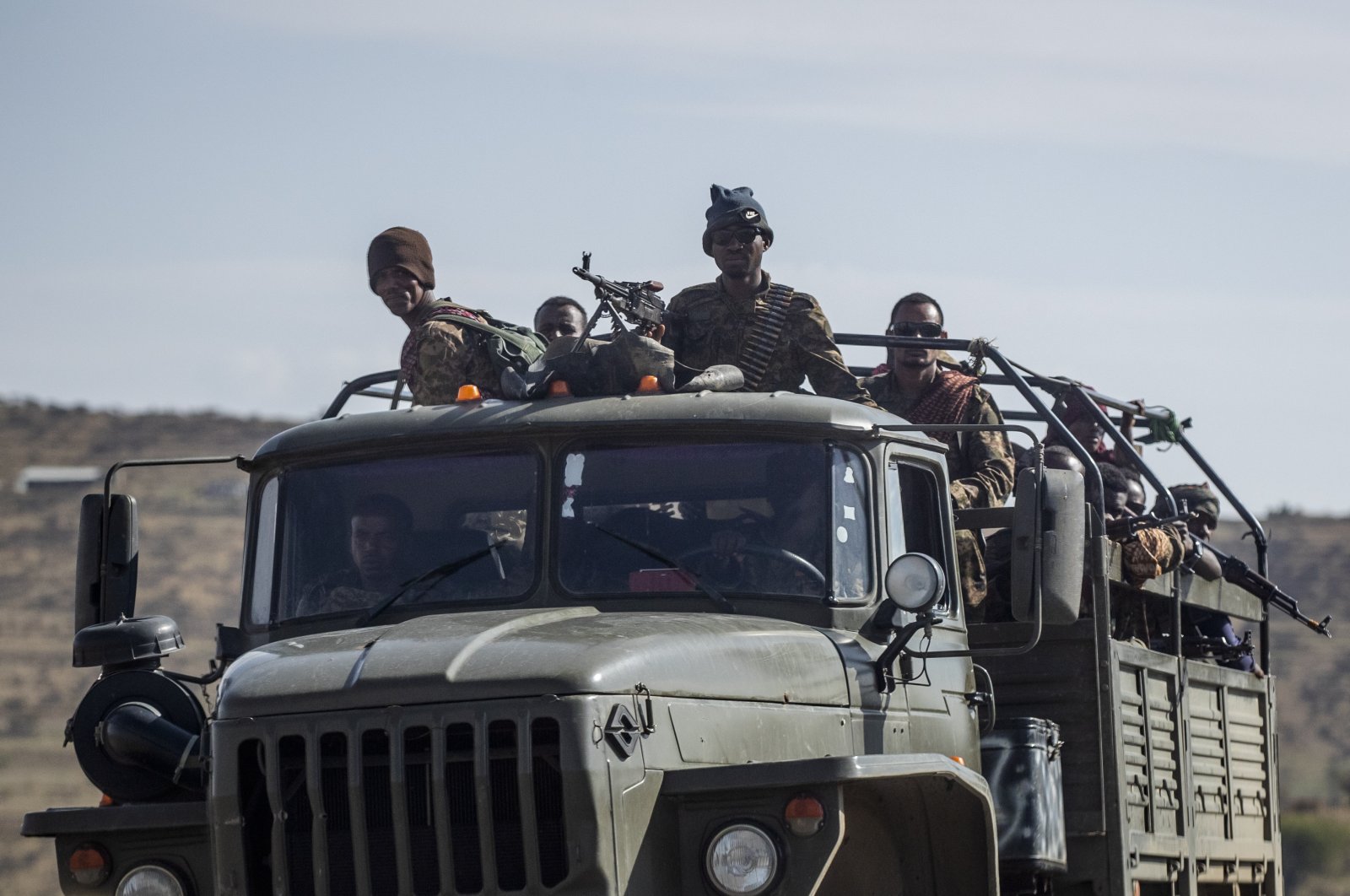 Ethiopian government soldiers ride in the back of a truck on a road near Agula, north of Mekele, in the Tigray region of northern Ethiopia, May 8, 2021. (AP Photo)
by French Press Agency - AFP Aug 13, 2021 2:51 pm
RECOMMENDED

Paris has suspended an agreement on military cooperation between France and Ethiopia, sources said Friday amid the ongoing conflict in the African country's north.

The deal agreed between Prime Minister Abiy Ahmed and President Emmanuel Macron in March 2019 was suspended at the beginning of July, two official sources with knowledge of the issue told Agence France-Presse (AFP), asking not to be named.

Macron and Abiy had made an agreement in which France would loan 85 million euros ($100 million) to support landlocked Ethiopia's ambition to build a navy.

Abiy was awarded the 2019 Nobel Peace Prize for his role in helping to end the decadeslong conflict with neighboring Eritrea.

But international partners have grown increasingly concerned with his leadership as the conflict in the northern Tigray region intensifies.

Northern Ethiopia has been wracked by conflict since November when Abiy sent troops to topple the Tigrayan People's Liberation Front (TPLF), which dominated national politics for nearly three decades before Abiy took office.

He said the move came in response to TPLF attacks on federal army camps. But while Abiy promised a swift victory, more than nine months later the TPLF has made advances into the neighboring Afar and Amhara regions.

Aid workers are struggling to reach cutoff populations with 400,000 facing famine-like conditions in Tigray, according to the United Nations.

On Tuesday, Abiy's office issued a statement calling for "all capable Ethiopians who are of age" to join the armed forces as the conflict escalates.

The TPLF has said it is not seeking to reclaim power at the national level and is instead focused on "degrading" pro-government troops and trying to facilitate aid access to Tigray.