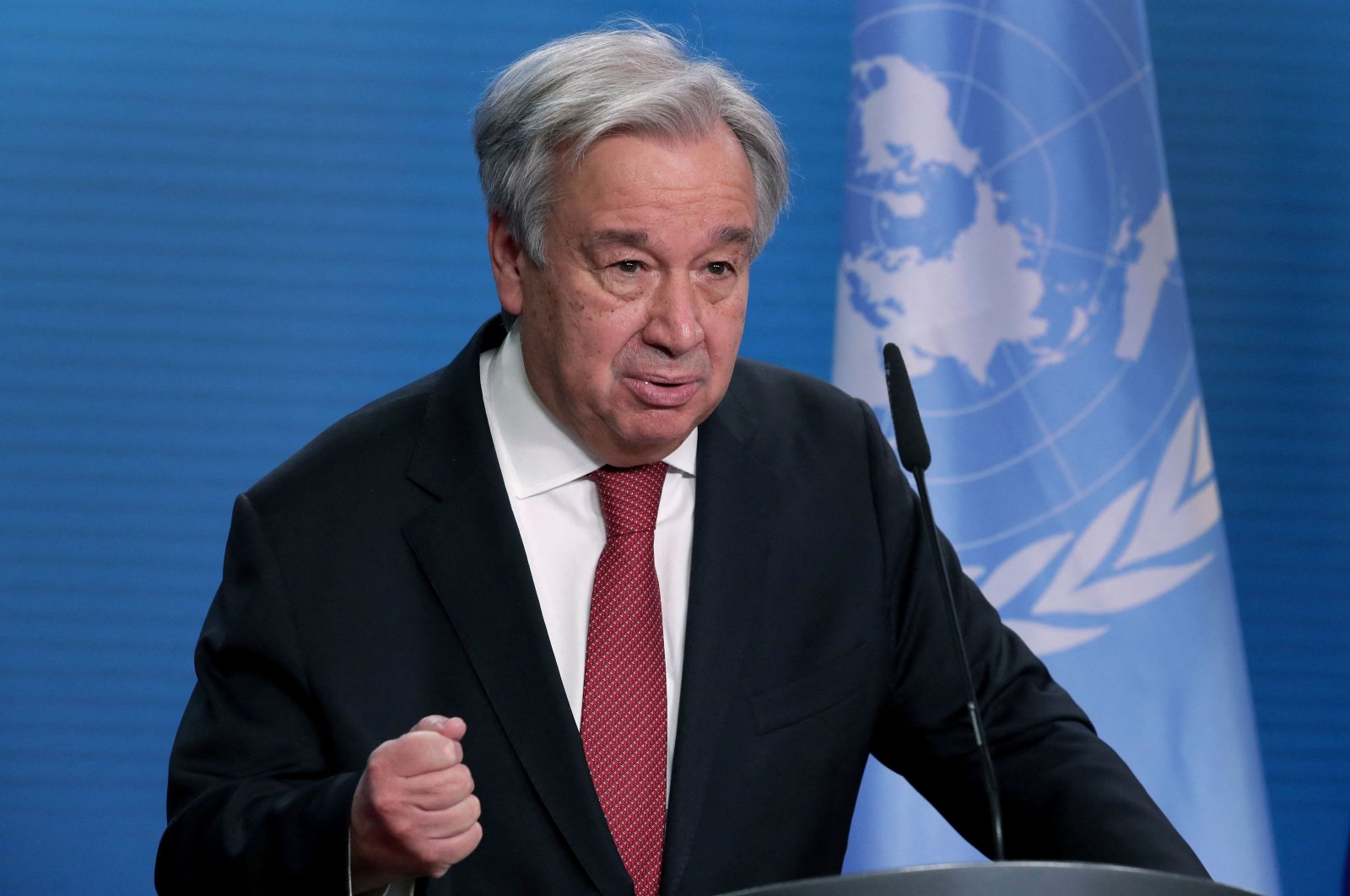 U.N. Secretary-General Antonio Guterres in a report released Wednesday urged the U.N. Security Council to establish a “monitoring component” that would operate in and around Libya’s coastal Sirte province and compliment the Libyan-run mechanisms to monitor the cease-fire.

Guterres, in the report presented to the Security Council, did not say how many U.N. observers would be needed for the U.N. mission, known as the United Nations Support Mission in Libya (UNSMIL).

"I call upon the Security Council to give UNSMIL a clear but flexible mandate, supported by additional resources, to enable the United Nations to fully support the deployment of UNSMIL monitors to Libya who would eventually operate in and around Sirte and other areas if required," Guterres said.

Libya's 5+5 Joint Military Commission announced last week that the road between Sirte and Misrata will be open in two weeks as mercenaries begin to withdraw from the region.

"The role of UNSMIL monitors would be limited to the monitoring of violations of the cease-fire agreement reported by the national monitors and other local sources," the secretary-general said.

He added: "The task would imply the participation of UNSMIL monitors in-ground monitoring missions in the designated area."

He insisted that the Libyan parties must commit to protecting U.N. personnel, equipment and facilities.

Guterres did not say how many U.N. staffers might be made available to the Libyan-directed cease-fire monitoring team. Diplomats told Agence France-Presse (AFP) it could be as few as five.

Foreign mercenaries and arms have poured into the country since putschist Gen. Khalifa Haftar launched his offensive, with Russia and the United Arab Emirates (UAE) serving as the general's top suppliers. According to the U.N., there are currently 20,000 foreign forces and/or mercenaries left in Libya.

Libya has been ravaged by bloodshed since the fall and killing of dictator Moammar Gadhafi in a NATO-backed 2011 revolt.

An array of armed groups arose to fill the vacuum, and many coalesced around a unity government or around eastern-based Haftar.

The two camps, each supported by foreign powers, fought for more than a year before Haftar was forced to retreat.

In October they signed a truce, setting in motion a U.N.-led process that saw a new transitional government installed in February to lead the war-weary country into elections on Dec. 24 this year.

Meanwhile, forces in western Libya on Wednesday released more than 100 prisoners who had been captured while fighting under the banner of Haftar, in a gesture of reconciliation following recent accords, officials said.

The fighters, troops of Haftar, were freed in the coastal town of Zawiya in a televised ceremony attended by senior officials from the newly appointed transitional government.

Mohammad Younes Menfi, head of the presidential council, called the move a “significant step” toward a national reconciliation initiative launched by the council, after bitter years of fighting between rival governments in East and West.

Those released were seen wearing traditional white uniforms and caps at the ceremony in a soccer stadium, before rejoining their families.

Musa al-Koni, deputy head of the presidential council, called for the release of all of Libya's war prisoners.