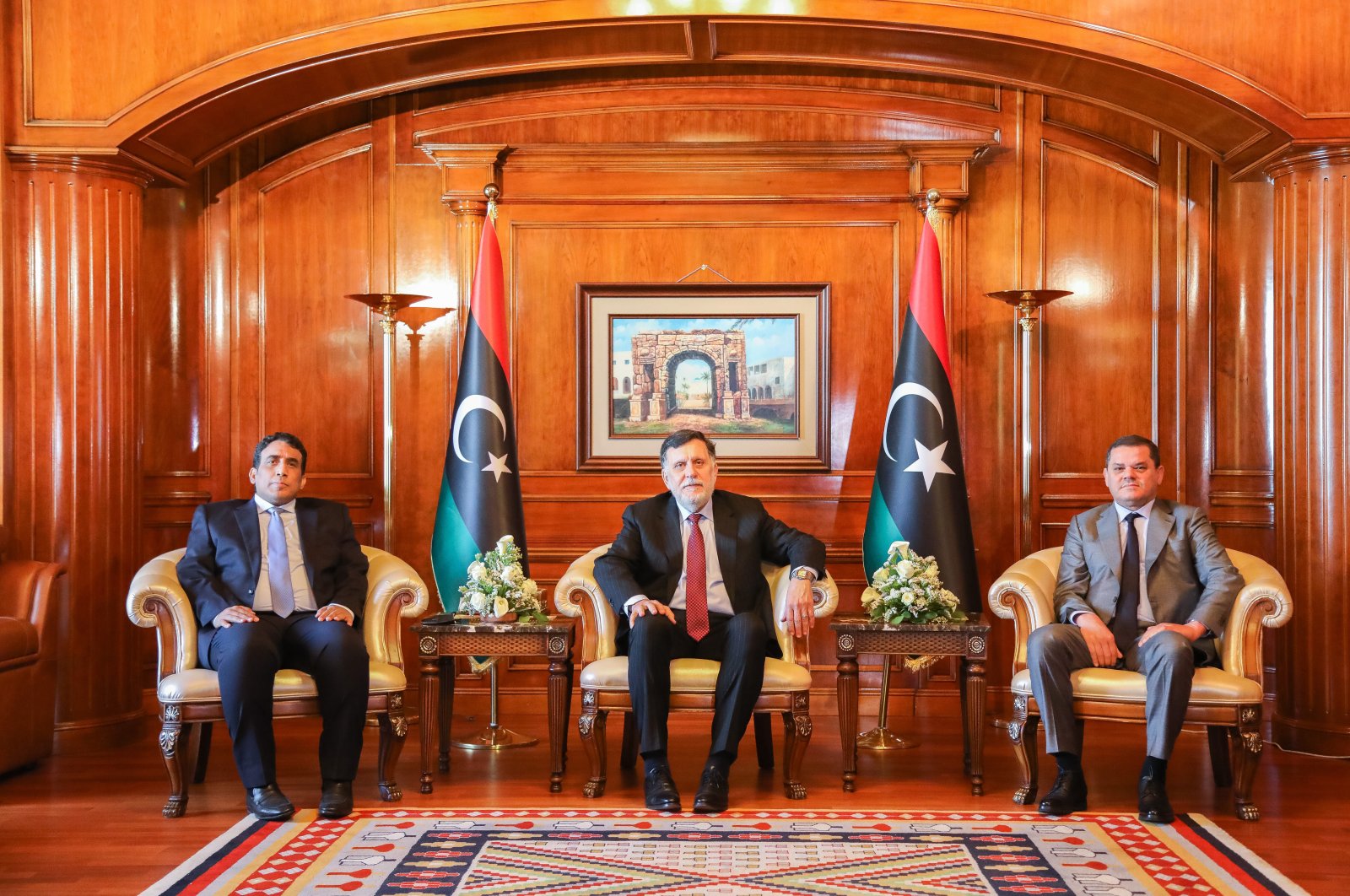 Libya's 5+5 Joint Military Commission announced on Wednesday that the road between Sirte and Misrata will be open in two weeks as mercenaries begin to withdraw from the region.

Speaking to Anadolu Agency (AA) following the 8th meeting of the commission, one of the members Al-Fituri Girbil stated that with the opening of the coastal road, the mercenaries in Sirte and Jufra will be leaving the area. The commission is expected to have another meeting in the upcoming days, specifically about the road opening.

A statement released following the meeting stated that both sides will also trade prisoners and escalate efforts to tackle obstacles that prevent the process.

The 5+5 Joint Military Commission is made up of five senior military officers from the Libyan Government of National Accord (GNA) and five chosen by putschist Gen. Khalifa Haftar.

On Feb. 5, Libya's rival political groups agreed in U.N.-mediated talks to form an interim unity government to lead the country to elections this December, when Abdul Hamid Dbeibeh was designated as the prime minister and tasked with forming a new government. Last week, Libya's parliament granted a vote of confidence to Dbeibeh's new unity government with 132 votes of the 133 lawmakers who attended the session. Following the session, on Tuesday, Dbeibah's government officially has taken over the lead in the country from the GNA head Fayez Sarraj through a ceremony. However, despite these positive political developments, the presence of the foreign mercenaries, as well as the constant supplement of weaponry by the foreign powers remain an obstacle to lasting peace in the country.

The arms embargo imposed on Libya since 2011 is "totally ineffective," said U.N. experts in a stark report released Tuesday which underscores "extensive, blatant" violations by actors including its own member states.

The six experts charged with monitoring the embargo on the civil war-torn state pointed the finger at an array of international backers on both sides of its conflict, plus private mercenaries and non-state actors, including the Russian Wagner group as well as former Blackwater head Erik Prince.

They used photos, diagrams and maps to support their accusations in the more than 550-page report, which covers the period from October 2019 to January 2021.

"The arms embargo remains totally ineffective. For those member states directly supporting the parties to the conflict, the violations are extensive, blatant and with complete disregard for the sanctions measures," they wrote.

"Their control of the entire supply chain complicates detection, disruption or interdiction," the report continued, explaining that both factors "make any implementation of the arms embargo more difficult."

The experts have been denouncing violations of the embargo for years.

They have identified Russian mercenaries from the private Wagner group, as well as up to 13,000 Syrian fighters and Chadian or Sudanese groups, all acting for one side or the other.

Tuesday's report strongly reinforces the earlier accusations and adds more, such as the one aimed at Prince, founder of the now-defunct Blackwater security company and a fierce supporter of former U.S. President Donald Trump.

Prince has denied the accusation he sent or wanted to send a force of foreign mercenaries and weapons to Haftar in 2019.

"Notwithstanding the ceasefire agreement of 25 October 2020, there have been no indications of any withdrawal from Libya by ChVK Wagner," they wrote.

Another private Russian company, Rossiskie System Bezopasnosti Group, is cited for its role in refurbishing fighter jets; while the Turkish military contractor SADAT, which has denied any illegal activity in Libya, is also on the list of those incriminated.

The experts reached an identical conclusion when it came to economic sanctions leveled at individuals or entities, citing a "persistent lack of transparency."

"Implementation of the assets freeze and travel ban measures with regard to designated individuals remains ineffective," they wrote.

They also say that officials in Libya's east "have continued their efforts to illicitly export crude oil and to import aviation fuel."

Refined petroleum products continue to be illicitly exported by land, the report said, adding that while the activity is small it has increase compared to previous years, particularly in western Libya.

The U.N. experts recommended that the Security Council impose "flag deregistration; a landing ban; and an overflight ban" on aircraft identified as having violated the embargo.

They also asked it to "authorize member States to inspect, on the high seas off the coast of Libya, vessels... that they have reasonable grounds to believe are illicitly exporting or attempting to export crude oil or refined petroleum products."

The report also said at least three participants in U.N.-led peace talks held in Tunisia in November were offered bribes to vote for a prime ministerial candidate.

"The forum participants involved in the incident were categorical in their rejection of the bribes," the report stated.

A confidential annex seen by Agence France-Presse (AFP) states that two forum members "offered bribes of between $150,000 to $200,000 to at least three LPDF participants if they committed to vote for Dbeibah as PM."