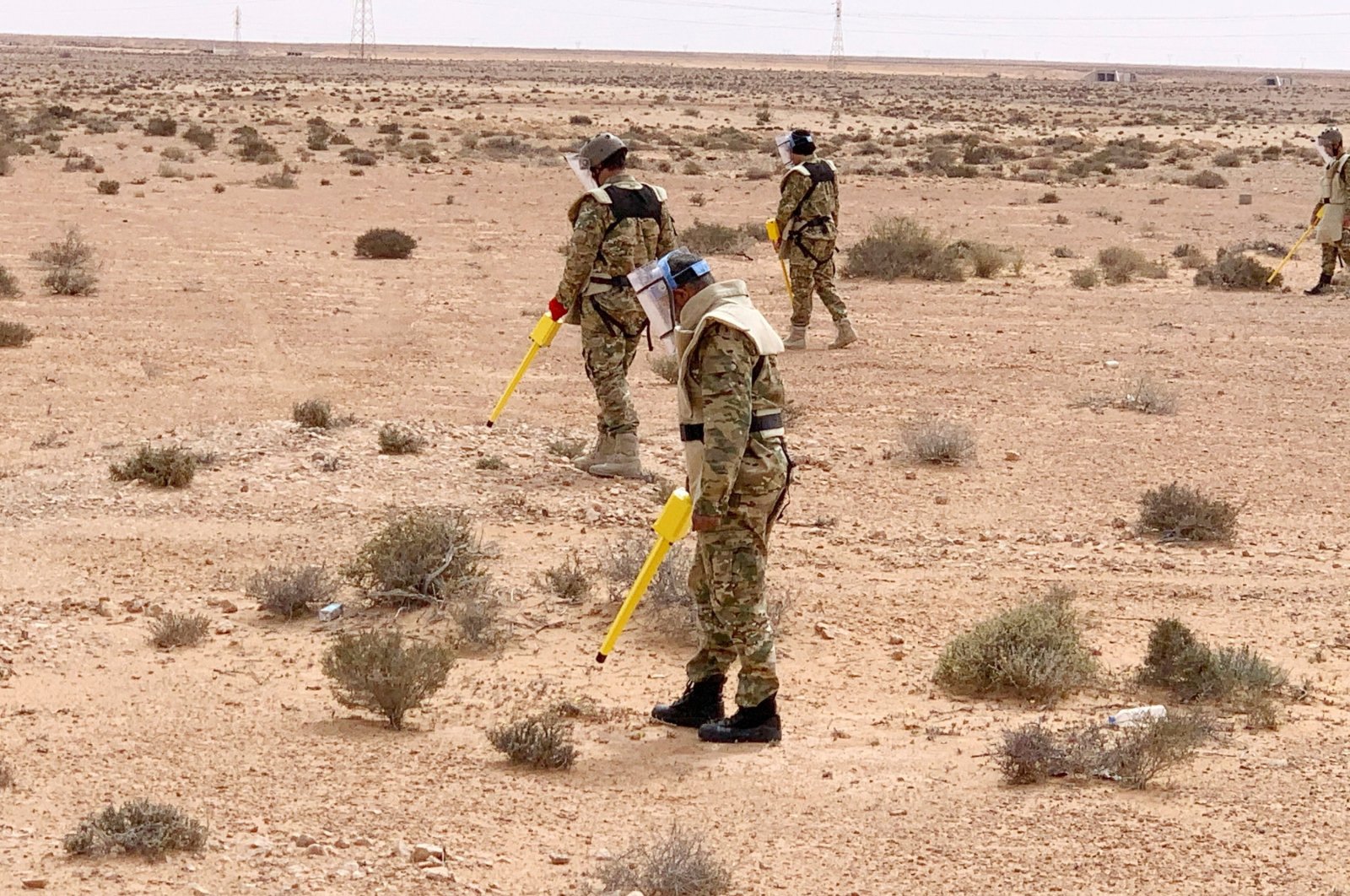 The explosives left behind by forces loyal to putschist Gen. Khalifa Haftar and foreign fighters after the attack on Tripoli continue to pose a lethal risk for civilians living in the region.

The death of Sadeeq Ferjani from a booby trap left by fighters in his home in southern Tripoli is a reminder of the deadly stakes at play in Libya as international powers meet in Berlin to discuss the crisis.

Sadeeq, then 39 and planning to marry, went with three neighbors to check on damage after a bout of fighting last summer. He was taking photographs with his phone when he stumbled over a wire.

"Suddenly a huge blast was heard," said his brother, Ismail, 37. "I'm told that Sadeeq was killed instantly from his serious injuries."

A 14-month assault by Haftar's eastern-based Libyan National Army (LNA) on Tripoli capped a decade of chaos and violence since the overthrow of Moammar Gadhafi.

Though the main factions stopped fighting soon after the LNA withdrew in June and a new unity government was installed that represents the best hope of peace for years, the danger of renewed conflict persists.

Nowhere is that danger more apparent than in southern Tripoli, where Haftar's forces, including many foreign mercenaries, left a lethal legacy of concealed explosives that have killed scores of people trying to return home.

Land mines have been hidden in homes and streets, concealed in apparently innocent items like toys and household appliances intended to lure in the unwary. Haftar representatives could not be reached for comment but they have previously denied placing explosives in civilian areas. The Ferjanis live in Wadi al-Rebea, the site of clashes that have left a landscape of torched cars, shelled houses and destroyed shops. Along their street, "Beware of mines" is written on walls and fences in red paint.

However, after living as displaced people elsewhere in the capital, the Ferjanis needed to move home.

Unable to afford the rent in Tripoli, Ismail and his family still had little choice but to move back to an annex they built on his own house next to that of Sadeeq – surrounded by farms and houses where each step could trigger a blast.

Sadeeq unluckily took that fatal step, adding his name to the list of civilian casualties.

In Ain Zara district, Abdul Rahman al-Arifi, 25, drove back to the family home last summer with his mother, Fawzia, to assess the damage.

Arifi, along with his parents and five siblings, had left Ain Zara, abandoning their belongings, when a missile hit the building next to theirs.

Turning down a dirt road to buy a bottle of water, the car drove over a mine. Arifi came to half an hour later, his eyes swollen and body numb.

He staggered out of the car and found his mother lying in the road, her face smashed, a leg severed and her stomach ripped open. "She cried a little and then passed away," he said.

A passerby helped him get to the hospital, where he was admitted to intensive care and treated over several weeks for shrapnel injuries to his eye, his jaw, his neck, his leg, his hands and his stomach.

When Arifi sits with his father and siblings, they keep saying, over and over: "We lost our mother."

The Berlin conference will discuss political progress in Libya, national elections scheduled for December and the withdrawal of foreign fighters.

But the peace process faces many challenges that could lead to it unraveling and to renewed warfare. Meanwhile, a myriad of armed groups still hold power on the ground.