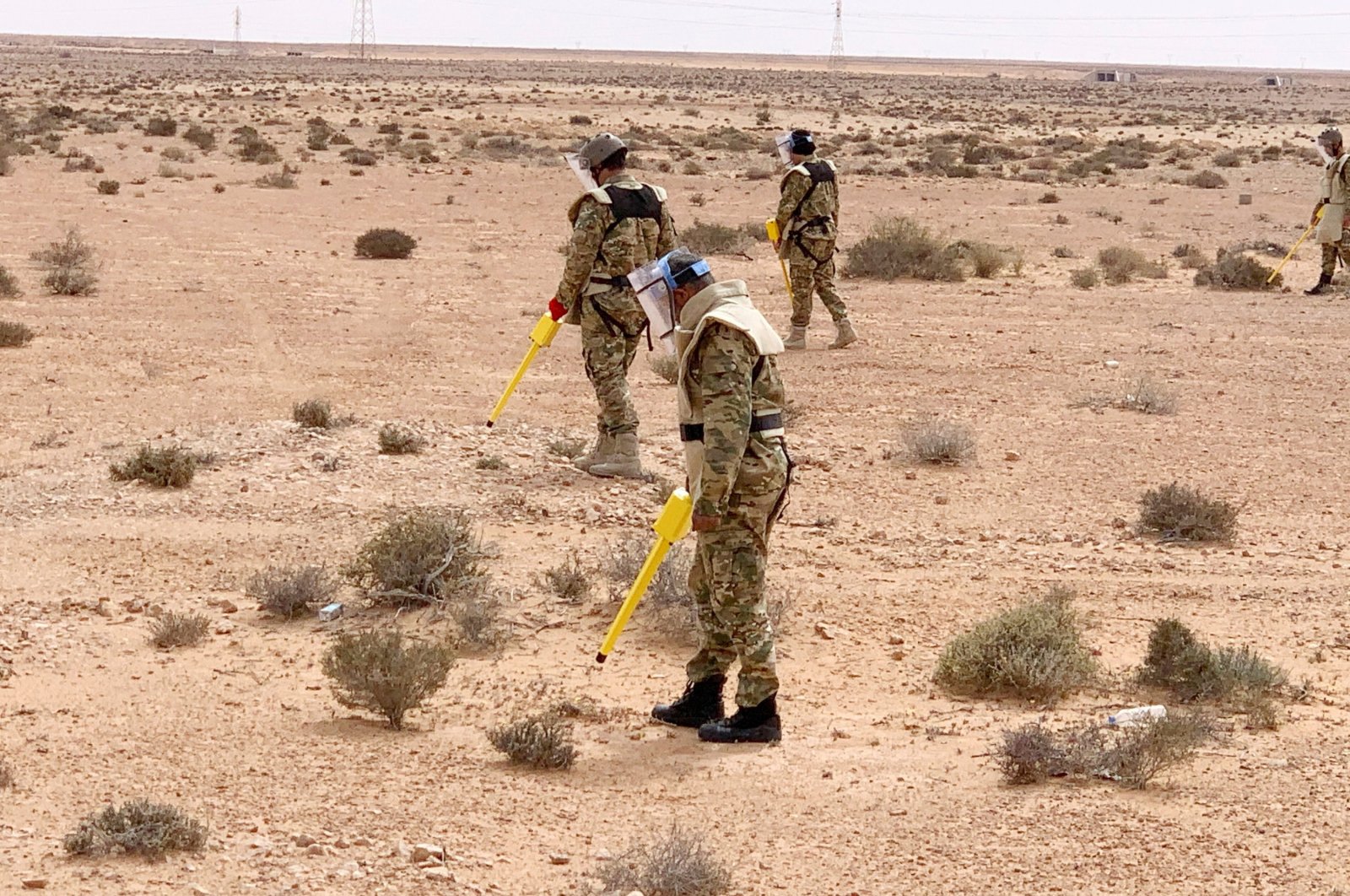 Russian mercenaries have booby-trapped everything in Libya, from streets and houses to even dolls following the attack on the capital, Tripoli, launched by putschist Gen. Khalifa Haftar, British daily The Independent reported Monday.

According to the newspaper, perhaps the oddest booby-trap involved empty soft-drink cans, which young Libyans like to crush for fun.

"They studied us, even how our kids played," Rabie al-Jawashi, the head of the Free Fields Foundation, a Libyan demining agency, told The Independent. "They know how we think."

According to the newspaper, hundreds, or perhaps thousands of Libyan families are unable to return to their homes because of the Russian explosives.

"It's a sad thing to see the world's trash dumped in Libya," Mohammed Zlateni, a team leader of the demining experts, said.

"Those who are responsible are those who backed the sides (in Libya's civil war). If there was no outside support, this would not have happened. We Libyans are now paying the price," he said.

Last summer, Free Fields teams were among the first demining experts to enter areas that were under the control of Wagner mercenaries. There the deminers found bodybuilding equipment, imported bottles of water and cans of fortified milk formula inside the houses.

Experts also found graffiti scrawled on walls in Russian and Serbian, with instructions on how to open doors and go to the bathroom without triggering the explosives.

"One toilet was designed with a sensor to ignite 9lb of TNT when a person sat on the seat," the deminers said. They also said they found a teddy bear attached to six wires that would explode when someone walked towards it from any direction.

According to the daily, the deminers also found a range of innovative mines, including a Russian "scattering mine" that deploys itself and self-destructs in 100 hours, an anti-personnel mine with laser beam tripwires and sinister combinations of mines, such as an arrangement in which one mine is a decoy and another explodes.

Russia has been one of the biggest supporters of the warlord along with France, Egypt and the United Arab Emirates (UAE), who also backed Haftar’s offensive on Tripoli in 2019.

The deadline for the departure of foreign mercenaries from Libya under the October cease-fire passed in January, and calls to accelerate the process continue as no movement has been announced or observed on the ground.