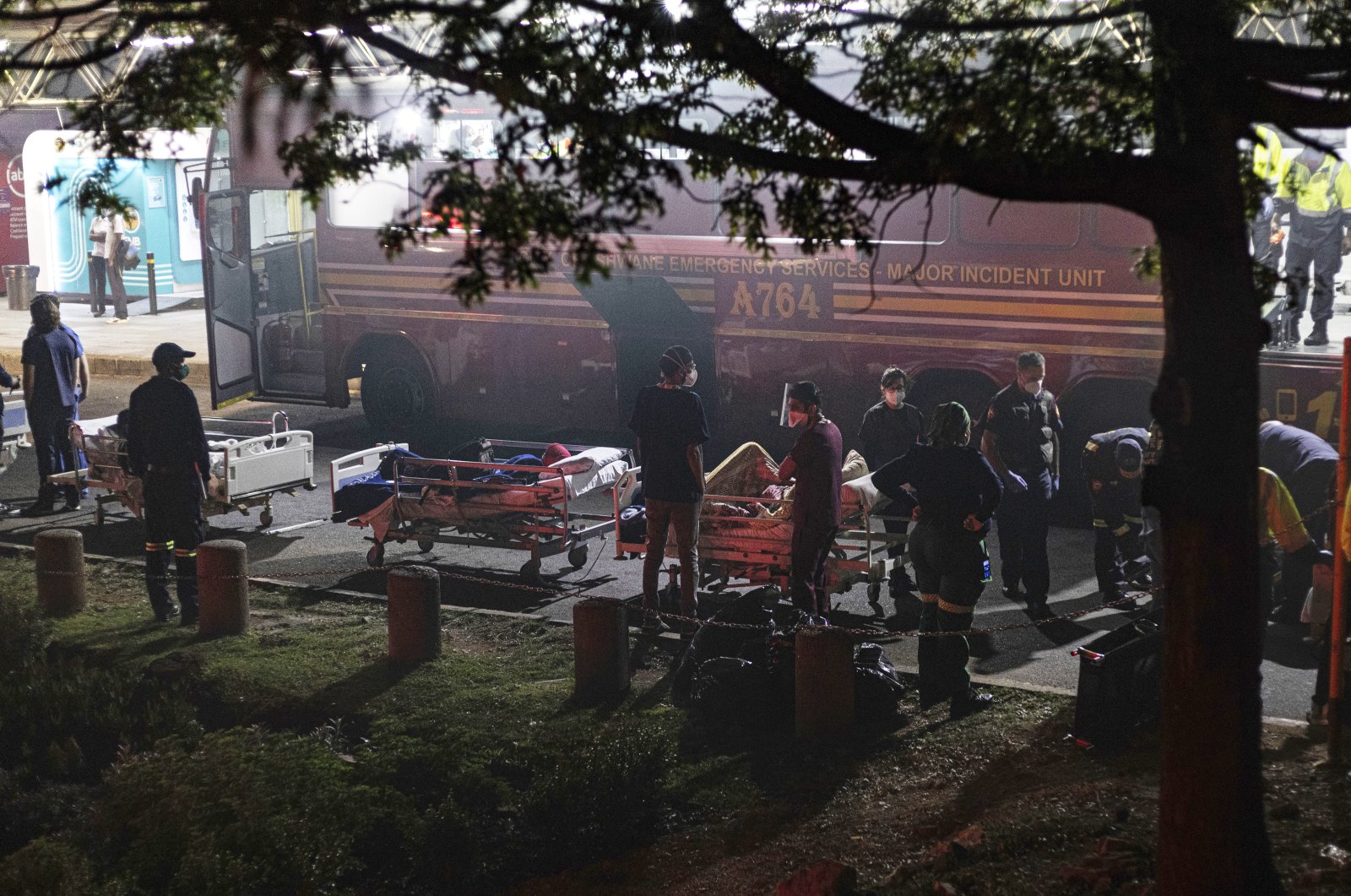 A fire broke out Friday in the Charlotte Maxeke Hospital in South Africa's largest city Johannesburg, prompting the evacuation of hundreds of patients.

No injuries or casualties have been reported and patients are being moved to other public hospitals in the metropolitan area, Johannesburg officials said.

Early Saturday morning the fire caused the third floor of the hospital’s parking garage to collapse.

The fire has caused extensive damage to the hospital, which has more than 1,000 beds and serves Johannesburg, a city of 6 million people, and the surrounding Gauteng province. It is one of the biggest public hospitals in South Africa. It is also a designated treatment center for COVID-19 patients in Gauteng.

The fire started in a storeroom for dry surgical supplies, according to officials.

"Our firefighters have been receiving help from others in neighboring municipalities. It has been a tedious process trying to move patients. At first, we moved them towards that were far away from the fire but we started to evacuate them," Gauteng health spokesperson Kwara Kekana told The Associated Press (AP).

"That is still a process that is ongoing, we are now referring all patients to other hospitals,” said Kekana.