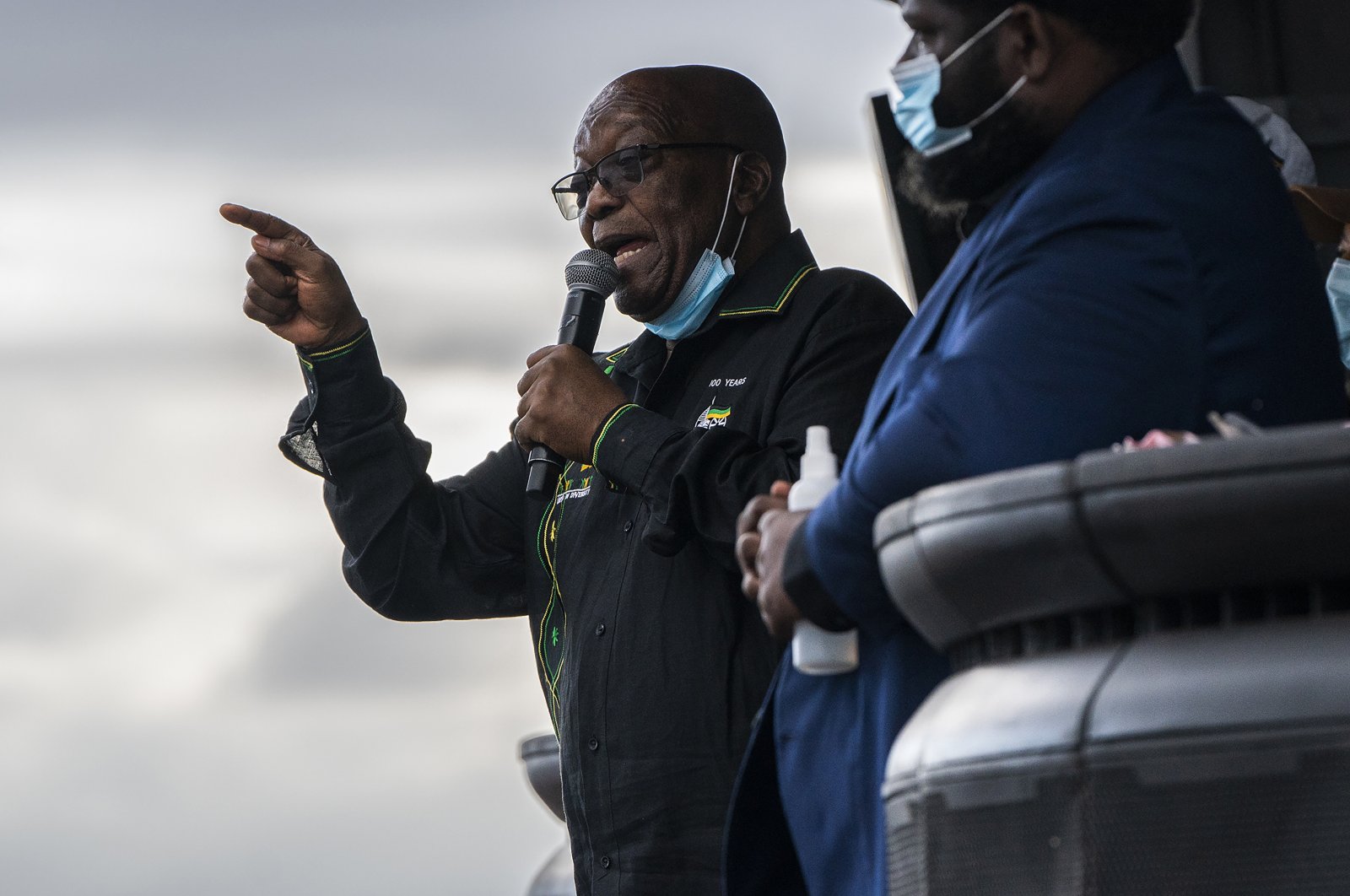 South Africa's imprisoned former President Jacob Zuma has been admitted to hospital for observation near the Estcourt Correctional Center where he is currently serving a 15-month sentence, the government announced Friday.

Zuma is in prison for defying a Constitutional Court order to testify at a state-backed inquiry probing allegations of corruption during his presidential term from 2009 to 2018.

A routine checkup indicated that Zuma should be admitted to a hospital, according to the correctional services department's statement. Zuma’s jailing last month sparked violent riots in KwaZulu-Natal and Gauteng provinces, which quickly descended into widespread looting of shopping centers and the torching of trucks in KwaZulu-Natal. More than 330 people died in the rioting and more than 20 billion South African rands ($1.36 billion) in property were destroyed.

Zuma has filed an application for his prison sentence to be rescinded by the Constitutional Court and is expected to appear in the Pietermaritzburg High Court next week in a separate trial for corruption.

The news of Zuma’s hospitalization follows the Cabinet reshuffle in which President Cyril Ramaphosa fired some of his ministers over the recent riots and corruption allegations.

Ramaphosa has been widely criticized for his government's slow response to the rioting which allowed the looting to spread over several days.

"Our security services were found wanting in several respects,” said Ramaphosa of the response to the rioting when announcing the Cabinet reshuffle.

Ramaphosa fired Defense Minister Nosiviwe Mapisa-Nqakula, who publicly contradicted the president’s assertion that the riots were part of a planned insurrection. He took more direct control of the country’s security and intelligence ministries and said he will establish a panel to review the government's "preparedness and shortcomings” in response to the riots. Ramaphosa also sacked Health Minister Zweli Mkhize who has been implicated in a corruption scandal in which his family benefited from an inflated contract by the health ministry.

Political analyst Ralph Mathekga said it is clear that Ramaphosa had to balance political considerations in his Cabinet reshuffle, especially after the departure of Mkhize, who is a high-ranking ANC official from the influential KwaZulu-Natal province. Ramaphosa took no action against Police Minister Bheki Cele, despite the ineffective response by police to the rioting, likely because Cele is also from KwaZulu-Natal.

According to Mathekga, former finance minister Mboweni’s decision to leave Cabinet is an indication that he no longer has confidence that Ramaphosa is serious about making economic changes needed to address the country’s economic challenges.