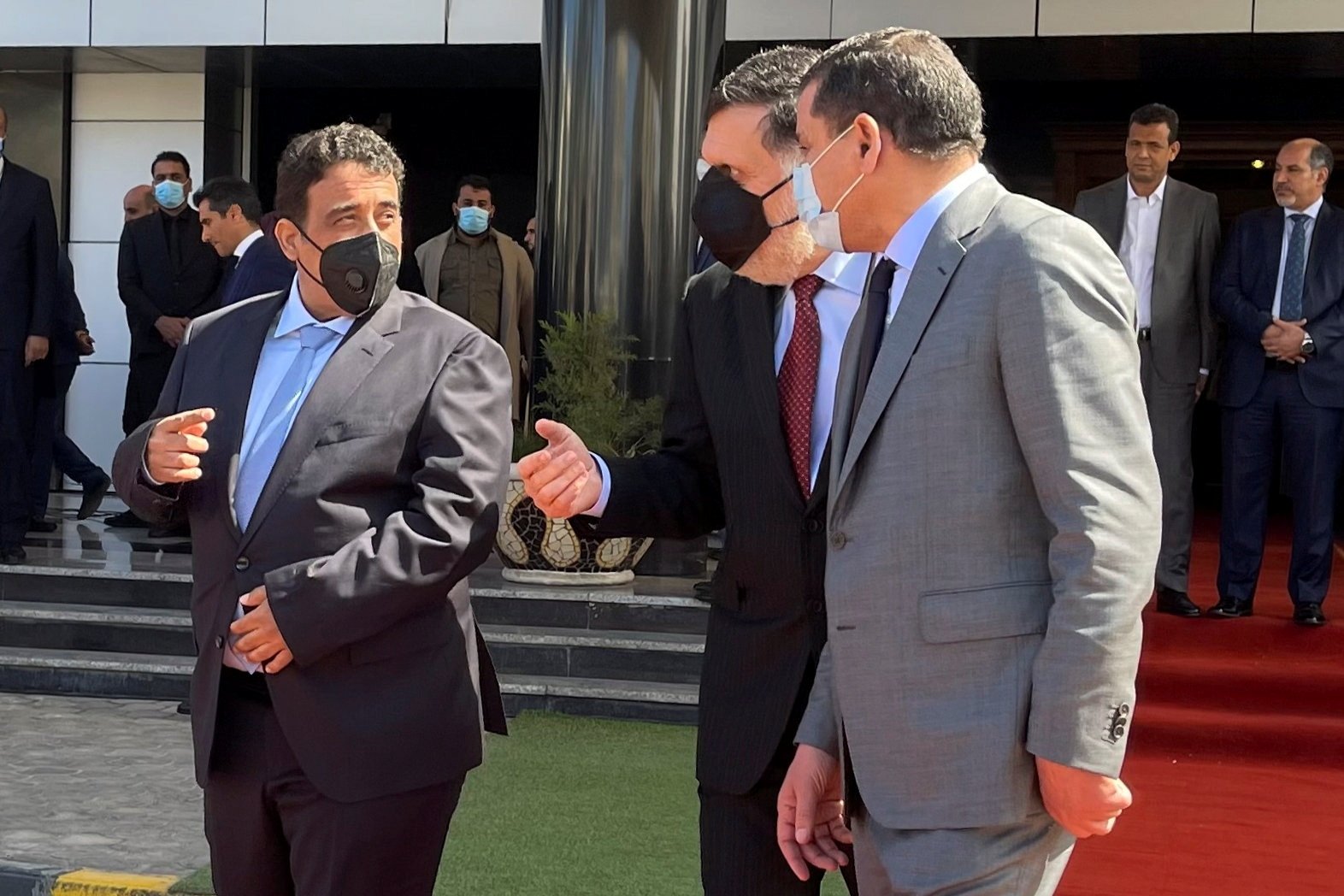 The conduct of free, fair and credible Libyan national elections requires a conducive political and security environment where all stakeholders commit in advance to respect and abide by the results and voters are allowed to safely exercise their democratic rights without intimidation or interference, the political working group of the international follow-up committee on Libya stated Thursday.

The group, co-chaired by Algeria, Germany, the Arab League and the United Nations mission in Libya, held a meeting on Thursday to review the progress attained thus far in advancing a comprehensive political settlement of the situation in Libya.

The co-chairs welcomed the vote by the House of Representatives to grant its confidence to the recently elected Government of National Unity (GNU) and the swearing-in of the GNU before the House in eastern Tobruk and of the Presidency Council before the Constitutional Court in the capital Tripoli.

The group further welcomed the peaceful transition of authority from the outgoing government to the new executive authority under the leadership of President Mohammed Menfi and Prime Minister Abdul Hamid Dbeibah.

Last week, the Libyan parliament granted a vote of confidence to Dbeibah's government with 132 votes of the 133 lawmakers who attended the session.

Libyans hope the election of a new transitional government to lead the country toward elections in December will end years of civil war that have engulfed the country since the ousting and killing of late dictator Moammar Gadhafi in 2011.

The chairs of the working group also commended the explicit commitment and resolve of Libya’s new leadership and institutions to fully restore Libya’s sovereignty and preserve its independence and territorial integrity.

They also stressed once again the need for the “full, immediate and unconditional withdrawal” of all foreign forces and removal of all foreign mercenaries from the North African country and the acceleration of efforts aimed at comprehensively addressing the threat posed by armed groups and militias, “in order to safeguard the integrity of the electoral process.”

Foreign mercenaries and arms have poured into the country since putschist Gen. Khalifa Haftar launched his offensive, with Russia and the United Arab Emirates (UAE) serving as the putschist general's top suppliers. According to the U.N., there are currently 20,000 foreign forces and/or mercenaries in Libya.

Meanwhile, the bodies of 11 people bearing gunshot wounds were discovered on Thursday in eastern Libya's Benghazi, said a security source, suggesting they had been "executed."

"Security forces were alerted on Thursday of the presence of 11 unidentified bodies at the southern entrance to Benghazi in the Haouari area, near a cement factory," a security source told Agence France-Presse (AFP) on condition of anonymity.

Examinations revealed "bullet holes" in the bodies, supporting the theory that they were "executed," the source added.

The east of the North African country remains controlled by forces loyal to Haftar and the situation remains precarious, with frequent tit-for-tat violence and executions.

A year earlier, the bodies of 10 young Libyans were found in a garbage dump in Benghazi.

Some of the tribes supporting Haftar and living in Benghazi have recently raised their voices about the security violations militias conduct in several media reports. The tribes of Benghazi’s Berka region that view Haftar’s militias as the main reason for the province’s deteriorating security condition, want the militias to withdraw and announce the fate of those abducted.

On the other hand, one child was killed by a military ammunition explosion in Tripoli, a medical official told Anadolu Agency (AA) on Thursday. Three others were injured in the blast in the Ain Zara region in southern Tripoli, according to Osama Ali, spokesperson for the Libyan Health Ministry's first aid and emergency service.

The army said in a statement on May 22 that Haftar's militia was planting mines in residential areas in the Salahaddin, al-Mashru and Ain Zara regions while withdrawing from the south of Tripoli.

Operating in line with a request by authorities, Turkish bomb squads have been clearing civilian areas of explosive materials.