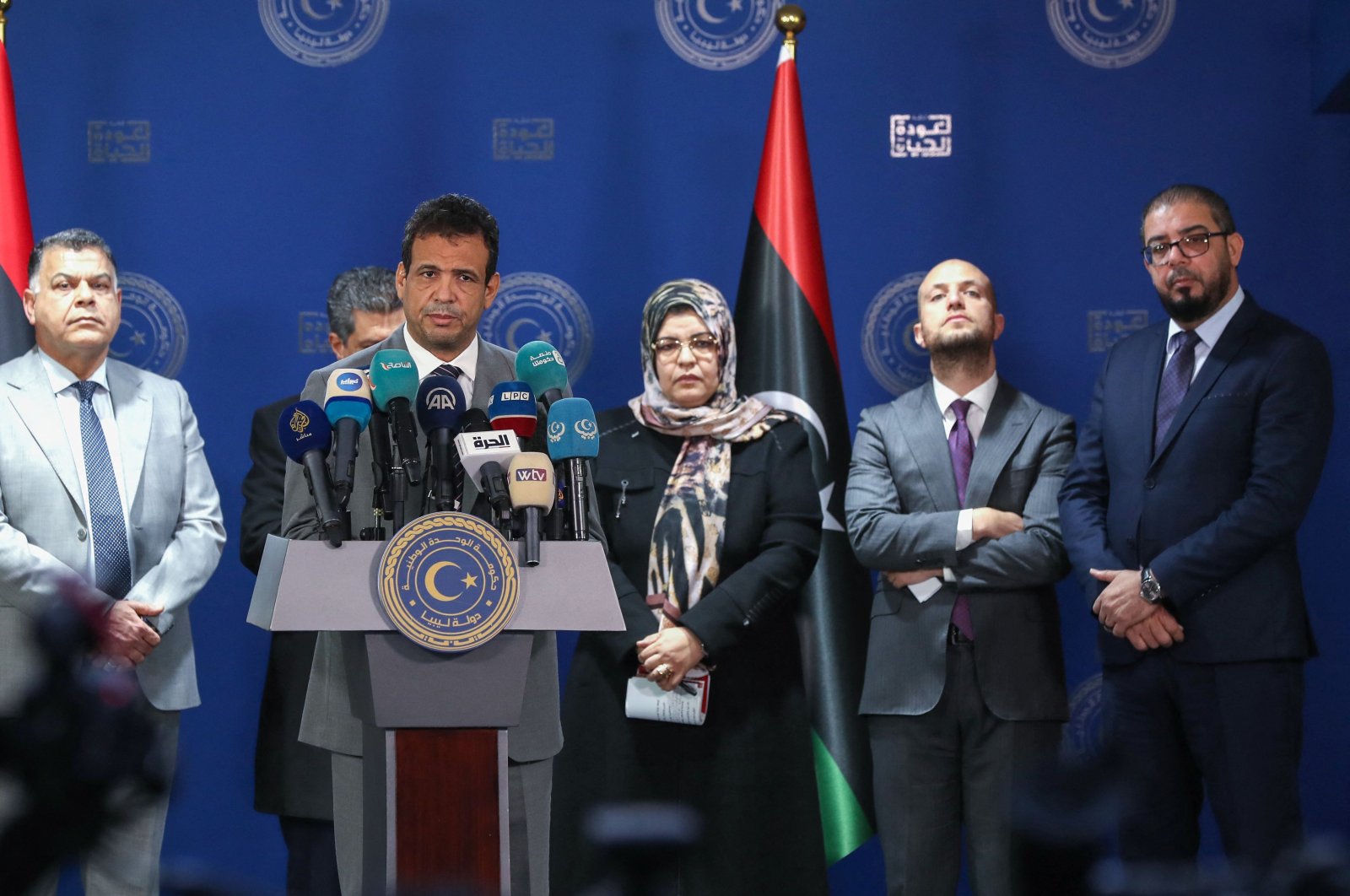 Libya is ready to hold the presidential election as scheduled on Dec. 24, the government said Sunday.

"We are ready for the elections," said Ramadan Abu Jnah, interim head of government since Prime Minister Abdul Hamid Dbeibah announced he would run for the presidency.

"The government has spared no effort to support the electoral commission (HNEC). We have the chance to make December 24 a historic day," Abu Jnah said.

The Dec. 24 polls are intended to help the oil-rich North African country move past a decade of violence.

But the process has been undermined by bitter divisions over the legal basis for the elections, their dates, and who should be allowed to run, with a string of controversial figures stepping forward.

"Nobody should deprive Libyans of this historic deadline and we will not let anybody do so," Abu Jnah told a press conference in the capital Tripoli, surrounded by several ministers.

He said the transitional executive was "ready to hand over power to an elected government."

Interior Minister Khaled Mazen called for the presidential vote to be held on time, and said his ministry had "carried out its work to protect and secure voting centers" despite "obstacles."

Rules governing the ballot – which would be the first time a Libyan head of state is chosen by universal suffrage – dictate that the commission should publish the list of candidates two weeks after final court rulings and appeals related to candidacies.

On Dec. 2 a Libyan court reinstated Seif al-Islam Gadhafi, a son of slain dictator Moammar Gadhafi, as a candidate.

A day earlier, an appeals court in Tripoli rejected petitions against the candidacy of interim Prime Minister Abdul Hamid Dbeibah, who was tasked with heading the Tripoli-based unity government established in March and charged with leading the country to presidential and legislative elections.

The coordinator of the U.N. mission in Libya, Raisedon Zenenga, met with Emad al-Sayeh, the elections commission chief, on Saturday to discuss the "current state and trajectory of the electoral process," the U.N. mission said.

He commended the commission for the progress it had made on technical preparations but "stressed the importance of addressing emerging political and technical challenges that could disrupt progress."

A year of relative peace in Libya followed an October 2020 cease-fire between the U.N.-recognized Government of National Accord (GNA) and forces loyal to the putschist Gen. Khalifa Haftar, but analysts have warned that violence could easily flare again over the elections.

An electoral law signed this September by the speaker of the eastern-based parliament, Aguila Saleh, sparked anger in the country's west, where many accuse him of bypassing protocol and pushing through legislation favoring a run by his ally, Haftar.

The following month, the eastern-based House of Representatives said a legislative vote also planned for Dec. 24 had been delayed to January.