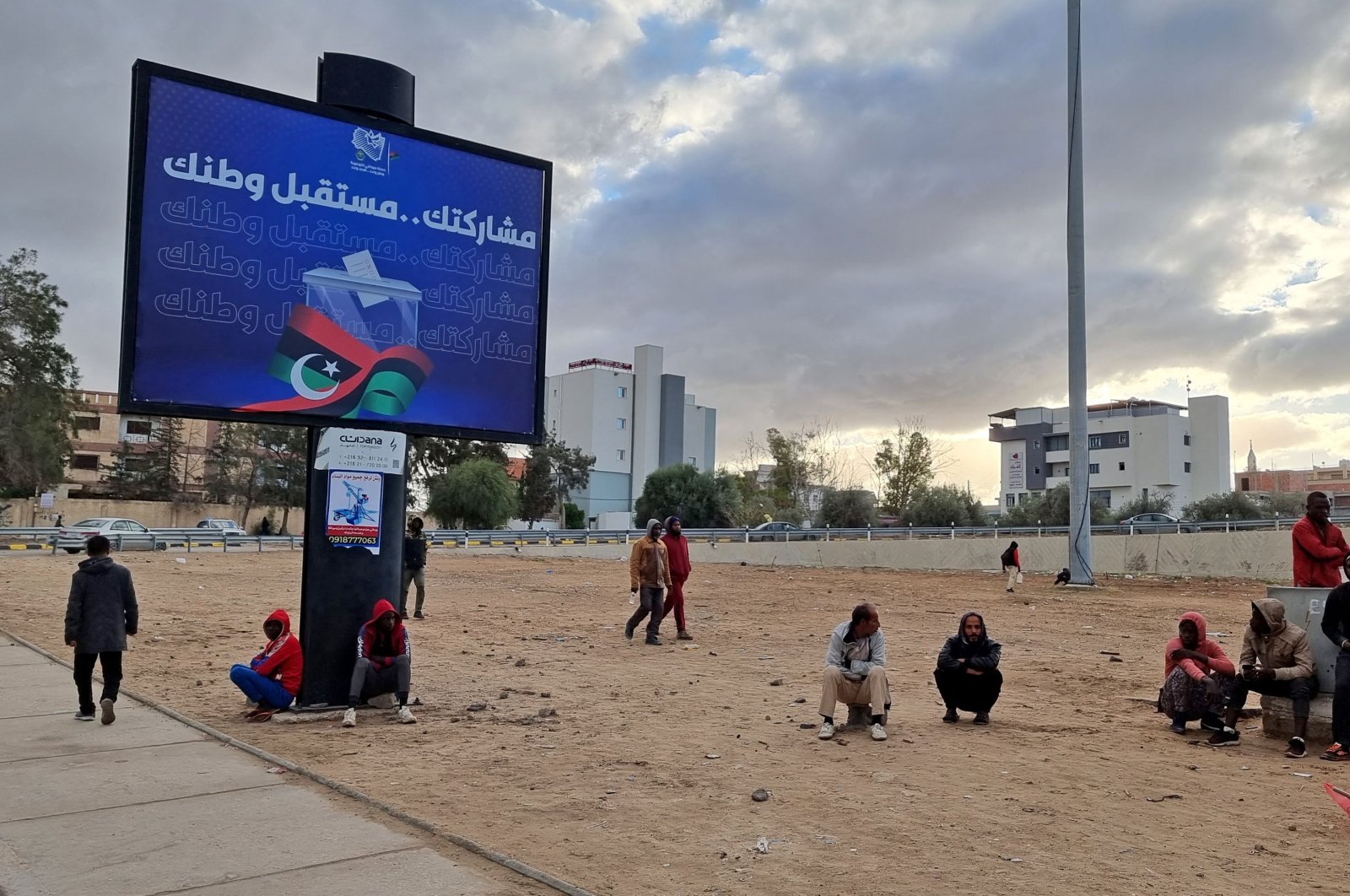 Workers sit near an electoral billboard reading in Arabic "your participation is the future of your country" in Libya's capital Tripoli on Dec. 14, 2021. (AFP Photo)
by DAILY SABAH Dec 15, 2021 11:14 am

Libya’s Presidential Council head Mohammad Younes Menfi said the country is determined to simultaneously hold presidential and parliamentary elections on the same date, according to a statement made by the council on Tuesday, amid ongoing problems as voting day nears.

Menfi highlighted the importance of keeping in touch with judicial authorities, as he stated that Libya does not have any other option but to hold elections on the same day.

Libya’s parliamentary and presidential elections are expected to be held on Dec. 24, a date set by the U.N.-led political dialogue forum in November 2020.

Libya’s eastern-based House of Representatives and the High Council of State have not reached an agreement on the legal framework of the elections.

The interim head of the government recently said the country is ready to hold the presidential election as scheduled on Dec. 24.

The Dec. 24 polls are intended to help the oil-rich North African country move past a decade of violence.

But the process has been undermined by bitter divisions over the legal basis for the elections, their dates, and who should be allowed to run, with a string of controversial figures stepping forward.