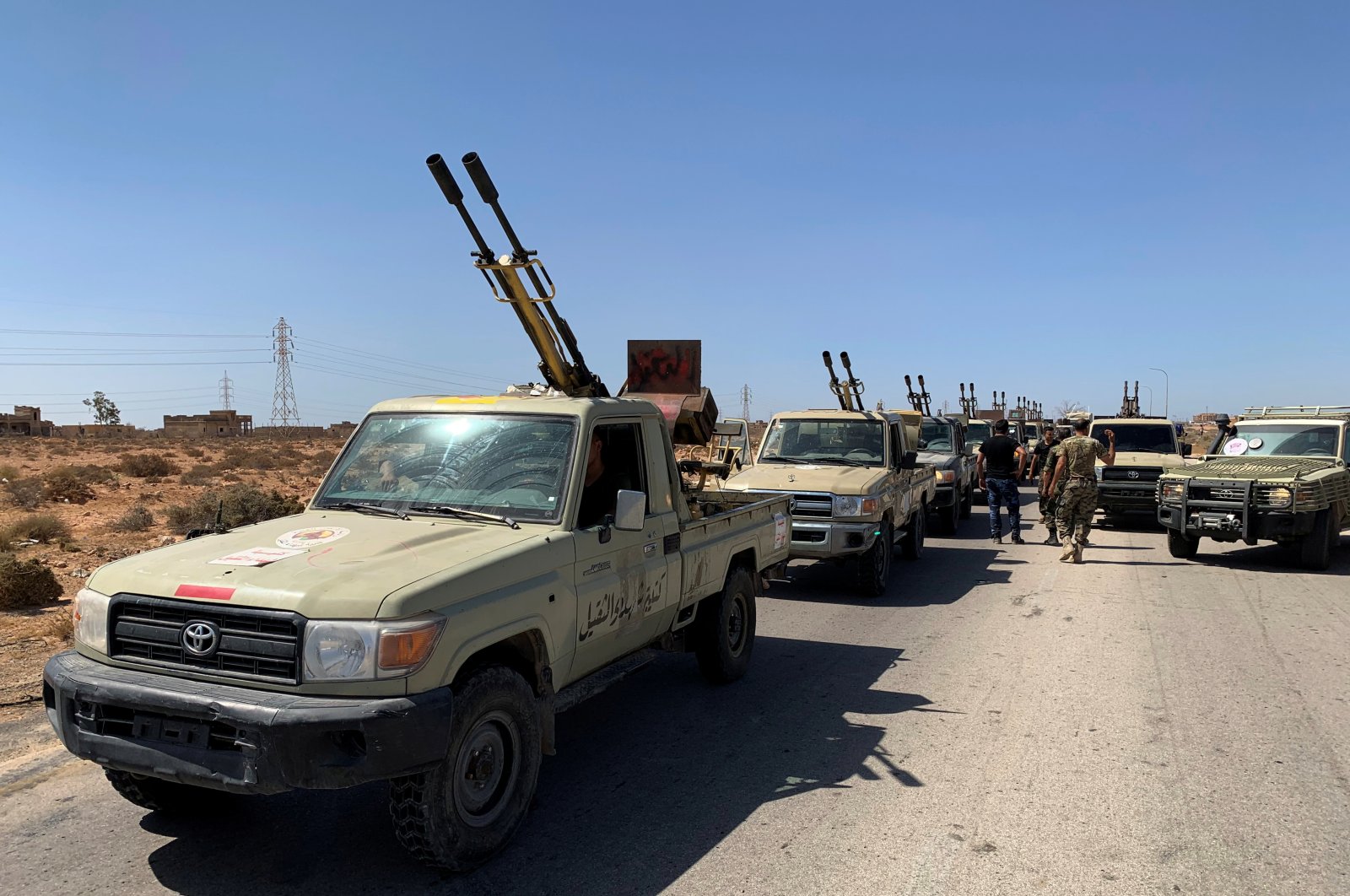 Troops loyal to Libya's internationally recognized government are seen in military vehicles as they prepare before heading to Sirte, on the outskirts of Misrata, Libya, July 18, 2020. (Reuters File Photo)
by Anadolu Agency Jul 29, 2021 10:21 am
RECOMMENDED

The Libyan army said the militia loyal to putschist Gen. Khalifa Haftar has a deadline until Saturday to reopen the strategic coastal highway linking the country's east and west.

"We sent a letter to the 5+5 Libyan Joint Military Commission giving them until Saturday (to inform Haftar's militia) to open the coastal road," Abdel-Hadi Darah, a spokesperson for the Sirte-Jufra Operations Room, told Anadolu Agency (AA).

The coastal Misrata-Sirte Road is an important trade route that has been closed since Haftar's militia launched a failed offensive to capture the capital Tripoli in 2019.

On June 6, the Libyan army announced the reopening of their side of the coastal road despite Haftar's failure to reciprocate the move.

At the time, Darah told AA that an agreement to reopen the Misrata-Sirte Road was reached to "alleviate the suffering of the citizens, and give the second party (Haftar) a deadline to withdraw the Russian Wagner mercenaries."

However, Darah threatened to close the road again "in the event that the road is not opened from the other side."

He held the 5+5 Libyan Joint Military Commission responsible for everything that is happening and called on it "to provide the names of those impeding the opening of the road and relieve Libyans from suffering."

The spokesperson said the military commission has not succeeded so far in removing the mercenaries from the country.

On Oct. 23, the U.N. announced a permanent cease-fire agreement between Libya's warring rivals during its facilitated 5+5 Libyan Joint Military Commission talks in Geneva.

The agreement also called for the withdrawal of all mercenaries from Libya within three months of its signing. The deadline expired on Jan. 23.

Libya has witnessed positive developments in the last few months following a breakthrough after rival parties agreed on Feb. 5 on a unified new executive authority that will govern Libya in the lead-up to national elections on Dec. 24.