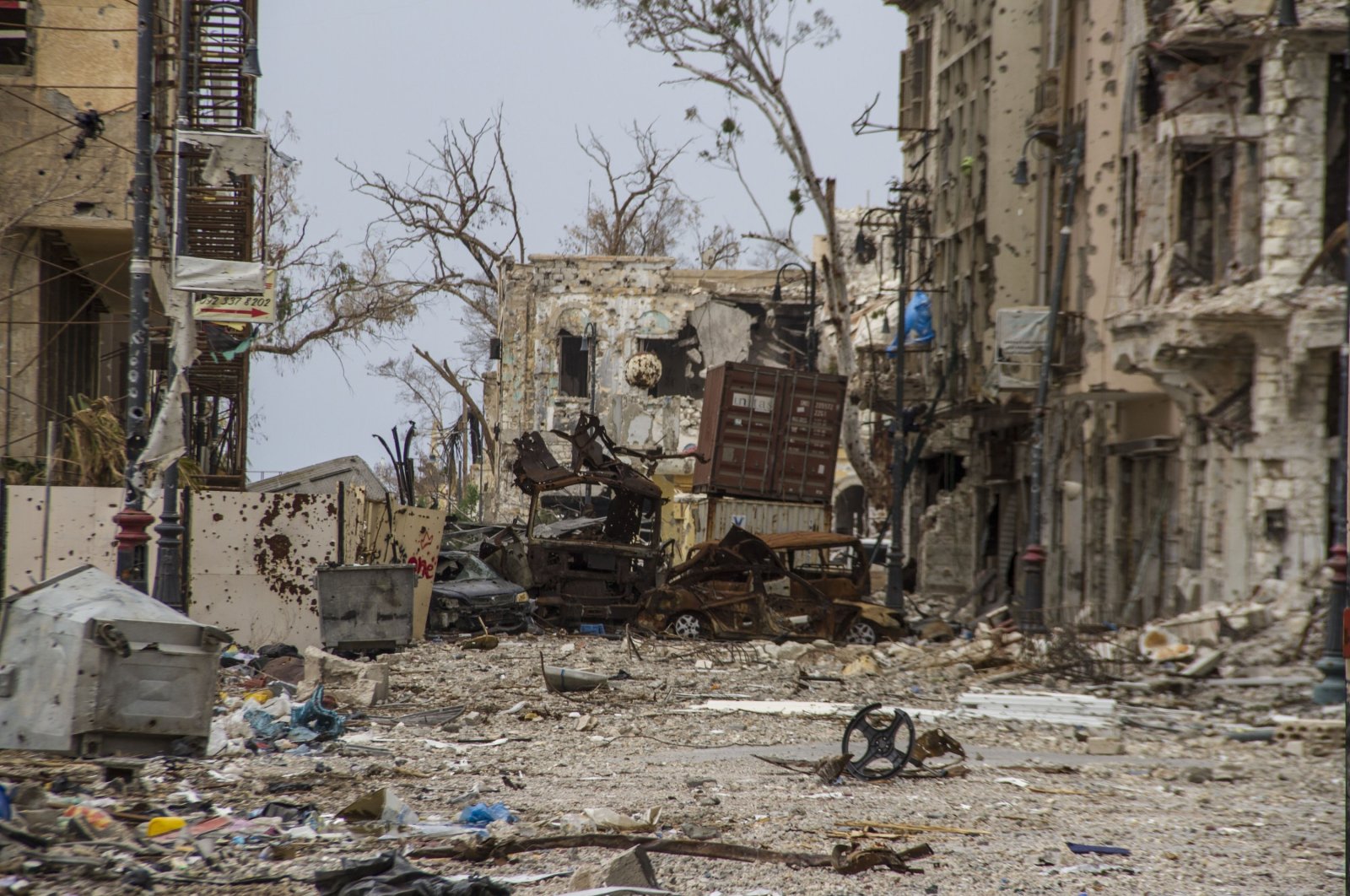 Dbeibah's remarks came during a cabinet meeting in the capital Tripoli.

"The government will establish funds for rebuilding cities damaged by the war such as Benghazi, Tripoli and Sirte," he said, without giving further details.

There are no official estimates of the cost of the reconstruction projects needed in Libya. However, Mohammad Raied, the head of Libya's General Federation of Chambers of Commerce and Industry, estimated the cost of these projects at around $50 billion.

On Feb. 5, Libya's rival political groups agreed during U.N.-mediated talks in Geneva to form an interim government to lead the country to elections this December. Libyan delegates elected Mohammad Menfi to head a three-member Presidential Council and Dbeibah as the new prime minister.

Libyans hope the government will end years of civil war that have engulfed the country since the ouster and killing of dictator Moammar Gadhafi in 2011.

The 5+5 Joint Military Commission held a meeting Tuesday in the coastal city of Sirte to discuss security issues. Menfi and U.N. Special Envoy to Libya Jan Kubis took part in the discussion. Representatives from the warring sides discussed the opening of the coastal road along the north of the country and the departure of foreign mercenaries, the Presidential Council said in a statement following the meeting. Efforts to open the coastal road linking Sirte to Misrata have concluded after the region was cleared of mines and several security points have been established in the area, the statement noted.

Although the peace process has been ongoing without major conflicts so far, there are still occasional disagreements that trouble the country and raise concerns about the possibility of achieving stability.

Putschist Gen. Khalifa Haftar's militia welcomed the election of the transitional authority and the renegade general continues to operate independently from the legitimate government. Haftar continues to lead armed militias, calling himself the "Commander in Chief of the Libyan Army," in complete disregard of Menfi, head of the Presidential Council.

On Sunday, the Libyan premier had to cancel a planned visit to Benghazi after Haftar's militia barred a plane carrying government protection and protocol personnel from landing.

Haftar on Wednesday demanded an apology from Dbeibah for his recent remarks on the eastern city of Benghazi.

On Thursday, Dbeibah said during a tour in the capital Tripoli, where he met with displaced people from Benghazi, that: "Benghazi will return to the homeland and you will return to your families."

In a statement broadcast by the pro-Haftar Libya al-Hadath TV channel, the militia, which calls itself the "General Command of the Libyan Arab Armed Forces," said it "has received hundreds of requests from various segments of society and from all tribes and families of the martyrs and the wounded that the Prime Minister, Mr. Abdul Hamid Dbeibah, must present an explicit and clear apology for what happened when he mentioned last week that Benghazi will return to the homeland."

"These statements are rejected, and he (Dbeibah) must respect the blood of the martyrs who sacrificed their lives against terrorism and extremism," the statement said.