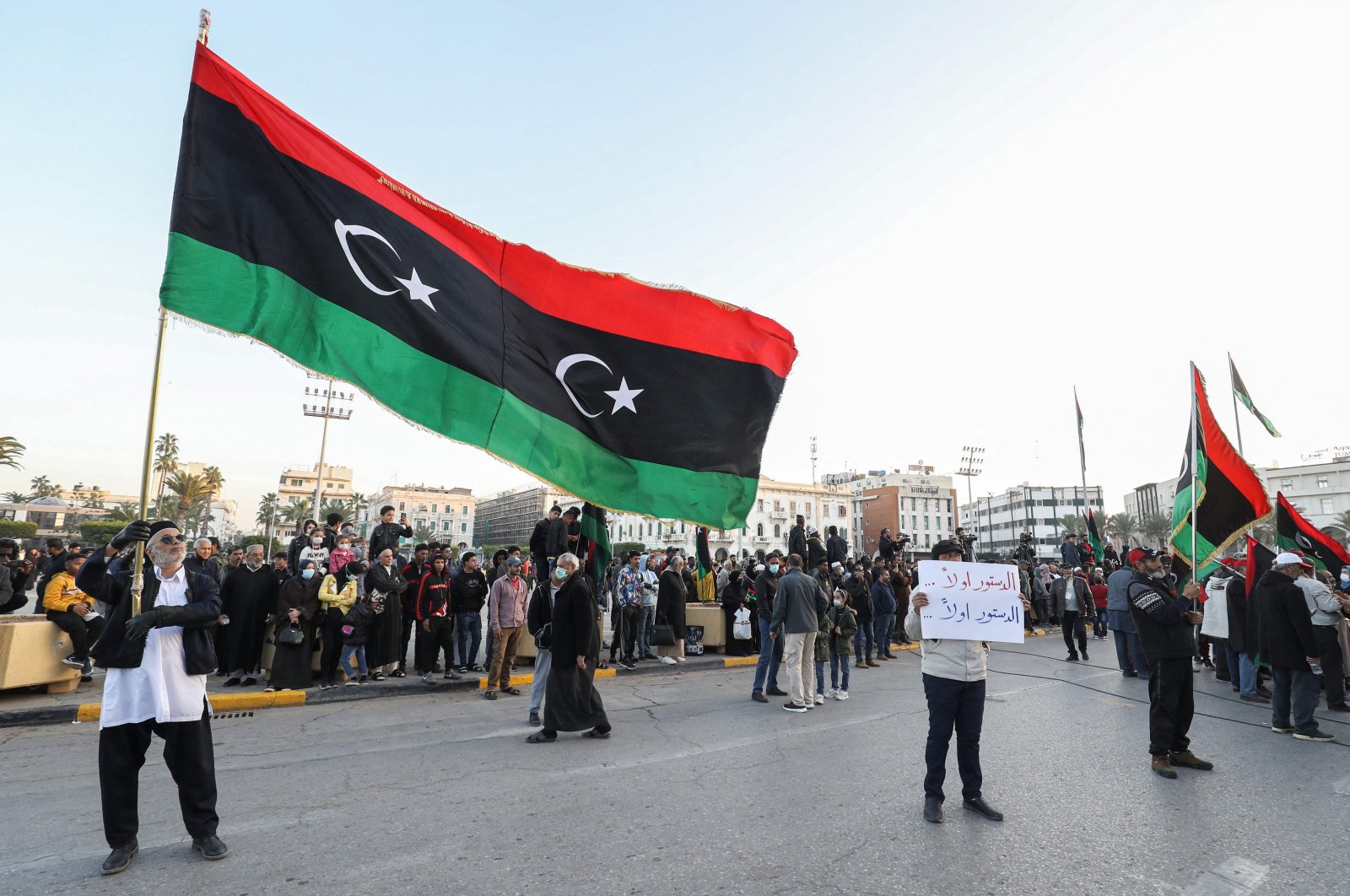 Libyan lawmakers held a meeting on Monday to discuss the challenges that led to the postponement of the presidential elections earlier this month.

The vote has faced many obstacles, including controversial presidential hopefuls, disputes over laws governing the elections, occasional infighting among armed groups, and the long-running rift between the country’s east and west.

The parliament, based in the eastern city of Tobruk, convened to decide on the proposal by Libya’s election commission to hold the vote on Jan. 24. Under the proposal, the presidential election would be followed by parliamentary elections a month later, on Feb. 15.

There were no immediate details from Monday’s parliament session held in the eastern city of Tobruk. Abdullah Bliheg, spokesperson for the legislature, said lawmakers would discuss “means to support” the election commission's efforts to hold the vote.

A few dozen people protested outside the parliament’s headquarters in Tobruk, calling for holding the vote as soon as possible. They held placards with slogans including: “The Libyan people reject the election postponement.”

Libya's nationwide elections have for a year been the lynchpin of U.N.-mediated efforts to bring peace to the oil-rich North African nation.

Other key obstacles on the road to balloting are a long-running rift between the country’s east and west and the presence of thousands of foreign fighters and troops supporting either side.

The failure to hold the vote last Friday has fueled concerns that Libya could again slide into another major outbreak of fighting.

Libya plunged into turmoil after a NATO-backed uprising in 2011 toppled dictator Moammar Gadhafi, who was later killed.

In recent years, the country has been split between rival governments: One in the east, backed by putschist Gen. Khalifa Haftar, and a U.N.-supported internationally recognized government in the capital of Tripoli in the west.

A looming political vacuum is another threat, with some lawmakers arguing that the mandate of the interim government ended on Dec. 24, the day the vote had been scheduled.

Suliman al-Harrari, head of the parliament’s internal affairs committee, told Fawasel, a media website, that the legislature would deliberate whether the interim government could remain at the helm until the vote takes place.

Major Western governments have called for the government to remain in power until the vote is held to avoid chaos and confusion.

“The transfer of power from the current interim executive authority to the new executive authority shall take place following the announcement of the results of such early and prompt parliamentary and presidential elections,” a joint statement from the U.S, U.K., France, Germany and Italy said Friday.

The government – a three-member Presidential Council and a Cabinet headed by Prime Minister Abdul Hamid Dbeibah – was appointed earlier this year, with the task of leading the nation through the Dec. 24 vote.

Dbeibah had also announced his bid to run for president.