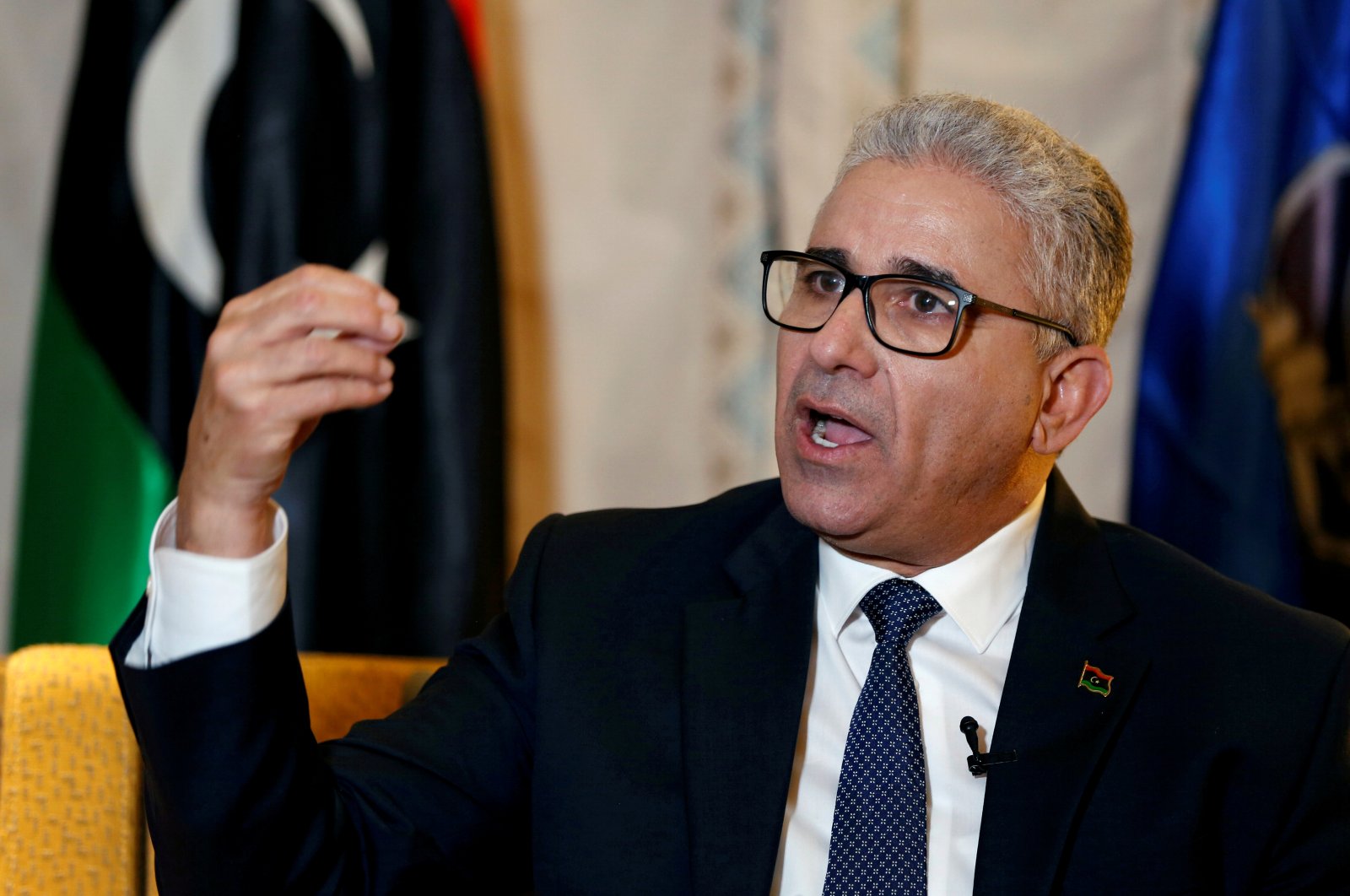 Fathi Bashagha's convoy "was fired on from an armored car while he was on the highway" near the capital Tripoli, a member of the legitimate Government of National Accord's (GNA) inner circle said.

"His police escort returned fire. Two of the assailants were arrested," the source added as quoted by Agence French-Presse (AFP).

A third suspect, identified as Radwan Al-Hangari, later died at the hospital, according to the same source, who added that the three assailants hailed from Zawiya, 50 kilometers (30 miles) west of Tripoli.

An interior ministry official confirmed that Bashagha was unharmed.

In a statement, the ministry said Bashagha had been targeted in an "assassination attempt as he returned from his residence in Janzur."

It said the attackers used an armored Toyota truck fitted with a machine gun.

Security forces responded and arrested the militants, but a guard was wounded in the attack, it added.

Earlier Sunday, Bashagha met with Mustafa Sanalla, head of Libya’s National Oil Corporation (NOC), to discuss the security of oil facilities and how to strengthen the corporation’s independence to “ensure a fair distribution of wealth among all Libyans.” He posted a photo of both of them on his Twitter account, calling their meeting “fruitful."

Bashagha, a heavyweight in Libyan politics and a champion of anti-corruption efforts, has stepped up efforts in recent months to absorb armed groups into state security forces while trying to rein in those acting outside the state, a campaign rejected by some groups.

The 58-year-old has served as interior minister for the GNA since 2018 and had been a favorite to lead a new interim government under the U.N.-led peace efforts following an October cease-fire last year.

The post finally went to Abdul Hamid Dbeibah, a 61-year-old engineer who has called for reconstruction, democracy and reunification in Libya.

Libya has been riven by violence since a 2011 NATO-backed uprising that toppled and killed dictator Moammar Gadhafi. Two rival administrations, backed by an array of militias and foreign powers, had battled for control of the oil-rich country.

After pro-GNA forces, backed by Turkey and Qatar, last summer repelled a year-long offensive by eastern-based putschist Gen. Khalifa Haftar to seize the capital, the U.N.-backed cease-fire set the stage for talks aimed at reaching a political solution to the conflict.

Dbeibah and a three-member presidency council were elected by U.N.-selected delegates at the talks in Switzerland on Feb. 5. They will lead the country to elections set for Dec. 24.

While some have voiced hope for meaningful peace talks, the apparent attempt on Bashagha's life was a stark reminder of Libya's precarious security situation and the sway of armed groups across the chaos-ridden country.

Libya's new administration strongly condemned the assassination attempt Sunday on the country's interior minister. Dbeibah made the remarks on Twitter in a joint statement with the chairperson of the Presidential Council, Mohammad Younes Menfi. They called on the judiciary and law enforcement officers to conduct a transparent and thorough investigation into the incident and those involved.

The two leaders expressed their condolences to the family of the person who lost his life in the incident.

The State High Council in a statement condemned the assassination attempt on the interior minister.

A similar condemnation came from the speaker of the House of Representatives in Tobruk, Aguila Salih.

While Turkey condemned the assassination attempt, Foreign Minister Mevlüt Çavuşoğlu on Monday spoke over the phone with Bashagha and conveyed well-wishes to him.

Besides, Defense Minister Hulusi Akar also spoke over the phone with Bashagha. Receiving details about the attack from him, Akar extended a message of unity and solidarity for Libya.

The U.N. special envoy to Libya, Jan Kubis, also urged for a “full, rapid and transparent investigation" into the incident, saying it was aimed at “derailing the political process and other efforts in support of Libya and its people.”

He said the attack has also shown "how important it is to keep all the arms only in the hands of the legitimate authorities.”

The European Union's ambassador to Libya, Jose Sabadell, demanded a "full investigation," tweeting that "this hateful action must not affect ongoing political process."

Italy urged "all Libyan actors to refrain from any action that would jeopardize the path towards the stabilization of Libya."

The U.S. Embassy in Tripoli voiced "outrage" and said Bashagha's "focus on ending the influence of rogue militias has our full support."