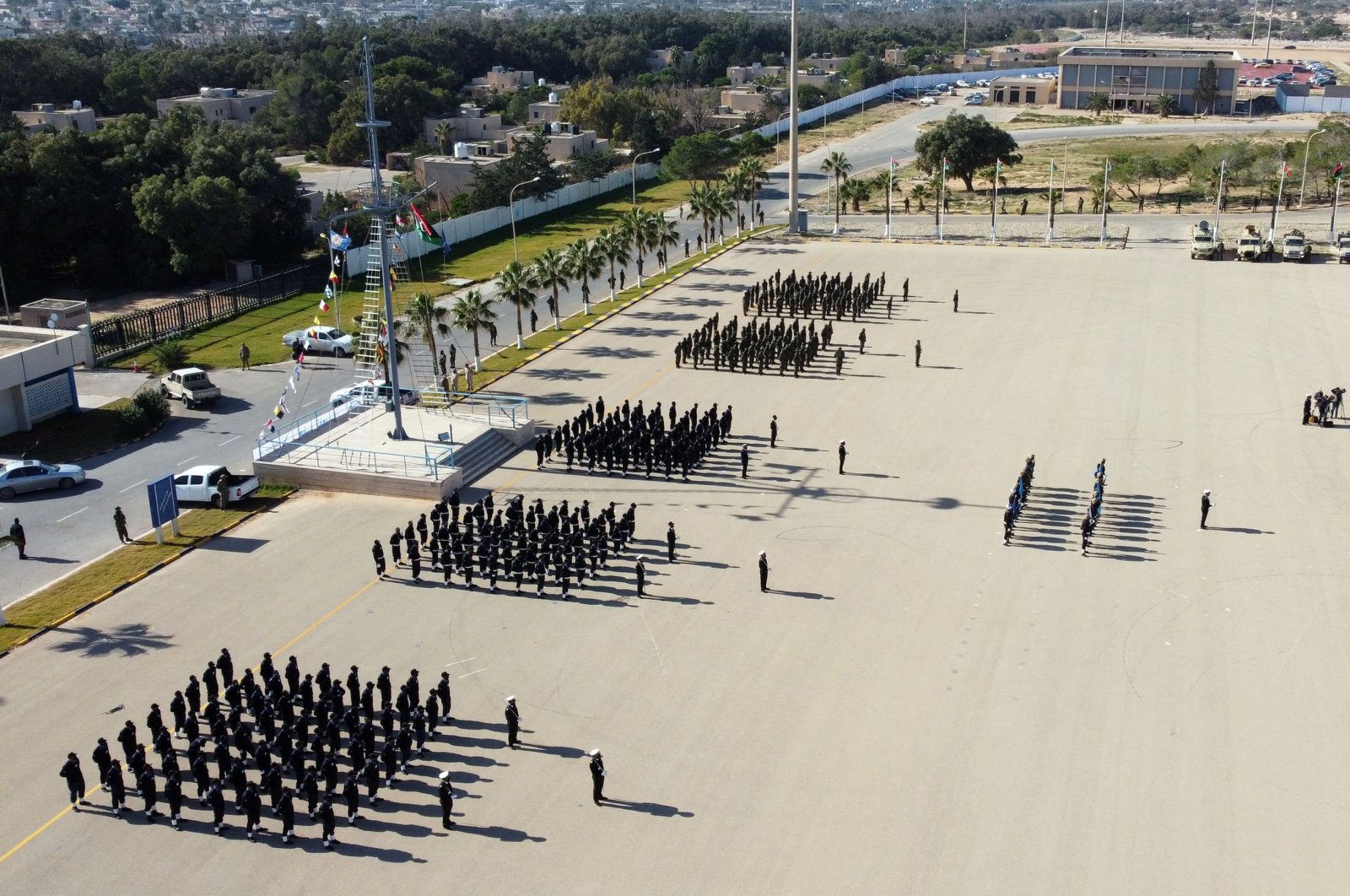 Members of Libya's maritime forces parade during the reopening ceremony of the Libyan Academy of Maritime Studies, after it was closed down for more than a decade, Tripoli, Libya, Dec. 22, 2021. (AFP File Photo)
by DAILY SABAH Jan 11, 2022 9:47 am
RECOMMENDED

Libya’s Joint Military Commission pledged to support national conciliation and noted that it is against all regional and inter-tribal conflicts, in a statement made Monday following a meeting in the city of Jadu.

In a statement released after the meeting, the commission pledged to also support the military forces loyal to the government and noted that it has established a committee to communicate with the military and relevant institutions.

“Libya’s Joint Military Commission rejects all regional or inter-tribal debates and conflict,” the statement said, adding that it is necessary to immediately finalize steps for a fair transition and an extensive national conciliation.

“We reiterate our full commitment to the principles of the Feb. 17 Revolution,” the commission added.

Meanwhile, Ahmad Yakhluf, the chairperson of the Jadu Military Council, told Anadolu Agency (AA) that they would like to revive the joint military commissions, which he said were the “seeds” of the Feb. 17 revolution.

Noting that they will take steps in contact with the presidency, the Defense Ministry and the general staff, Yakhluf said a structure to protect revolutionists is necessary.

In December, the country was supposed to hold elections but was unable to do so due to legal problems, according to the elections commission.

The poll was meant to take place just over a year after a landmark east-west cease-fire in a country that has been ravaged by a decade of conflict since the 2011 revolt that overthrew dictator Moammar Gadhafi.

But the run-up to the country's first-ever presidential election has been overshadowed by angry disputes over its legality and the candidacies of several controversial figures.