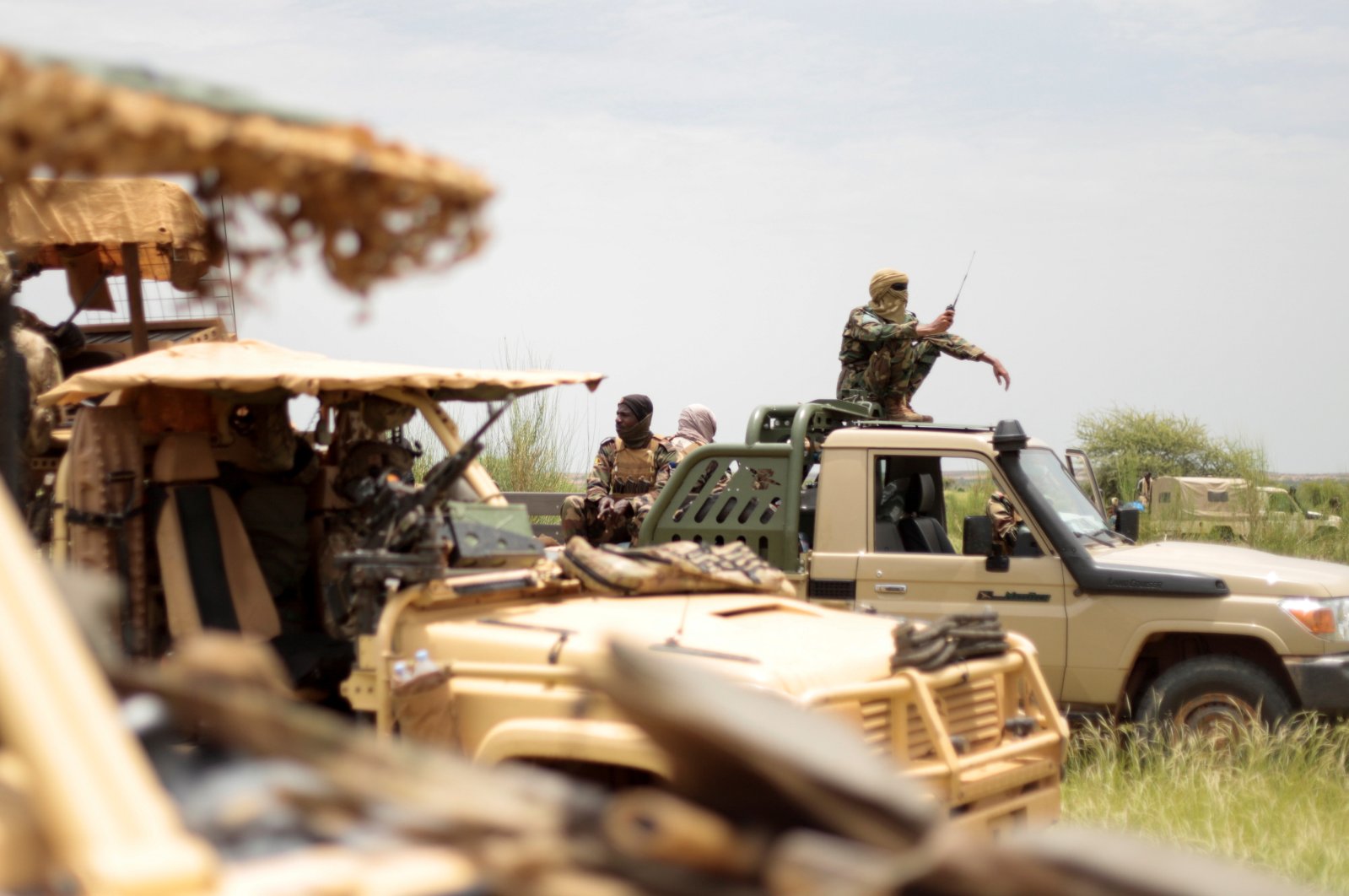 Malian soldiers are pictured during a patrol with soldiers from the new Takuba force near Niger border in Dansongo Circle, Mali, Aug. 23, 2021. (Reuters Photo)
by French Press Agency - AFP Oct 06, 2021 11:51 am
RECOMMENDED

Tensions between France and its former colony Mali – where Paris intervened militarily against extremists in 2013 – have been high since it emerged that the Sahel state is in talks with Russian mercenaries.

These tensions spilled over at the U.N. General Assembly late last month, when Mali's interim Prime Minister Choguel Kokalla Maiga accused France of a "sort of abandonment in full flight" over its decision to reduce its military deployment in the semi-arid Sahel region.

Macron later told French media that Maiga's comments were "unacceptable" and suggested that Mali's government was "not even really one" – referring to the coup in Mali led by Col. Assimi Goita in May.

The war of words continued on Tuesday, when Macron called on Mali's ruling military to restore state authority in large areas of the country abandoned in the face of the extremists' insurgency.

"It's not the role of the French army to fill in for the 'non-work,' if I may describe it, of the Malian state," he told French media.

Later that day, Mali's Foreign Ministry stated that Foreign Minister Abdoulaye Diop had summoned France's ambassador to inform him of the Malian government's "indignation and disapproval" of Macron's comments.

"The minister called on the French authorities to show restraint, avoiding value judgements," the statement said, adding that Mali wanted a "constructive approach based on mutual respect."

France intervened in Mali after extremists seized control of the north in 2012, and Paris has since deployed thousands of troops across the Sahel region to combat the insurgency.

Despite its military presence, violence has spread to central Mali and to neighboring Burkina Faso and Niger. In Mali, thousands of people have died and hundreds of thousands have been displaced, while swathes of the country have little or no state presence.

France decided a major scaleback of its Sahel deployment in June, following a military takeover in Mali in August 2020, which forced out the elected President Ibrahim Boubacar Keita.

Col. Goita, who led the August coup, installed a civilian-led interim government. But he then deposed the leaders of that government in May, in a second coup.

Last month, it emerged that Mali's ruling military was close to hiring 1,000 paramilitaries from Russian private-security firm Wagner, which incensed France. The French government has stated that despite its planned troop drawdown, it remains militarily committed to the fight against extremists in the Sahel.