More than 70 students abducted from secondary school in Nigeria 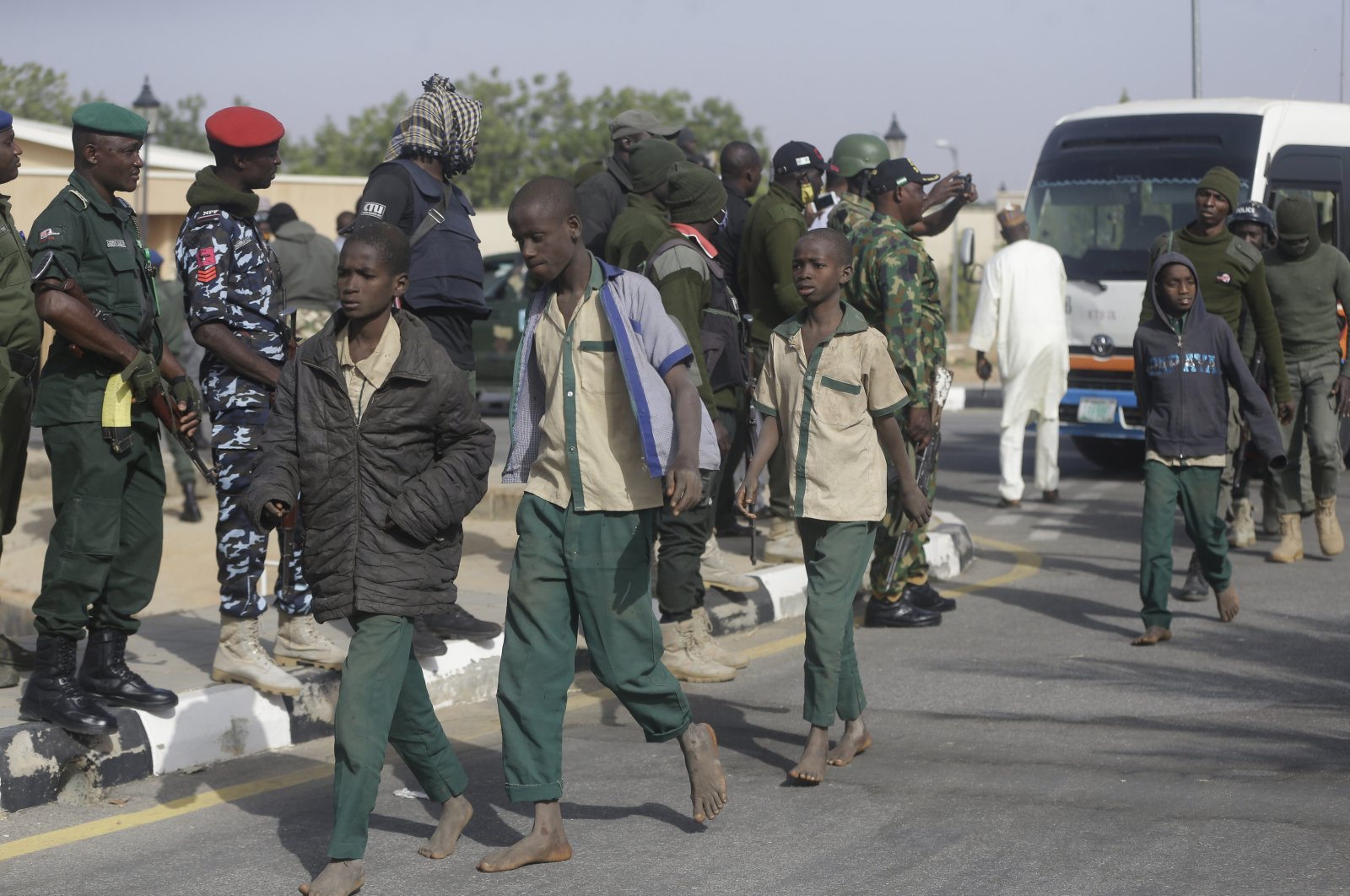 A group of schoolboys are escorted by Nigerian military and officials following their release after they were kidnapped, in Katsina, Nigeria, Dec. 18, 2020. (AP Photo)
by German Press Agency - DPA
Sep 02, 2021 2:32 pm

Some 73 students from a secondary school in Nigeria were abducted by gunmen, a police spokesperson in the northwestern state of Zamfara told German Press Agency (dpa), in the latest in a string of attacks targeting students in the West African country.

In response to the kidnapping, the authorities closed all primary and secondary schools in the state and imposed a night-time curfew.

The identity and motive of the perpetrators who attacked the Government Day Secondary School in the village of Kaya were unclear, said police spokesperson Muhammad Shehu.

Behind it are both terrorist groups, such as Boko Haram, and criminal gangs who seek to extort ransom.

There has been a dramatic increase in the number of abductions since the start of the year.

Authorities estimate that around 1,000 children have been kidnapped since December 2020. Many of the boys and girls have disappeared without a trace.

The most spectacular case occurred earlier this year when the gunmen kidnapped over 300 children.