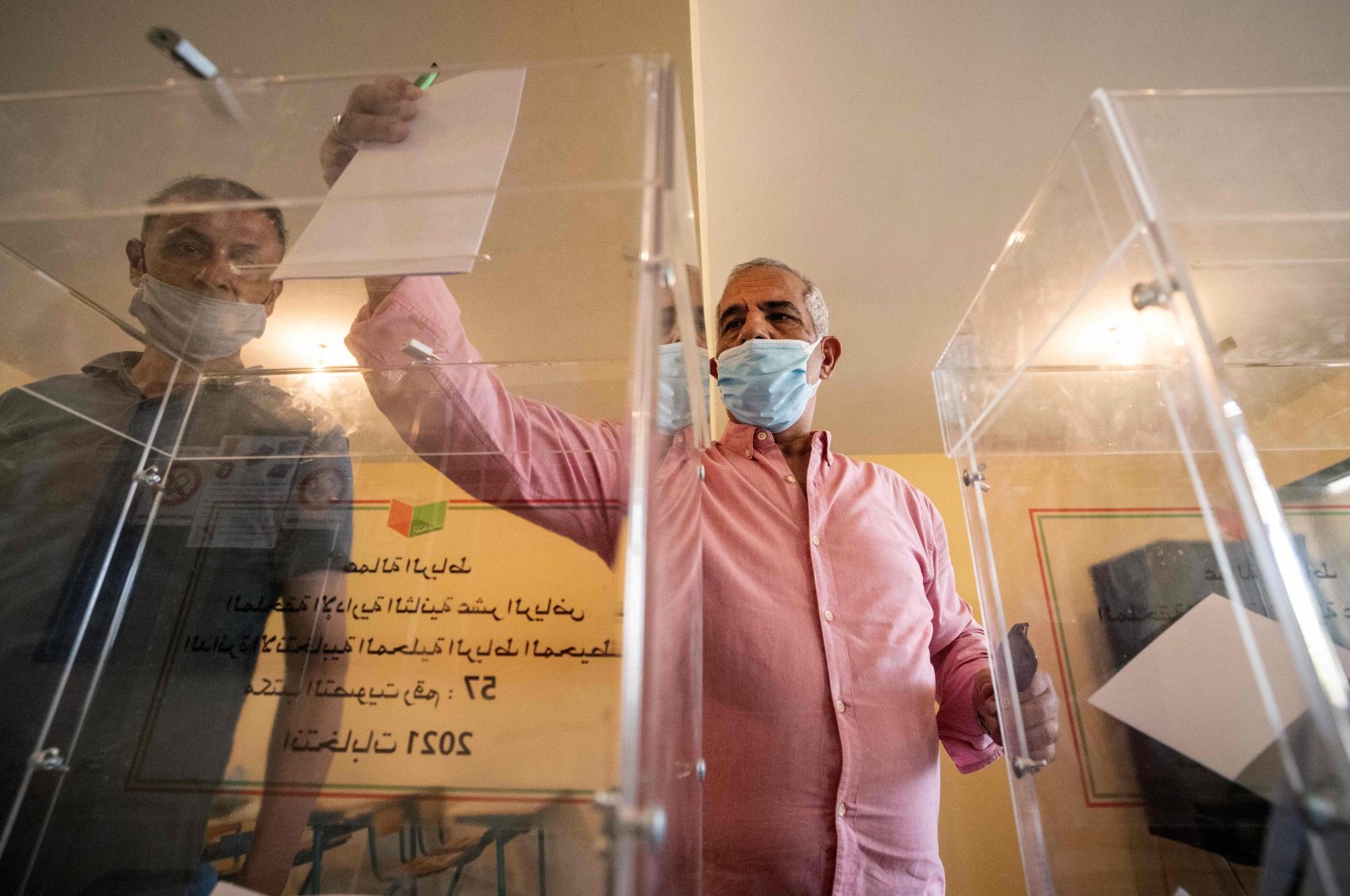 A voter casts a ballot during Morocco's parliamentary and local elections in the capital Rabat, Morocco, on Sept. 8, 2021. (Fadel Senna / AFP)
by Agencies Sep 08, 2021 2:25 pm
RECOMMENDED

Moroccans are choosing a new parliament and new local leaders on Wednesday in elections reshaped by the pandemic. Candidates are promising to create jobs and boost Morocco's economy, education and health care. The kingdom has been hit hard by the pandemic but has Africa's highest vaccination rate so far.

There are 17,983,490 eligible voters, out of the country’s 36 million population, who will cast their votes in 92 electoral districts distributed across the kingdom's 12 provinces. The Justice and Development Party (PJD), which leads the current government, and the National Rally of Independents (RNI), a coalition led by Minister of Agriculture Aziz Akhannouch, are the two main parties vying for seats in the 395-member House of Representatives, the country’s first chamber of parliament.

The Authenticity and Modernity Party (PAM), the largest opposition party, and the opposition Istiqlal Party, also emerged as an electoral force in the kingdom. The outcome of Wednesday's voting is difficult to predict since opinion polls on elections are banned. King Mohammed VI will name a prime minister from the party that leads the parliamentary poll to govern the nation for the next five years.

The race will likely be close and no matter which party wins the most seats, it will likely need to cobble together a coalition with other parties to form the government. Many voters hope the election produces solutions to local problems, from jobs to virus restrictions. While Morocco has one of the region’s strongest economies and a thriving business district in Casablanca, poverty and unemployment are also widespread, especially in rural regions. Morocco has seen thousands of despairing youth make risky, often deadly, trips in small boats to Spain’s Canary Islands or reach the Spanish mainland via the Strait of Gibraltar.

Strict safety guidelines in place as the kingdom grapples with a new surge of COVID-19 cases have restricted campaigning, so candidates stepped up efforts on social media instead. Voters are choosing among candidates from 31 political parties and coalitions.

They will also be selecting representatives for 678 seats in regional councils. Candidates weren't allowed to distribute leaflets and had to limit campaign gatherings to a maximum of 25 people. Morocco has registered more than 13,000 coronavirus-related deaths since the start of the pandemic, according to figures from the Moroccan Health Ministry.

The PJD has been at the helm of the government since 2011, and now seeks a third term. With Prime Minister Saad-Eddine El Othmani, the party has campaigned on raising the competitiveness of Morocco’s economy.