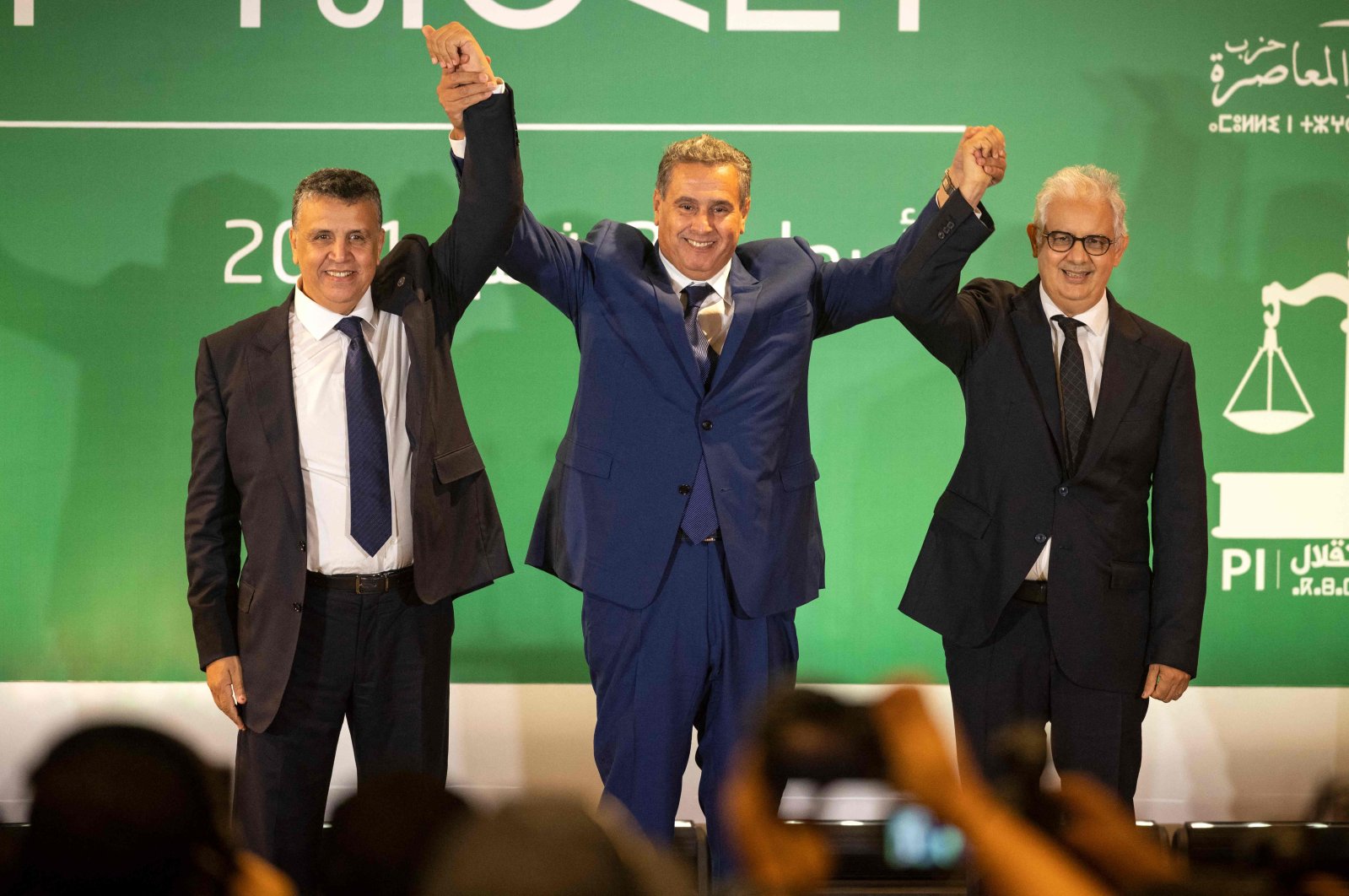 Morocco's designated Prime Minister Aziz Akhannouch said on Wednesday that the three biggest winners of this month's parliamentary election – the liberal National Rally of Independents (RNI), the Authenticity and Modernity Party (PAM) and the Istiqlal Party – had agreed to form a new cabinet.

"The three parties will work on proposing the names of competent and responsible ministers," Akhannouch, who is also the RNI Secretary-General, told a joint press conference with his counterparts Abdelatif Ouahbi of PAM and Nizar Baraka of the Istiqlal Party.

King Mohammed VI on Sept. 10 designated billionaire Akhannouch to form a new government after his party came first in the election, taking 102 of the 395 seats in parliament. The three parties would together command a comfortable majority, holding 270 seats compared to the 198 needed to pass legislation. Before he can announce the cabinet line-up, Akhannouch must clear it with the king, who has the ultimate say on all major issues. The moderate Justice and Development Party (PJD) party, which had been the largest in the previous two elections and whose leader had served as prime minister since 2011, crashed to a heavy defeat, getting only 13 seats. PJD said it would join the opposition together with leftist parties.

Akhannouch, whose fortune is estimated by Forbes at over $2 billion, said all three parties shared a common platform in focusing on economic and social reforms. In his press statement, Akhannouch promised that the coalition government will "work to implement the government program (that) will be the roadmap for its work."

The RNI, considered close to the palace, and PAM, founded by an influential royal advisor, had clashed during election campaigning, with the PAM accusing Akhannouch's party of vote-buying. But PAM head Ouahbi said Monday after meeting Akhannouch he had "received positive signs" and that "dialogue will continue."

During the past few days, Akhannouch met with leaders of the political parties represented in parliament as part of his consultations to form the government. The kingdom's constitution does not provide for a specific period for consultations to form a government. However, any coalition formation requires obtaining the approval of those who occupy half plus one of the seats in the parliament.