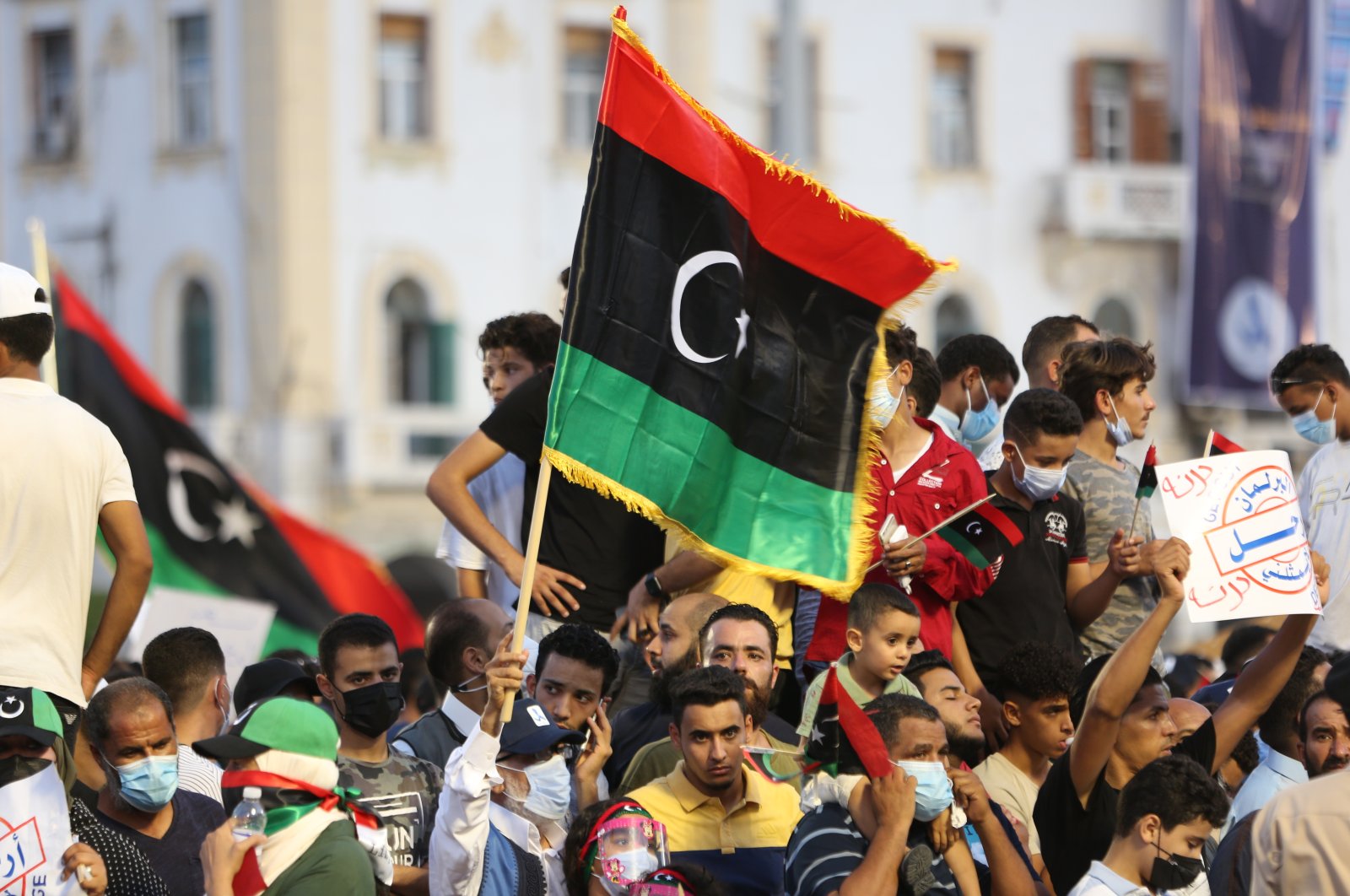 The head of Libya's Presidential Council Mohammad Younes Menfi warned on Saturday that a lack of consensus on an election law for the December polls poses risks for the war-torn country.

Speaking to Reuters in New York, Menfi said it was his goal to make sure the national presidential and parliamentary elections went ahead as planned on Dec. 24.

However, he added, "Not having a proper vision toward this election, (not having) this kind of consensus, is by itself a risk."

The elections were mandated as part of a road map drawn up last year by a political forum convened by the United Nations to end a decadelong crisis, but disputes over the vote threaten to unravel the peace process.

Libya has been racked by chaos and violence since the 2011 NATO-backed uprising that ousted Moammar Gadhafi, and it was split after 2014 between warring western and eastern factions.

Besides setting elections, the United Nations-backed road map produced a new transitional administration to take over from the rival governments that had emerged in Tripoli and the east during the civil war.

The road map installed a three-man Presidency Council drawn from Libya's three regions and headed by Menfi to act as head of state, as well as a Government of National Unity (GNU) headed by Prime Minister Abdul Hamid Dbeibah.

All sides in Libya and the foreign powers involved in the conflict say the elections must go ahead, but the U.N.-backed dialogue forum and Libya's existing institutions have not agreed on a constitutional basis for the vote.

The head of the eastern-based parliament, the House of Representatives (HoR), said this month the body had issued a law for a presidential election. It has said it is still working on a separate law for a parliamentary election.

But amid controversy over how the law was agreed in the chamber, and over clauses that critics of the speaker said were tailored to allow him to run without risking his current role, other state institutions have rejected it.

"The problem is not about the legality of the laws ... it's a political problem," said Menfi.

He said the legal basis for the election must be agreed by both the HoR and the High State Council (HSC), an advisory body created in 2015 through a U.N.-backed political agreement aimed at ending the civil war.

"This is a constitutional path which is the main responsibility of the parliament and the High State Council," he said.

Most recently, however, the speaker of the Libyan House of Representatives, Aguila Saleh, promised Saturday that he will hand over power as soon as a new assembly is elected.

We "will hand over power as soon as the new parliament is elected," Saleh told the local channel 218 in an interview that was shared by the parliament's media office.

Asked whether he will run for the country's presidency, Saleh said it is "inappropriate" for him to announce his candidacy "until the door for announcing candidacy is opened."

He stressed that Libya's solution lies in conducting elections and warned that any obstruction of the vote "will entail serious consequences and chaos."

Saleh also defended his move to withdraw confidence from the unity government of Dbeibah arguing that "it was for fear that it would continue to sign contracts that would result in large debts on the people."

The lower house vote, in a closed session overseen by speaker Saleh, came less than two weeks after he outraged opponents by ratifying an electoral law seen as bypassing due process and favoring eastern-based putschist Gen. Khalifa Haftar.

Potential candidates in the election include an array of factional leaders who divide opinion in Libya and there are questions over whether any vote could be free or fair when armed groups control most of the country.

Menfi said it was vital to ensure before any election that there was agreement on its legal basis and that all candidates would agree to accept the results.

"If they don't reach consensus, then sacrifice – let's all withdraw from this process and step down," he said.

He said the Presidency Council would step in only if the other bodies – the HoR, the HSC, the U.N. and its dialogue forum – were unable to resolve a legal framework.

"Our goal is to make sure elections happen and we hand over on the 24th whatever happens," he said.