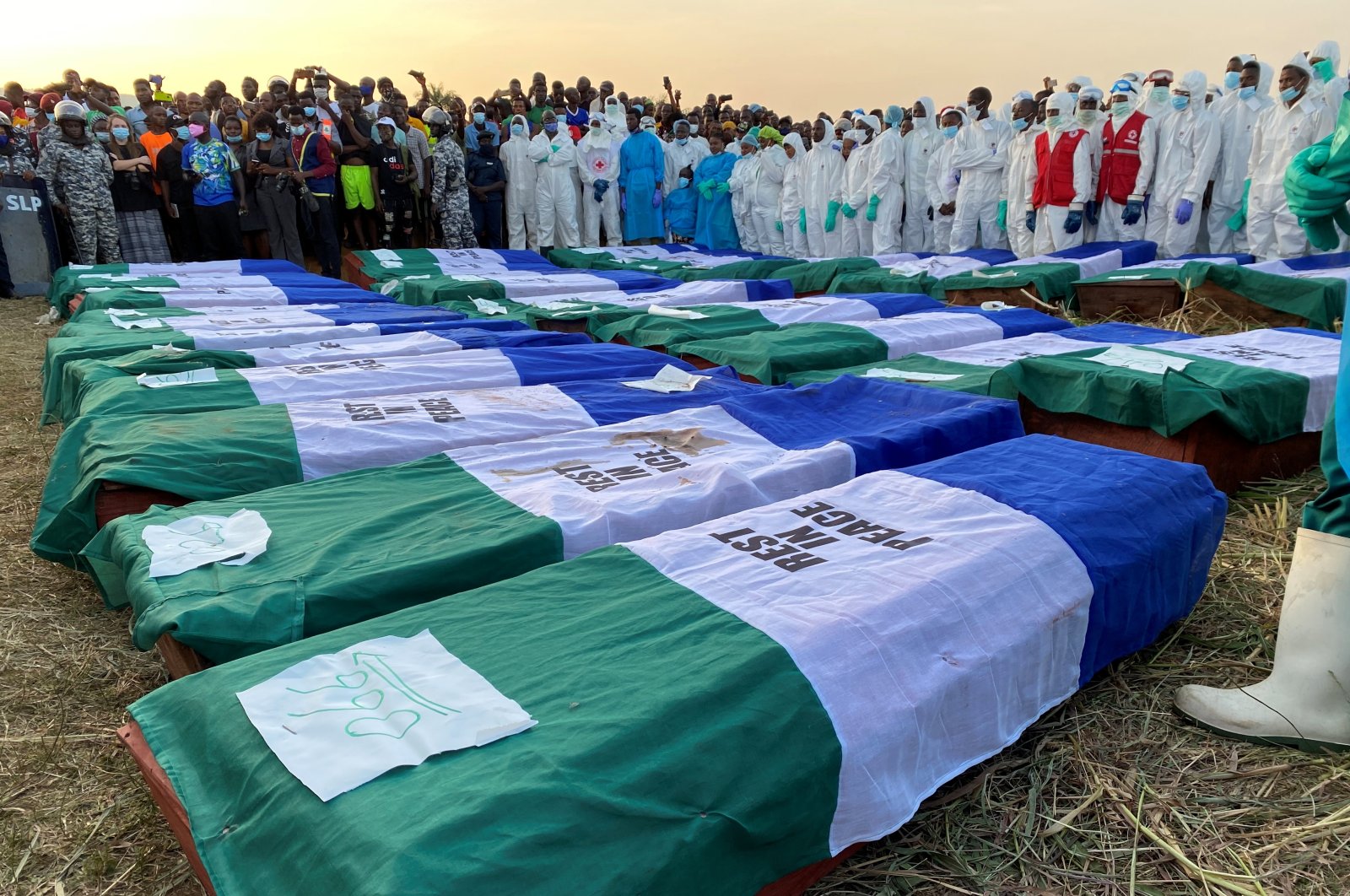 Coffins containing the remains of victims of the fuel tanker explosion are pictured during a burial ceremony at a cemetery in Freetown, Sierra Leone, Nov. 8, 2021. (Reuters Photo)
by French Press Agency - AFP Nov 10, 2021 7:39 pm

The explosion from a fuel tanker that blew up in Sierra Leone's capital Freetown last week has now claimed 131 lives, authorities said Wednesday.

The disaster happened when a lorry crashed into a fuel tanker on Friday in an industrial area of Freetown.

A crowd gathered to try to scoop up leaking fuel but the tanker then blew up, engulfing them in a fireball.

The country made an appeal for blood donations and bandages, painkillers and infusion fluids for the injured.

A former British colony of 7.5 million people, Sierra Leone is one of the poorest countries in the world, despite mineral wealth that includes diamonds.